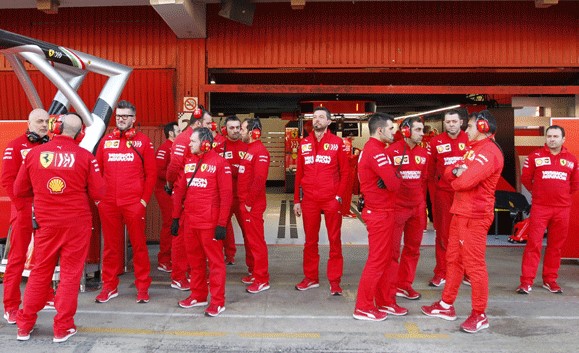 (GMM) Two refugees were discovered hiding in a Ferrari team truck when it arrived at Silverstone for the British GP.

"Two men were detained by Northamptonshire police on Wednesday night after being found in the back of a truck at the Silverstone Circuit," local police told the German newspaper Bild.

"They were arrested on suspicion of possessing a weapon, but no further action was taken," the statement added.

Bild said the refugees reportedly climbed aboard the Ferrari truck when it was on the French side of the Eurotunnel near Calais.

"It is said a Williams truck was involved in a similar incident," the newspaper added.