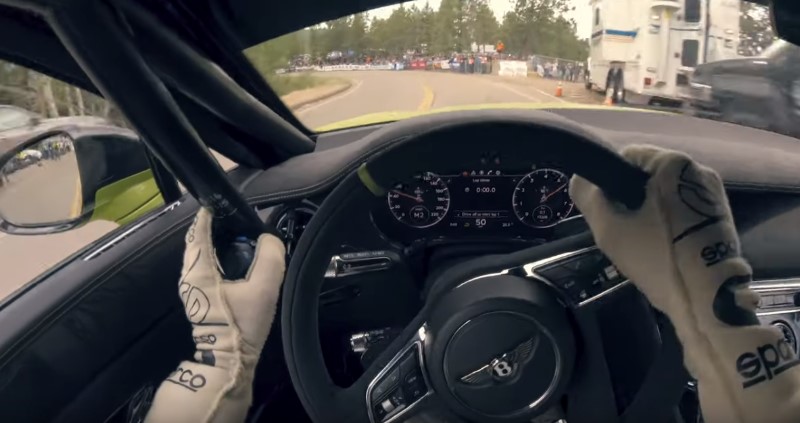 In its centenary year, Bentley is celebrating another record-breaking run at the world famous Pikes Peak International Hill Climb with the release of two new films.

Join driver Rhys Millen (NZ) on board the Bentley Continental GT as a new outright record for production cars is set by 8.4 seconds. A camera mounted to Rhys’ race helmet reveals footage from a driver’s point-of-view as he tackles the 156 corners, climbing almost 5,000ft in 10m18.488s.

A second film released today covers Bentley’s event highlights from the race build-up, helicopter footage of the run and post-race reactions from the Bentley team and Rhys Millen.