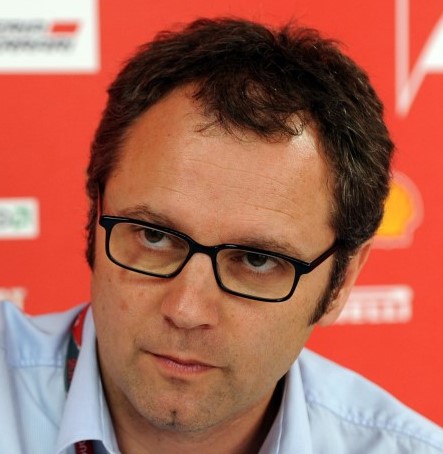 UPDATE #4 This rumor is downgraded to 'false' today. Porsche chief Matthias Muller has rubbished speculation parent group Volkswagen could soon be on the F1 grid.

Last week, Muller said the Porsche brand, despite now thriving at Le Mans with the likes of Mark Webber and in 2015 Nico Hulkenberg, has no interest in formula one.

"We think LMP1 is the future," he said, explaining that F1 in contrast appears to be "in more and more difficulty".

But no matter the strength and regularity of the denials, speculation that VW could soon be represented on the F1 grid with one of its brands always seems to persist.

The strongest contender at present would seem to be Audi, particularly as the ousted Ferrari team boss Stefano Domenicali is now heavily involved with the marque.

"It is going around again," he told the German news agency DPA, "I just don't know where it comes from.

"Let me tell you: in the discussions I have been in, it (F1) has never been seriously discussed in recent months," Muller insisted.

"Formula one costs so much money. I know what the successful companies are investing per year."

He also suggested that Bernie Ecclestone's eventual departure could destabilize the sport, "so there is no motive for us to say that this (entering F1) is even vaguely interesting to think about."

(GMM) Reports Audi is contemplating a future in formula one are once again gathering steam.

The rumors were refueled recently when ousted Ferrari team boss Stefano Domenicali resurfaced at Audi, one of the Volkswagen-owned German carmakers.

He started work in November, but Audi said his role was limited to the areas of service and mobility rather than motor sport.

However, on Thursday a report by the British broadcaster BBC said Italian Domenicali, 49, is in fact "conducting a feasibility study into a potential formula one entry" for Volkswagen.

The report has curiously coincided with news Bernie Ecclestone may soon be marginalized in his role, as the F1 chief executive and his VW counterpart Ferdinand Piech "have long had a difficult relationship", according to the BBC correspondent Andrew Benson.

"At least one of them would need to leave their current position before a VW Group brand could enter F1," he explained.

Impending changes at VW might also pave the road to F1, as former team owner and boss Eddie Jordan claims chairman "Martin Winterkorn is being groomed as Piech's successor".

Jordan, now a BBC pundit, said Winterkorn "has always believed that F1 is a great platform for the group's brands. I am told he privately believes VAG (Volkswagen AG) should be a part of F1."

Winterkorn told the German newspaper Bild am Sonntag last month: "Our brands in motor sport are as successful as ever, whether in the DTM with Audi or Le Mans with Audi and Porsche, or in the world rally championship with Volkswagen.

"We feel we have a really good position," he added.

12/04/14 The Volkswagen Group, the world's "second biggest car maker, is conducting a feasibility study into a potential Formula 1 entry," according to Andrew Benson of the BBC. Sources said that the review is being conducted by former Ferrari Team Principal Stefano Domenicali, who was hired by VW's Audi brand "earlier this year." Its interest is "being piqued by the global marketing success achieved by rivals and new F1 champions Mercedes." But any entry "would depend on management changes at VW or F1."

VW Group Supervisory Board Head Ferdinand Piech and F1 CEO Bernie Ecclestone have "long had a difficult relationship." VW was on the working group of car manufacturers that "decided on the new turbo hybrid engine rules introduced into F1 this season, but decided against entering at that time — and, publicly, has not changed its stance since."

Sources, however said that "some senior board members now believe F1 would be a more effective global promotional tool" than its existing motorsport programs. The global advertising value of Mercedes' TV appearances during its F1 campaign in '14 was $2.8B. Experts believe the "equivalent value for VAG" of their sportscar and touring car programs was about $30M. BBC

06/05/14 (GMM) Dr Helmut Marko has denied reports he is coaxing the major German carmaker Volkswagen into formula one.

Reports last week quoted the Red Bull director as saying the reigning world champions will take stock at the forthcoming Austrian grand prix and "decide on our future engine partner".

"Volkswagen is already in other racing series, with engines that are similar to formula one technology," he reportedly told Sport Bild magazine.

But while admitting Red Bull has been unhappy with its current supplier Renault in the new V6 era, Marko played down the VW reports.

"That (report) was a complete hoax," the Austrian told Die Welt newspaper.

"Our goal is to work with Renault to make an initial assessment at the grand prix of Austria; to put our data on the table and then either develop a plan to continue in 2015 or find a better way to improve our current situation as quickly as possible.

"That is the reality," Marko explained.

Marko does not, therefore, hide his disappointment with the Renault situation in 2014.

"There are massive problems not only for us but also for other teams with the Renault engine," he said.

But he denied reports Red Bull is prepared even to sue the French car manufacturer for losses accrued while the F1 engine crisis was being solved.

"That's nonsense," said Marko. "We're not suing anyone, especially not Renault. We're only lamenting the shortcomings of the engine.

"We also complain that Renault tackled the deficits that were made dramatically apparent in the pre-season tests too late in our view," he added.

Marko acknowledged that Renault's situation has improved markedly since the winter crisis, but he remains far from satisfied.

"It's not enough," he said. "We need to be capable of winning, and that's exactly the goal that we are aiming for with Renault."

05/28/14 (GMM) Red Bull is flirting with a change of engine supplier, according to reports on Wednesday.

Dr Helmut Marko has told Germany's Sport Bild that the reigning world champion team will assess the progress made by current supplier Renault at the time of its home Austrian grand prix at the Red Bull Ring in June.

"We have to decide on our future engine partner then," he said.

A partnership with Mercedes has already been ruled out, and becoming a customer of another arch-rival, Ferrari, must also be seen as highly unlikely.

Honda is returning to F1 as McLaren's works partner next year, with Red Bull magnate Dietrich Mateschitz recently saying he did not want to simply be a "customer" of the Japanese manufacturer.

"Volkswagen is already in other racing series, with engines that are similar to formula one technology," said Marko.