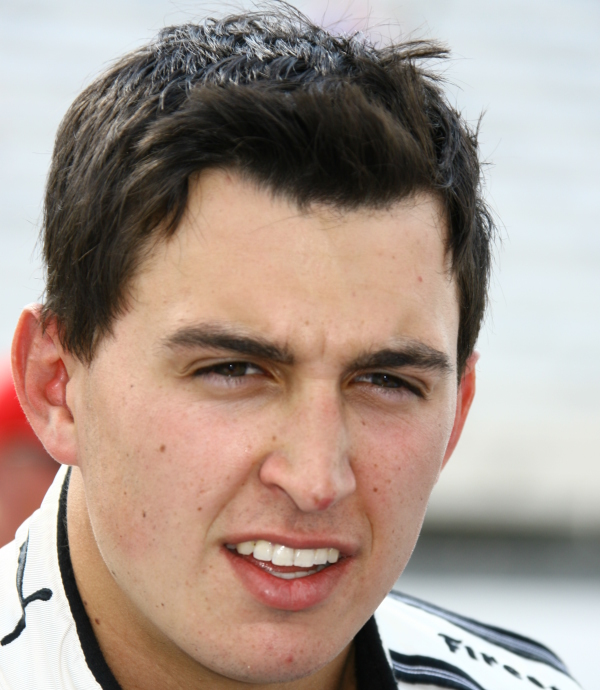 On a wet, dreary day in early April of 2008, a then-recently unified IndyCar Series was running its second race of the season in St. Petersburg, FL. Displaying talent and maturity beyond his years, a then 19-year old Graham Rahal captured an impressive first victory in only his 15th Indy car start.

And as young Rahal celebrated the momentous occasion with his father Bobby, a three-time CART champion, the future seemed bright. After all, young Rahal certainly had the bloodlines, and seemingly the talent and savvy to become one of the sport’s next great stars. Already, Rahal was being projected as the face of the newly unified IndyCar Series; the star, who many believed would help grow the sport, after more than a decade of senseless civil war. Unfortunately, things haven’t exactly worked out that way.

Sure, Rahal has remained a formidable driver, finishing in the top-10 of the championship the past two seasons, and boasting 11- career podium finishes. However, with 91 career starts and all or parts of six Indy car seasons to his credit, Rahal's career has seemingly stalled. The St. Pete victory remains Rahal’s lone win, as the young Ohioan has yet to fulfill the promise he displayed at such a young age.

And in fairness, Rahal is still quite young, and will be a mere 24 years of age when the green flag falls in the 2013 opener at St. Pete. Still, after, a lackluster 2012, in which he arguably regressed, and seemingly fell out of favor with his team, asking whether Rahal will ever become the star so many predicted is suddenly a fair question.

Historically speaking, there is evidence both for and against.

Now, it should be noted that young Rahal makes for something of a complicated study. For one, few drivers have begun their careers at such a young age. Even other second-generation drivers such as Michael Andretti and Al Unser, Jr. did not begin at the age Rahal did.

Also, while Rahal, has by and large spent a lot of his career with good teams, he hasn’t necessarily enjoyed the best equipment. For example, two of his three seasons at Newman/Haas were during the transitional years of 2008 of 2009, when the former Champ Car teams were adjusting to the IRL cars, and reportedly not receiving the most up to date parts. The past two seasons with Ganassi, Rahal was part of the “B" or “G2" operation. And on numerous occasions, Rahal has indicated he was less than pleased with the second-class citizen status he seemed to think the “G2" team had in the Ganassi empire.

In short, there are some elements of Rahal’s career that make a conclusive evaluation difficult.

Of course, the biggest factor working for Rahal is an obvious one: time. As mentioned earlier, Rahal will be only 24 when the green flag falls next March in St, Pete, younger than the age at which many of Indy car racing’s all time greats captured even their first win.

Thus, at 24, it would seem young Rahal is well ahead of schedule. If anything, evidence exists that Rahal may even be years away from entering his prime, as many Indy car drivers peak in their 30s. One modern example of this would be Franchitti, who has captured 21 of his 31 career wins in his 30s. Another example would be current IndyCar champion Ryan Hunter-Reay, who enjoyed a breakout season in 2012 at the age of 31.

The point of course, is Rahal has time: lots of it!

Still, despite Rahal’s youth, there is compelling evidence indicating Rahal may never become the regular race-winner/championship contender so many of us expected. See, if one studies the history of Indy car racing’s best with regards to races started, not age, Rahal is not ahead of schedule, rather well behind.

Remember, Rahal has 91 career starts, which is more than Bill Holland (65), Tommy Milton (89) and Ted Horn (71), who have 20, 21 and 24 career wins respectively. Strangely, Rahal has only three fewer starts than Bourdais who boasts 31 career wins.

Anyway, studying the 22 drivers with 20 or more wins reveals that to be an all-time great, winning early; or at least earlier than Rahal is paramount. In other words, if a driver isn’t successful early in his career (in terms of race starts), the chances of being an all-time great, diminish significantly.

See, when studying the history of Indy car racing, how a driver performs before 100 career starts is a much better indicator of career success than the afore-mentioned metric, age. In other words, history indicates that what you are at 100 career starts is well, what you’re likely going to be.

See, of those 22 drivers, only one, Johnny Rutherford, failed to score their second win before the 91 starts Rahal has already reached. Yes, “Lone Star JR" did not win his second race until start #130. And if you expand the list to the 43 drivers with ten or more wins, only one driver, Tony Kanaan, can be added to that list. Kanaan, who has 15 career wins, scored win #2 in start #96.

Thus, the only drivers, who have 10 or more wins, who scored win #2 later (in terms of starts) than Rahal are Rutherford and Kanaan.

Interestingly, both Kanaan and Rutherford also found their greatest success on oval tracks. Twelve of Kanaan’s fifteen career wins have come on ovals, while Rutherford scored 26 of 27 wins on ovals.

So, what does this all mean for Rahal? Hard to say.

Clearly, Graham is still coming into his own as a driver, and there is no doubt that having the full support of father Bobby’s team this coming year will help. Also, the incredibly early start to Graham’s career is something that has little historical parallel. Further, Rahal has been in some unique situations that are incredibly difficult to judge.

However, a look at the history of Indy car racing, tells us Rahal probably needs to start winning sooner than later. Remember, Rutherford is the only driver with more than 10 wins, who won his second race after 100 starts.

Now, could Rahal be the next coming of Rutherford? Possibly. There is no doubt he has shown flashes of brilliance. For example, his drive from the back of the field to third at Indianapolis in 2011, was extraordinary. He ran toe to toe with the best road racer of this generation Will Power at Baltimore that year as well, before an ill-advised pit stop took him out of contention.

Yes, Rahal has talent. Plus, he has the charisma, smarts, and business savvy that are necessary to survive in this age of financially driven racing decisions. The past three seasons, Rahal has put together sponsorship packages with TBC Retail. Undoubtedly, Rahal is committed to making himself supremely successful both on the track and off. Further, all indications are Rahal has a decade and a half left in IndyCar.

The question becomes, can he take that step forward. Given his youth, it would seem more than plausible. However, a look at the sport’s history suggests that if it doesn’t happen sooner, it assuredly won’t happen later.

Brian Carroccio is an IndyCar columnist for AutoRacing1.com. His first memory of Indy car racing is Danny Sullivan’s 1985 “Spin and Win," at Indianapolis.

Brian lives in Rockville, MD. He is a lifelong fan of the Washington Redskins and passionate supporter of Manchester United. You can follow Brian on Twitter @BrianC_AR1