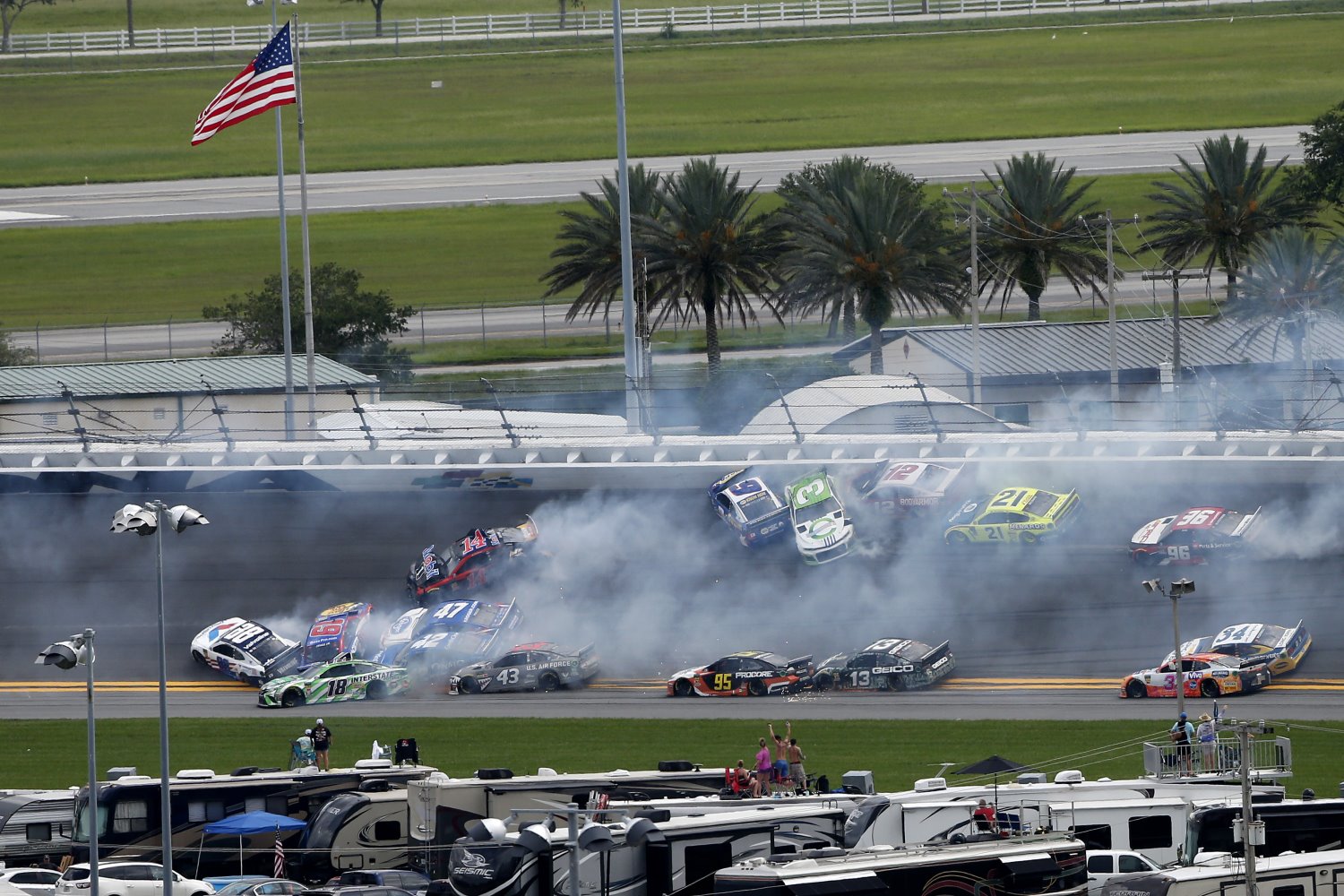 The race was originally scheduled for Saturday night, but inclement weather postponed it until Sunday. Stay tuned to NASCAR.com and NBC for updates.