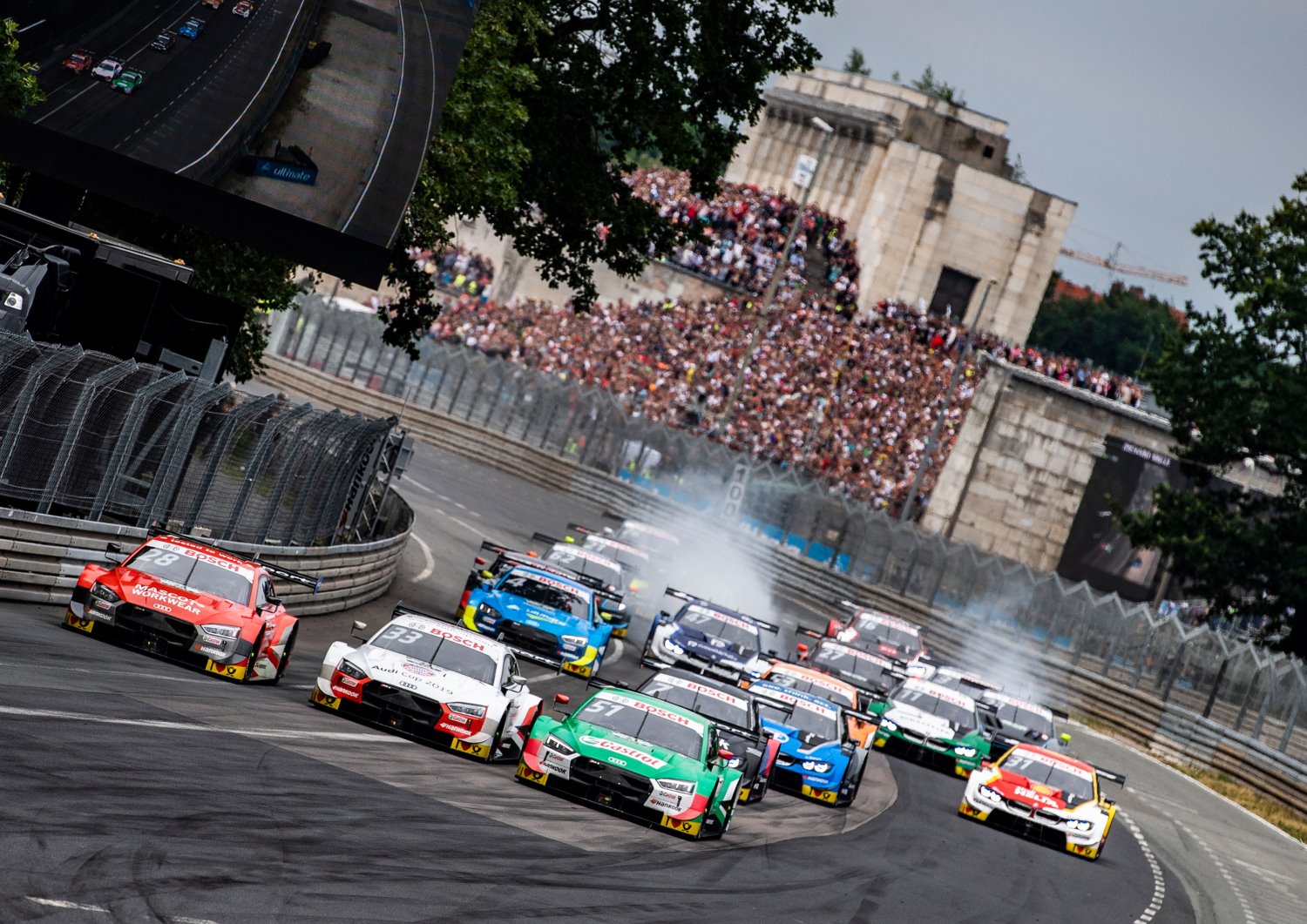 BMW's Bruno Spengler took a 5-sec. victory in the second DTM race at the Norisring to end a two-year victory drought.

Spengler claimed the lead on the opening lap and was pretty much always appeared in control of the race.

The key to Spengler's success: a brilliant start and clever tactics at the only street circuit on the DTM calendar. Before the Canadian, around one week after the Canadian national day, was able to accept the winner’s trophy from Albert II, Prince of Monaco, hard work was required.

Spengler's last victory to date was at Norisring in 2017. With a total of five victories, Spengler is now the DTM driver who has the highest number of wins in Nuremberg.

In the past, the 2.3 kilometer city street circuit between the Dutzendteich Lake and the Max Morlock Stadium proved to be a difficult track for the Audi brand with the four rings at most events. This has changed with the new Audi RS 5 DTM: The Class 1 race car with more than 610 horsepower broke all records in its first deployment at the Norisring.

Audi was in front in both free practice sessions, clinched pole position on both days, four of six possible podium finishes and the largest number of points. In addition, the new turbo race car set new track records in qualifying (Rene Rast) and in the race (Nico Muller).

An Audi trio in second, third and fourth place

Jamie Green (GBR, Audi) came out on top in the battle for second place and the minister-president of Bavaria, Dr. Markus Soder, presented him with the trophy during the prize-giving ceremony as a reward. The battle for third was intense: Robin Frijns (NED, Audi), Philipp Eng (AUT, BMW) and Loic Duval (FRA, Audi) were all in contention, but it was Mike Rockenfeller (GER, Audi) who secured the final podium slot.

For the two front-runners in the drivers’ standings, Rene Rast (GER, Audi) and Nico Muller (SUI, Audi), who were alongside each other on the front row of the grid, the second race at Norisring didn’t quite go according to plan. The two slightly tangled as they drove through the S-corner for the first time. The consequence: a spin for Rast, a drive-through penalty for Muller, and eventually a seventh- and eighth-place finish. Like on Saturday, Daniel Juncadella (ESP) scored points by finishing tenth, again as the best placed R-Motorsport/Aston Martin driver. Rast remains in the lead of the championship with 127 points, Muller has 102 points in second place, Eng is third with 101 points.

Albert II, Prince of Monaco
“That was an interesting race today. The DTM is a good series that is very well organized. The races are very competitive. I really liked the visit here in Nuremberg, the atmosphere at the Norisring is truly remarkable."

Gerhard Berger, Chairman ITR e. V.
“It was a great weekend. A good atmosphere, many spectators, great competition. I wasn’t just delighted with the visit by Prince Albert of Monaco, but also with the fact that minister-president Soder showed his support for motorsport with his visit. The DTM weekend at the Norisring is a highlight. This weekend, there has also been much talk about a possible race in Monaco at the occasion of Prince Albert’s visit. After what I have experienced today, I have to say: my dream would be two DTM events in the city, one in Nuremberg and one in Monaco. In any case, we are looking forward to racing here at the Norisring again next year."

Bruno Spengler, winner
“This victory is really great. I already came close at Zolder, but the safety car got into our way. Today, it wasn’t needed and we won. It was great fun, the car was sensational. Compared to yesterday, we improved significantly. A cool day for us, really mega. Now, we carry the momentum."

Jamie Green, 2nd place
“I had a nice duel for second place with Philipp Eng and I overtook him. We slightly tangled in the process, so I had to hand back the position back to him. Perhaps, the penalty was a little bit too harsh, because I have experienced much harder maneuvers in the DTM. With the first set of tires, I had some problems, the second stint went much better. All in all, second place is a great result."

Mike Rockenfeller, 3rd place
“Congratulations to Bruno Spengler and Jamie Green on first and second place. I think, between us, we probably are the most experienced DTM podium that you can have. My weekend started off well, but in qualifying on Saturday, we first had bad luck and then also had to take in a penalty. In the race on Saturday, I then also had to retire with a technical failure. Then also the penalty in qualifying today for which I am taking full responsibility. With that, we were in the middle of the pack. We had no other option than to give it all we had. I had good duels and the podium definitely is a nice reward."