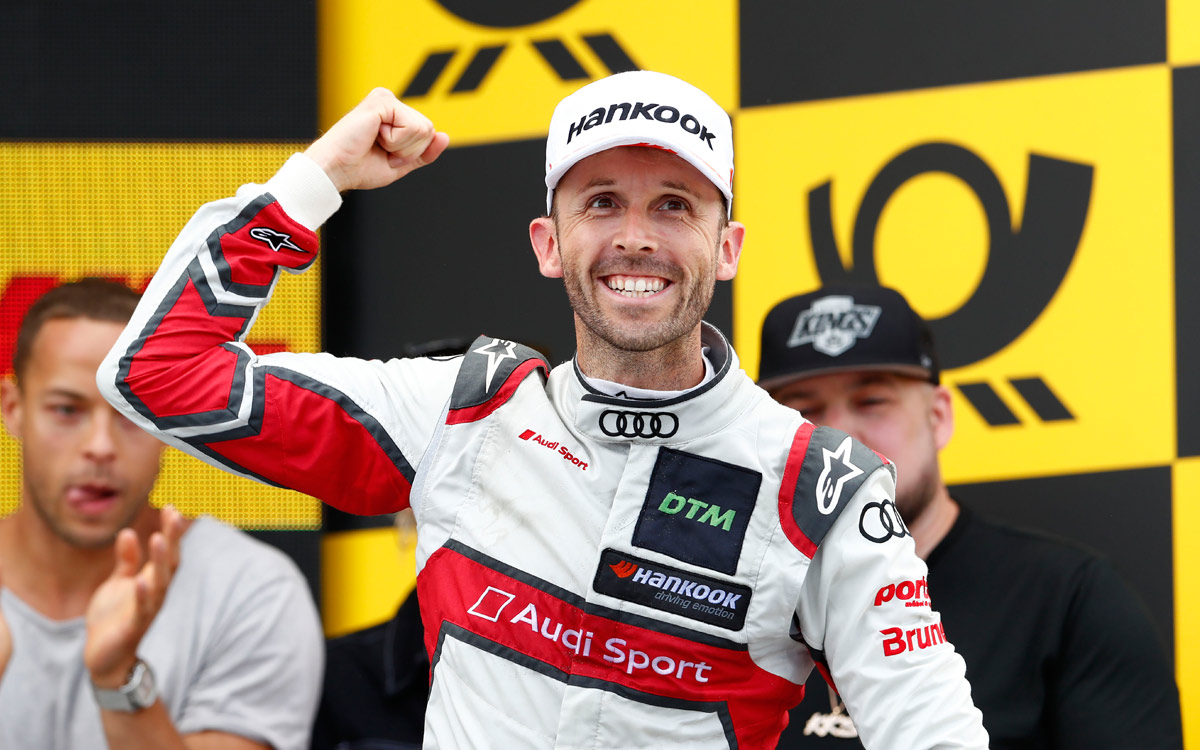 A rather poor start, but a brilliant comeback: with a brave strategy, Rene Rast (GER) claimed his third win of the season at the Norisring. In the DTM race on Saturday at the street circuit in Nuremberg, the 2017 DTM champion started third, but dropped to the back of the field after stalling his engine. Then, however, he made clever use of an early safety car intervention for a tactical move that saw him move up into the lead. DTM newcomer Aston Martin also shone. Daniel Juncadella (ESP) temporarily ran in fourth place in a turbulent and action-packed race and eventually finished sixth in the first race of the weekend.

Meanwhile, Nico Muller (SUI, Audi) and Joel Eriksson (SWE, BMW) battled for the remaining podium slots. After a highly entertaining duel over many laps, the order was only decided in the final corner when pole-sitter Muller worked his way past Eriksson, who had been running in second place for a long time. Loic Duval (FRA, Audi) finished fourth, Bruno Spengler (CDN, BMW) came fifth.

It was Rene Rast who wrote the story of the day. Prior to the first race at the Norisring between Dutzendteich and Alpha hairpin, he hadn’t scored any points at the venue during his DTM career. Today, Rast broke his curse in an impressive way. With his third win, the championship leader extends his margin in the drivers’ standings and did so with the most dominant victory in DTM history at the Norisring: at the finish line, his margin was 34.4 seconds. In 2014, Robert Wickens (CDN, Mercedes-Benz) had won, 23.906 seconds ahead of Jamie Green (GBR, Audi).