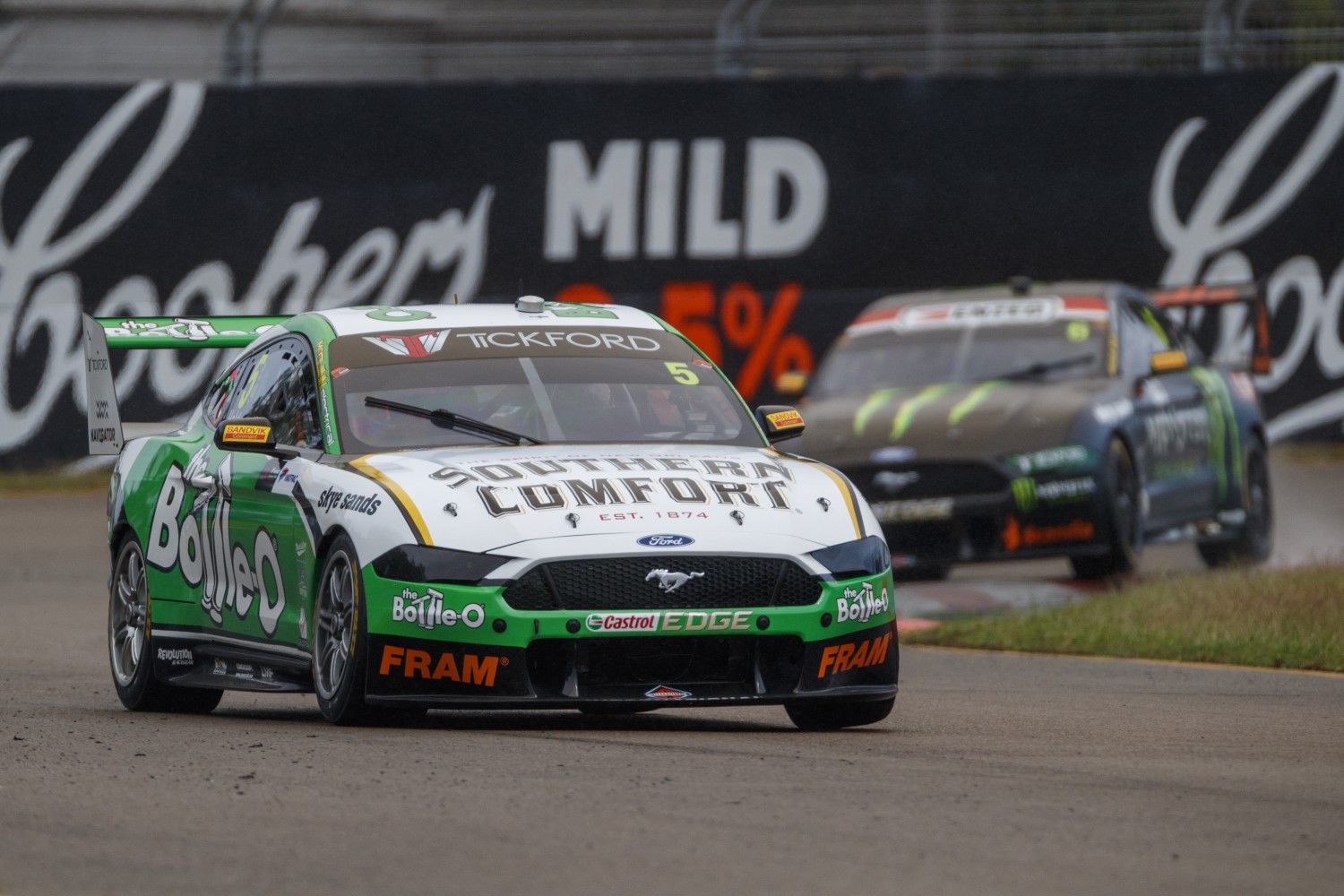 The Bottle-O Mustang driven by Lee Holdsworth has pipped Shane van Gisbergen to top the timesheets in the second practice session for this weekend's Watpac Townsville 400.

Holdsworth was just 0.01 ahead of van Gisbergen's Red Bull Holden and defending Virgin Australia Supercars Champion Scott McLaughlin, who was just 0.02 off Holdsworth's pace this afternoon.

Holdsworth claimed the first ever pole position in Townsville in 2009.

Less than one second separated the top 19 times this afternoon as drivers took full advantage of a dry track to finalize preparations for tomorrow's opening race of the weekend.

"I love this track, I’ve always enjoyed it around here," Holdsworth said.

"The Bottle-O car is really hooked up. We obviously didn’t get much of a chance to tune it today, but we’ve rolled out of the box with a pretty quick beast.

"Let’s hope we’re in the same position tomorrow after qualifying."

McLaughlin will be chasing his sixth consecutive race win in the Shell V-Power #17 Mustang tomorrow, but will need to fend off a host of rivals – including 10-time race winner in North Queensland, Jamie Whincup who was 16th this afternoon in practice.

Whincup narrowly missed the opportunity to clock a final lap at the end of the session.

"I would have missed the finish line by half a second I reckon, but that’s the way it goes," Whincup said.

"But overall we had a good session. We tried some radical things to try and improve the car speed.

"I don’t know if they’re better or not, we’re going to have to look at the data a little bit more."

Earlier today, Holdsworth's teammate, Monster Energy Mustang driver Cam Waters clocked the quickest lap time in opening practice. Waters has four podium finishes to his name in 2019 however is yet to win a race.

Tomorrow, drivers will get one more practice session in the morning to tune their Supercars to perfection ahead of the opening ARMOR ALL Qualifying Session of the weekend.

The first 200km race of the event will begin tomorrow afternoon at 2:50pm local time.