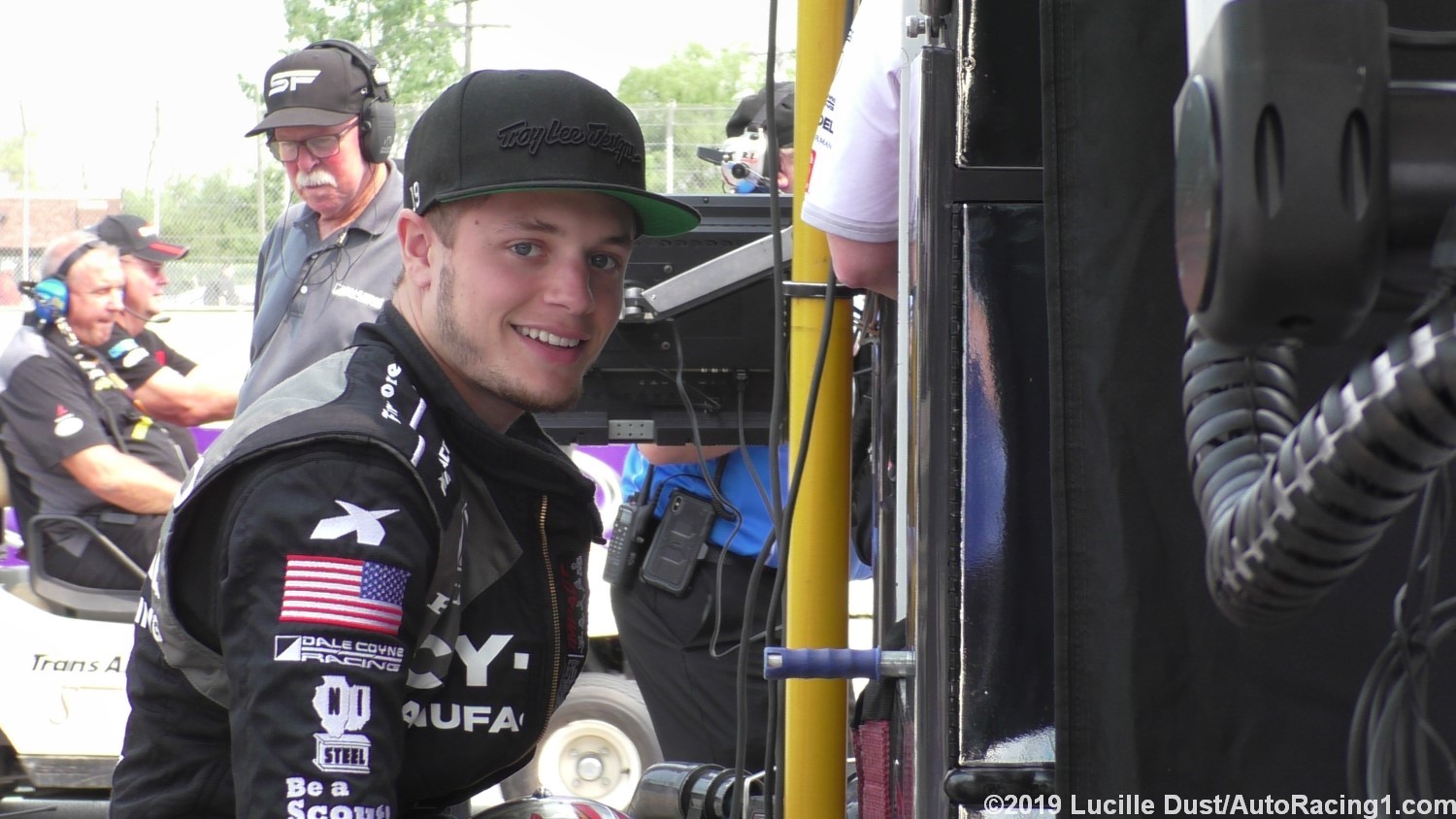 ELKHART LAKE, Wis. (AP) — Santino Ferrucci knows better than most drivers that one bad moment behind the wheel can lead to a long-lasting trail of Google results.

After a recent string of strong finishes in IndyCar, Ferrucci is showing off the driving skill that was never really in doubt — and, perhaps, beginning to repair a reputation that very much was in doubt after a run-in with a teammate in Europe last year that threatened to define his career.

"When you mentally crack under pressure as a driver, and you hit a breaking point, you can only get stronger from that," Ferrucci said. "You get stronger. You learn to hold your composure."

Coming into last week's IndyCar race at Road America, Ferrucci had finished in the top 10 in four of the previous five races. That includes a seventh-place finish at the Indianapolis 500 and a fourth at Texas — not bad, considering that he had never driven on an oval track before a test at Texas last fall. He struggled to a 19th-place finish after tire pressure issues at Road America, but all signs are pointing upward.

And that certainly wasn't the case about a year ago.

Driving in Formula 2, a developmental series that feeds the elite Formula One series, he had an on-track run-in with teammate Arjun Maini last July. On the cool-down lap after the checkered flag, he tapped wheels with Maini in an apparent display of frustration, then got in further trouble with race officials because he used his mobile phone while driving back to the pits.

"The pressure of that year was getting to me," Ferrucci said. "I made a mistake. I had a breaking moment. And I take full blame for everything that happened."

He was fired and subsequently ordered to pay the team more than $500,000 for failing to meet contract obligations. Today, Ferrucci said he understands he can't lash out at a teammate — even if, as he says, he only meant to pull alongside Maini and make a gesture to vent his frustration over an incident they had during the race, not to bump him. He does take issue with the way the incident was covered by European media.

"If you never saw what happened and you just read what happened, you would think that I tried to kill somebody," Ferrucci said.

Everything changed for Ferrucci in that moment. Perhaps for the better, in the long run.

The 21-year-old Connecticut native was a child prodigy in kart racing. He grew up as a fan of Michael Schumacher and always wanted to end up in F1. To do that, an American driver typically has to go to Europe and race in lower-level series as a teenager.

"It's tough," Ferrucci said. "You give up basically your whole childhood, a lot of your friends and your family and stuff like that to go live over there. Growing up there, you try to tell yourself it's not mentally difficult and you don't feel the pressure. Then after spending almost a year here back home, you're like, 'Wow, there was a lot of pressure and it was not easy.'"

Ferrucci still has an affiliation with the American-owned Haas F1 team, but he now sees his future in IndyCar.

"I'm really happy being at home, really happy racing in IndyCar," Ferrucci said. "I feel like I'm given a fair shot here. That's what, to me, matters more. I was never really happy over there. Over here, you can be yourself."

His IndyCar team owner, Dale Coyne, first put Ferrucci in the car for a few races last season and didn't hesitate to give him a full-time ride this season.

"I think he came here knowing that this was an important opportunity for him," Coyne said. "He matured greatly from that."

Now he is building his reputation back, one race at a time. Helio Castroneves, who no longer races full-time in IndyCar but did compete at Indianapolis during the month of May, ended up battling Ferrucci for position in the Indy Grand Prix road-course race and came away impressed. It was only later that Castroneves heard about the F2 incident.

"I'm like, 'OK, well, you learn from mistakes,'" Castroneves said. "I did that, even in IndyCar. I feel like that shouldn't be a judging of your character just because of one incident."

The IndyCar Series races next in Toronto on July 14. Chris Jenkins/NJ Herald/AP