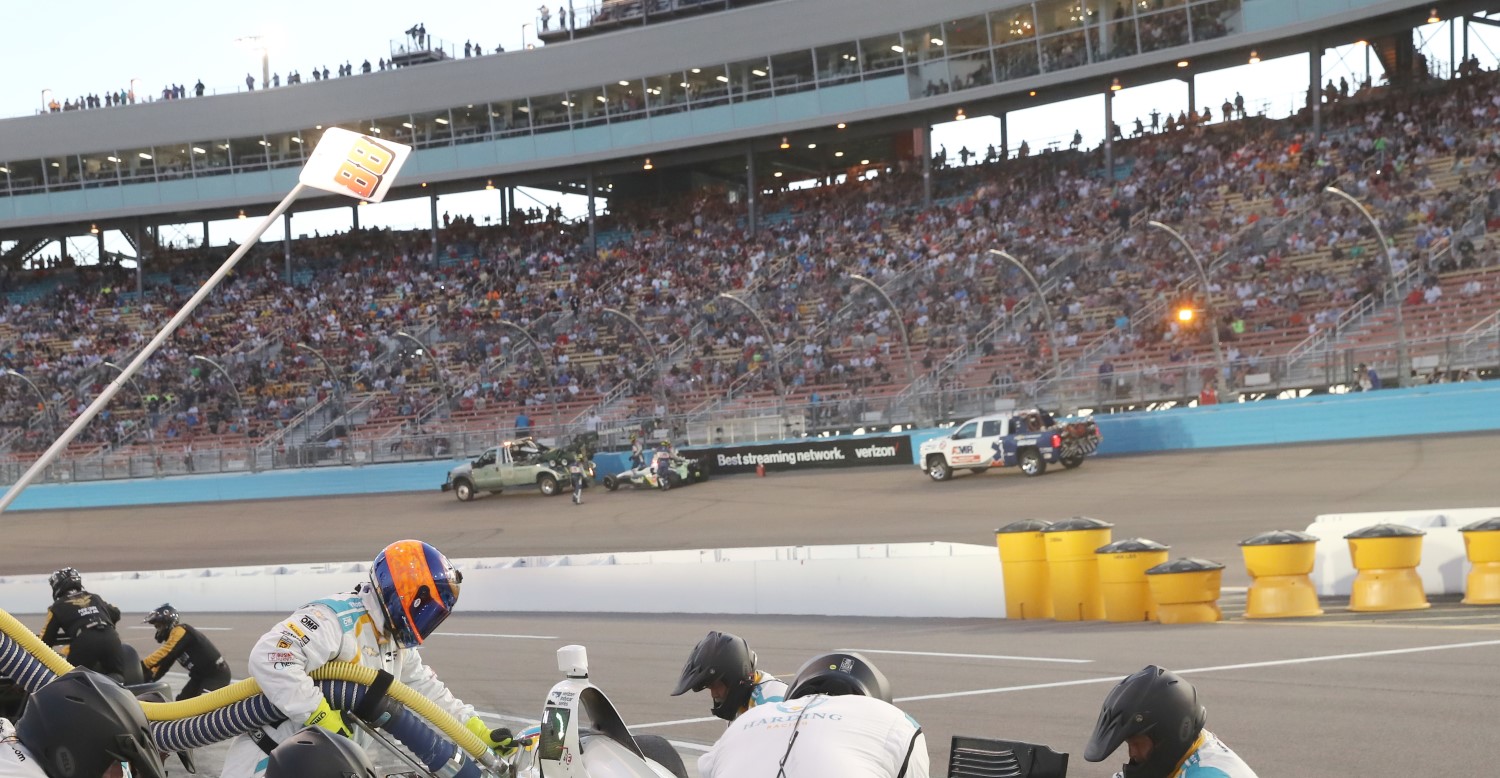 ISC's Q2 admissions revenue came in today down 5% versus last year, indicating that NASCAR attendance has yet to fully stabilize. ISC’s Q2 is arguably a better one to gauge the sport’s overall health, because its Q1 largely accounts just for the Daytona Speedweeks. By contrast, Q2 this year included six Monster Energy NASCAR Cup Series weekends. ISC’s overall revenue and admission revenue were both off in Q2, with admissions coming in at $24.388M, off from $25.677M last year.

However, ISC President John Saunders said this morning that the decline was largely due to holding no IndyCar race at any ISC facility in Q2, versus last year when ISM Raceway held one, as well as lost revenue due to the bankruptcy of former major sponsor DC Solar. Offsetting the declines were increases for the Bike Week event held at Daytona Int'l Speedway and increased admissions for the spring NASCAR race weekend at ISM Raceway.

ISC’s expected EBITDA this year is $230-250M, which includes $27M in profit from the Hollywood Casino on site at Kansas Speedway. ISC is expecting an operating margin between 13.5-16% and a tax rate between 25-26%. The track operator, which runs 12 NASCAR tracks, is expecting to spend $90-100M this year on capital expenditures including finishing the renovation of Talladega Superspeedway.

As they have in recent calls, ISC's Saunders and Motto again largely refrained from commenting on NASCAR’s deal to acquire ISC, beyond reiterating they expect the deal to close by the end of ’19. Adam Stern/SBD