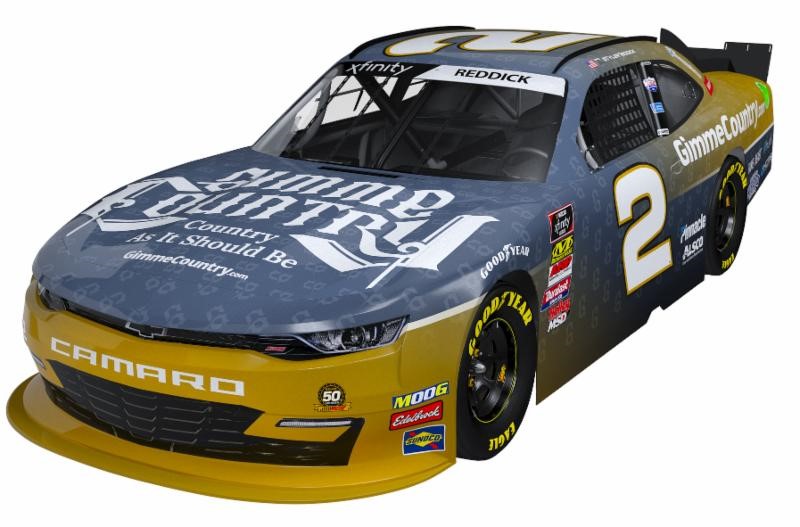 "We built Gimme Country to give a home to the millions of country fans that have been largely ignored by the other digital music services," says Tyler Lenane, Gimme Radio CEO. "Seeing how Tyler Reddick and RCR have built a loyal following and how much they value their fans – it's exactly what we want to do with Gimme Country, so this partnership was an absolute no-brainer. We are so excited to be working with such a great team."

Similar to Gimme Radio's first radio service, Gimme Metal, Gimme Country provides fans with an online radio and music community where they can listen to true country music 24 hours a day, seven days a week. Gimme Country promises to focus on more than just the handful of stars played on traditional radio, and instead give fans everything from legacy artists to outlaws, up-and-comers and women artists that they won't hear anywhere else.

Gimme Country also offers fans the unique opportunity to interact with their celebrity DJs, including country music superstar Lee Ann Womack, Brandy Clark, Dillon Carmichael, Joshua Hedley, Jesse Dayton and more. Fans who download the Gimme Country app from the Apple App Store or Google Play Store can chat directly with the DJs and other fans to learn more about the stories behind the music and life on the road.

Reddick will get the chance to DJ his own show, "RCR 50: Wheels of Country." The show, airing on Friday, July 5, at 1 p.m. ET, will feature songs and artists that RCR has ties to or have been fans of throughout its 50 years of existence. Fans can download the Gimme Country app to listen to the show, as well as chat with Reddick when he logs in to the app's chat room at 1:30 p.m. ET on July 5.

"Gimme Country is changing the way fans can listen and interact with the music they love through their app," said Tyler Reddick. "It's cool to see that country music fans can download the app and find some new music they'll love or great songs they forgot about, but also learn more about the artists or songs while doing so. It's similar to what we're trying to do with fans in NASCAR and always trying to find new ways to engage with them. With NASCAR and country music fans having such a big overlap, this partnership seems like a perfect way to continue to reach new fans and engage with the loyal ones we already have. I'm excited to have a chance to DJ a show for them this week. That's something entirely new for me."

Reddick's 2019 season has been off to a solid start, as the defending Xfinity Series champion picked up right where he left off and is currently leading the point standings with three wins, two pole awards, 11 top-five and 13 top-10 finishes.