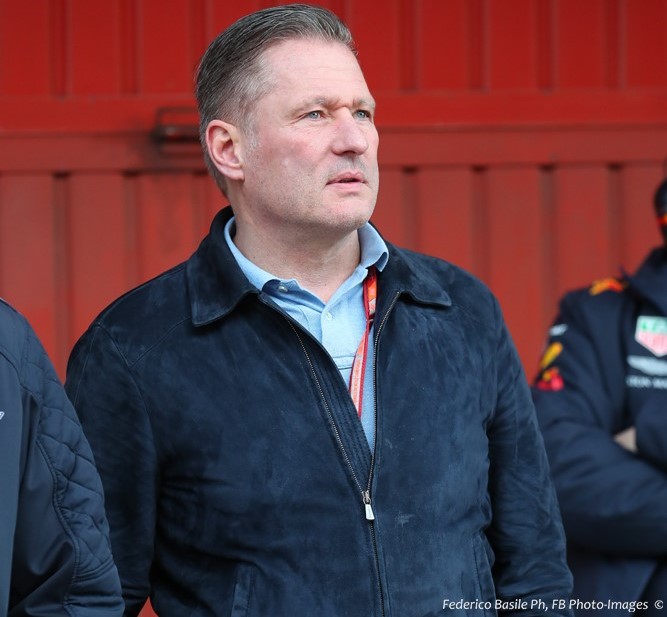 (GMM) Max Verstappen appears to have cemented his place at Red Bull with a thrilling victory in Austria.

Earlier, it had emerged that a clause in the Dutchman's contract may allow him to switch to a rival team like Mercedes for 2020.

But Max's father Jos Verstappen told the Finnish broadcaster C More that the 21-year-old is happy at Red Bull.

Asked what the best team for Verstappen is, Max's father answered: "Red Bull. Where we are now.

"I know there's all sorts of speculation about his contract, but it should not be forgotten that we really like Red Bull," Jos said.

"It's a top team that is working with every effort to be more competitive all the time. It's great that Red Bull and Honda have joined forces and are moving towards a common goal."

"There are all sorts of experts who think they know better than Max or us about the contract," he is quoted by the Dutch publication Formule 1.

"Our goal is still to make Max the youngest world champion.

"People called me stupid when I said we wanted five victories (in 2019), but I still think we can do it," added Marko.

And so a thrilling win on Sunday has now made it even more likely that Verstappen is staying for 2020.

"I think this is very important for us and also for the future, for Honda as well," Verstappen admitted on Sunday.

"It just gives us a lot of confidence and maybe a few doubts are going away because of it. At the moment it's an amazing feeling," said the 21-year-old.