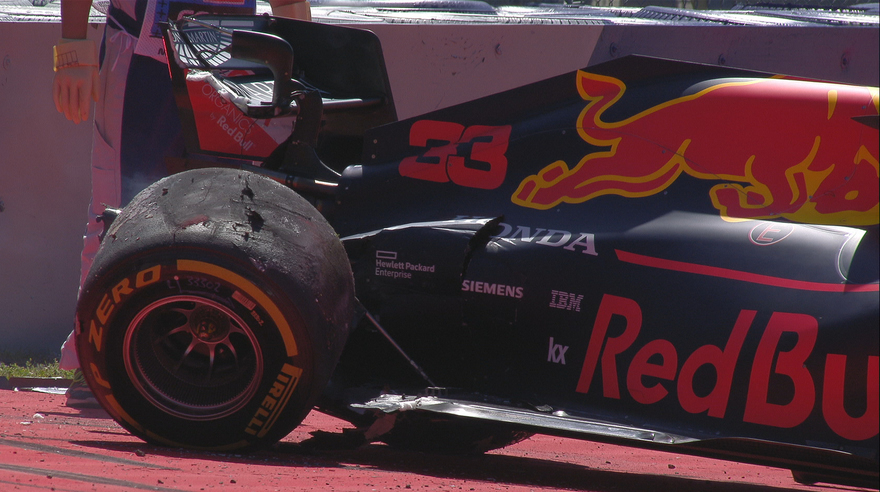 “What’s Ferrari’s opinion and position? We still believe that this is a wrong decision, that’s our own opinion," said Binotto.

“We believe that Charles leaves the entire space, he had no fault, a collision has happened and he has been pushed and forced off the track, so we believe these are clear rules which we may appreciate or not.

“And these are exactly the same rules which have been applied in past races.

“Having said that we respect fully the decision of the stewards.

“They are the judges, we need to respect that, and more than that, as a Ferrari fan – and I am ultimate Ferrari fan – I think it’s time for F1 to turn page and look ahead, other incidents and accidents that may happen in the race.

“As we often said we should leave drivers free to battle. So we may not be happy of the decision, we are not supporting the decision but somehow we understand the fact we need to move forward and overall that’s good for the sport and good for F1.

“So bravo to Verstappen, the victory of him, he did a fantastic race today, as Charles as well, Charles drove very well, but there will be new opportunities."

Binotto confirmed that “it’s our decision not to do it [an appeal], as we said it’s good for the sport to turn the page and to look ahead."

Max Verstappen has dodged a post-race penalty for his clash with Charles Leclerc which sees the Red Bull driver keep his victory at the Austrian Grand Prix.

Verstappen dived up the inside of Leclerc at the hairpin with three laps to go which saw the pair bash wheels at the apex. The collision forced the Ferrari driver go over the curbs and off track to concede the lead to his Red Bull rival.

The incident was instantly put under investigation by the FIA race stewards, with Verstappen provisionally winning the race by 2.7 seconds ahead of Leclerc at the checkered flag.

Almost two hours after the hearing started the stewards saw the clash as a racing incident and didn’t feel Verstappen pushed Leclerc off the track, even though he clearly did.

"Car 33 [Verstappen] sought to overtake car 16 [Leclerc] at Turn 3 on lap 69 by out-braking car 16," an FIA statement read. "When doing so, car 33 was alongside car 16 on the entry of the corner and was in full control of the car while attempting the overtaking move on the inside of car 16. However, both car 33 and car 16 proceeded to negotiate the corner alongside each other but there was clearly insufficient space for both cars to do so.

"Shortly after the late apex, while exiting the corner, there was contact between the two cars. In the totality of the circumstances, we did not consider that either driver was wholly or predominantly to blame for the incident. We consider that this is a racing incident."