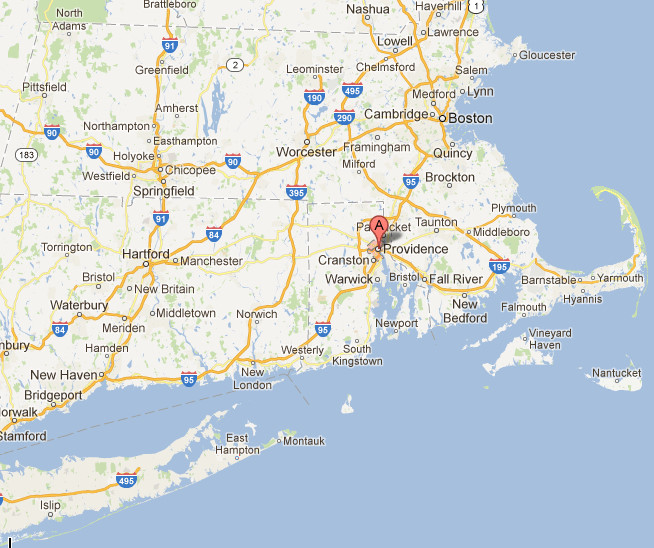 UPDATE #8 Like so many other IndyCar races – stick a fork in it, it's done. The rumored Providence, RI IndyCar race is dead according to this NBC Sports article. With the race on NBC Sports network there would be miniscule exposure for the city, so why should they fund such a project?

"I spent a lot of time, money, and energy down there," said Perrone. "We moved on…We thought that we would have a great event down there."

In other words, what IndyCar expects to get for a sanction fee, vs. what it delivers in the way of TV viewership and hence event sponsors is out of line. As long as IndyCar continues to deliver miniscule TV ratings on NBCSN the business model is not workable, i.e. a failure.

06/22/14 Miles also talked about the New Orleans race. "There's ongoing work with both to see what’s possible," Miles said during an interview this morning on Fox Sports Radio. "Neither is done.

"We’re probably further along in New Orleans, but we still have to agree on some improvements at the track – which I think are quite likely to be made – and the event agreement and date. They understand we can’t pick one date until we know more about other dates so it’s kind of the dominoes.

"And in Providence, there’s some ongoing conversation. I’m not going to handicap the chances of both of them happening for next year, but they’re top of mind as we think about putting together the schedule."

The New Orleans event has the backing of Andretti Sports Marketing, an off-shoot of Andretti Autosport that also handles IndyCar’s annual race at the Milwaukee Mile and used to run the now-defunct Grand Prix of Baltimore.

As part of the May announcement, it was disclosed that upon approval of the Louisiana state legislature, $4.5 million would be put toward enhancing the NOLA circuit. That sum, plus private funding from the track itself, would bring the facility up to INDYCAR standards.

Talk about Providence, however, hasn't been as plentiful since it first hit the radar as a possible 2015 stop. That said, just because we haven’t seen as much buzz on this potential event doesn’t mean that things haven’t been happening behind the scenes.

But while we wait for confirmation on New Orleans, Providence, or both, we shouldn't be doing the same for any new ovals in 2015.

"At this point, I don’t think that’s very likely for next year, to be quite frank," Miles told Fox on the subject. "I’m not going to list them – to me, there’s some great ovals that we’ve had great history with and at the point and time when it makes sense to those tracks and can fit in with our schedules, then it’ll be much more active discussion.

"But at this point – and I don’t think it’s likely to change for the ’15 schedule – I see the number is probably staying pat." And thank God for that. IndyCar does not need any more events with a sea of empty grandstands making it look like a complete loser of a series. No sponsor wants to put up money for a loser. So to minimize IndyCar looking alike a loser they must limit their oval races until such times as the series has enough fans to fill those seats.

06/22/14 IndyCar President Mark Miles said on Fox Sports Radio that a race on the streets of Providence Rhode Island was still in play for 2015.

10/12/13 Providence is once again being eyed for an IndyCar race.

After plans fell through to bring the high-throttle road race to the capital city this year, industry reports say Rhode Island is looking solid for 2015.

“We’ve been working on it for a couple of years," Mark Perrone, the general manager of New England Grand Prix, the promotions group for the potential race, told WPRO.

“We were very happy with the engagement of Providence," said Perrone.

When asked about plans for 2015, Taveras’s spokesman, David Ortiz said, “Economic Development Director Jim Bennett has been in conversations with IndyCar but there is no agreement in place to bring the event to Providence."

But Perrone said they’re just “crossing the T’s and dotting the I’s" and plan to make a formal announcement of 2015 locations in just a few months.

“We think we’re pretty much there," he said.

Perrone said the plan is to have the race in Providence Aug. 7-9 of 2015 – the weekend of Victory Day.

Cars would race on a 2.1 mile circuit with 11 turns. The finish line would be at the State House on Smith Hill (the notorious raised crosswalk would be removed).

“[It] showcases the backdrop of Providence," said Perrone of the planned route.

Perrone said the three-day event would likely draw nearly 180,000 spectators. It would be televised to 270 countries worldwide on networks like ESPN and NBC Sports.

“It’ll be great for merchants and restaurants," he said.

Although city officials seemed enthusiastic about IndyCar in 2012, plans to bring a race to Providence in 2013 fell through. This time around Perrone said things are looking more solid.

Perrone said 2015 is a good time for Providence to join the IndyCar circuit, especially because of the disappearance of the Grand Prix of Baltimore in 2014-15, which was announced in September.

“The northeast market is some place they want to be, especially now," said Perrone of IndyCar. “[Providence] will be the only presence from St. Petersburg to Toronto on the east coast."

Perrone said they had looked at other New England cities like Boston, but Providence had a warmer reception. 630WPRO.com

10/01/12 This rumor is downgraded to 'false today. IndyCar racing isn't coming to the streets of Providence — at least not next year. The 2013 schedule of races, released Sunday, does not include the capital city.

Mayor Angel Taveras, who visited a race in Baltimore last month, has been pushing for Providence to host the event one day.

IndyCar CEO Randy Bernard praised Providence's enthusiasm for hosting the event but said it's a monumental task and that the city couldn't meet all the deadlines.

Jim Bennett, the city's economic development director and chairman of the state's Convention Center Authority, has said a Providence Grand Prix race would boost the area's economy and help promote Providence as a tourist destination.

09/15/12 This rumor is upgraded to 'strong' today. At Fontana IndyCar CEO Randy Bernard all but confirmed that Pocono (Pa.) Raceway and a street race in Providence, R.I., will be on the 2013 schedule to be announced by Oct. 1.

09/13/12 The proposed race would be held August 9-11 and the Providence date would fall a week after" the race at the Mid-Ohio Sports Car Course.

09/10/12 The race would take place on a 2.1-mile temporary street circuit that runs by Brown University, past the state capitol and over the canal. There's a reasonable amount of elevation and it's right in the heart of the city. The project has been in the works for the past six months, NZR Consulting President Tony Cotman told Racer.com.

“Initially, a potential site was looked at in Boston but as we progressed it was apparent interest was extremely high just down the road in Providence," Cotman said. “Governor Lincoln Chafee, Mayor Angel Taveras and Jim Bennett (Director of Economic Development) have been instrumental in leading a fantastic and supportive team which includes involvement from the R.I. Convention Center and the Dunkin Donuts Center.

“The promoter group will be known as the New England Grand Prix LLC," he added. “It includes some folks who are very familiar with IndyCar and some that are new to it. It's important to us to blend and involve the local market as much as possible. It's also important we have someone experienced when it comes to IndyCar events.

City officials led by Providence Mayor Angel Taveras have spent the past few months trying to lure IndyCar to Rhode Island's capital city after learning the organization is considering bringing a Grand Prix race to New England. Taveras attended a race in Baltimore last Saturday as part of the effort.

"I'm hopeful something will come of it," Taveras told WPRI.com on Thursday. He said the race would be an economic boon to the city by bringing more business to local hotels and restaurants, and said the effort is part of a broader push by Providence to bring more tourism into the capital.

Taveras and Jim Bennett, his economic development director and chairman of the R.I. Convention Center Authority, are still tight-lipped about where the effort stands – or where the route would go – but they expressed cautious optimism.

"Ultimately, the decision to bring a race to the region rests with IndyCar," Bennett told WPRI.com. "Providence is putting its best foot forward to bring the race here while protecting residents and taxpayers from bearing any financial risk."

"The Grand Prix would have an incredible economic impact and would help market Providence to the world," Bennett said. "My office will continue to work with IndyCar and we are hopeful that they'll make the decision to bring their series to New England." WPVI.com (Click link to see video news report)