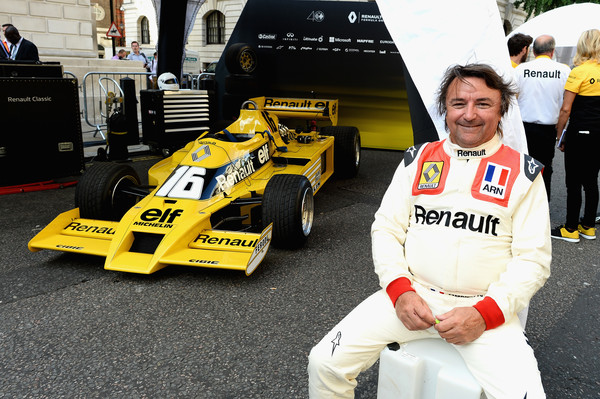 (GMM) Rene Arnoux says that under the F1 rules of today, "prison" would have awaited after one of the sport's most epic and legendary wheel-to-wheel battles.

At Dijon in 1979, the French driver clashed wheels multiple times with Gilles Villeneuve in a battle that is now part of Formula 1 folklore.

"Today it would not be possible. You'd be put in prison for that kind of behavior," he laughed.

"Today, they hardly touch each other and they're under investigation.

"If you look at what we did, we touched seven times. Prison would be waiting for us at the end today."

Arnoux's comments come amid an intense moment of soul-searching for modern F1, with penalties and disinfected racing abounding and Mercedes utterly dominating.

"F1 has become a world championship of manufacturers, not drivers," he said.

"I prefer watching motorcycle racing now. Today is the business of Mercedes and Ferrari.

"In my day, we could start from eighth and still hope to win. That is no longer the case," added Arnoux.