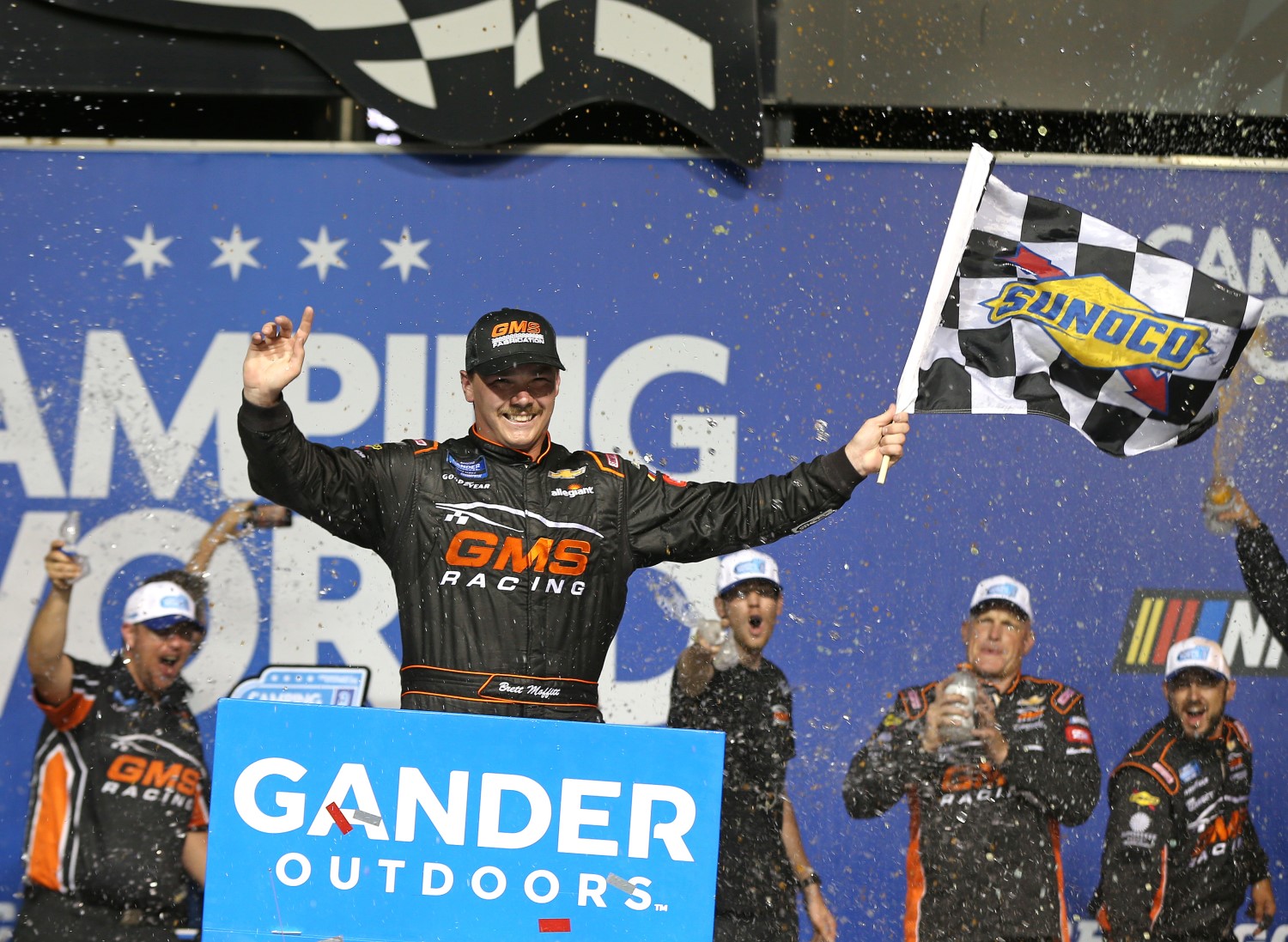 Moffitt did it with domination, not drama, as was the case in his previous win two races ago at Iowa Speedway. In that race, Moffitt finished second to Ross Chastain. But about an hour after the checkered flag, Chastain’s truck was found to be too low in post-race inspection, prompting NASCAR to take the win away from him and give it to Moffitt instead.

“It’s been a rough start to the year, but we’re getting it rolling now," Moffitt told FS1. “We didn’t have the results early, but it’s getting a lot better now."