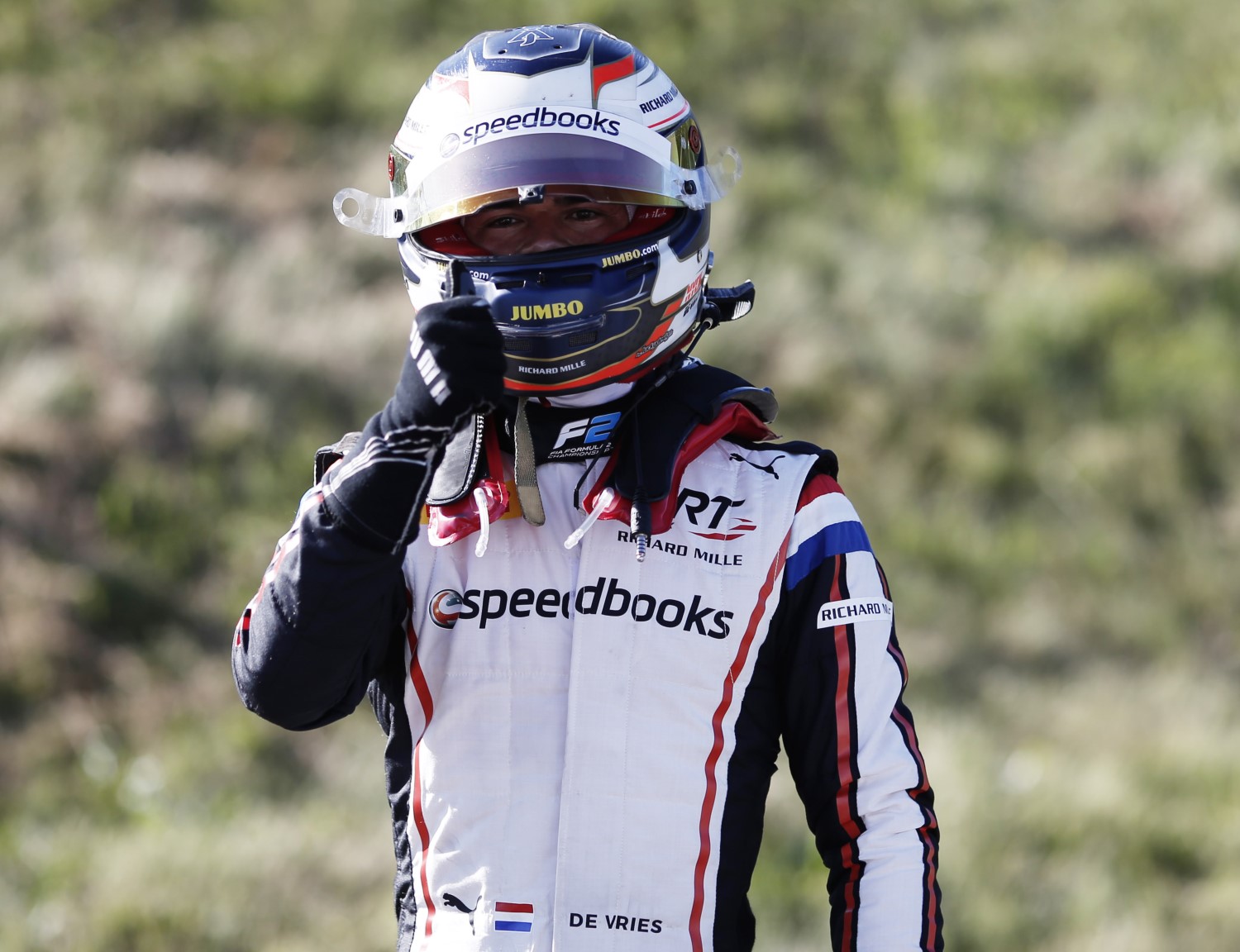 Nyck De Vries pulled off a qualifying masterclass to seal pole position with time to spare in Spielberg, stretching his Championship lead by four points. He finished ahead of rookie duo Anthoine Hubert and Gunayu Zhou. The BWT Arden ace saw a gamble pay off where he set his best laptime when the rest of the field returned for fresh tires.

Sergio Sette Camara and Mick Schumacher were the early time setters on an ever-warming Red Bull Ring circuit. The Brazilian’s time on top didn’t last long and he was soon knocked down the ladder by De Vries. The Championship leader’s time of 1:14.233 was the hottest of a flurry of scorching fast laps, putting him ahead of Luca Ghiotto and his main Championship rival Nicholas Latifi.

All cars bar one returned to the pits for a tire change at the halfway point, while Hubert opted to remain out and make the most of an empty circuit in a devilishly risky move. Looking rather lonely on the Red Bull Ring, the 22-year-old seared around the track devoid of traffic and set the second fastest time, just 0.0076s off P1. The Round 5 Sprint Race winner then ducked into the pits and clambered out of his BWT Arden, signaling the end of his session.

The Renault Junior anxiously watched on from the pit wall as the rest of the field returned to a busy Red Bull Ring on fresh rubber. Latifi led the pack and attempted his flying lap with six minutes on the clock. The DAMS’ driver’s stint was looking good until he swerved on the final sector and added precious time to his tour of the circuit.

Although he was briefly in third place, the times flooded in and he was promptly relegated down the order. A trio of cars all bettered his time on their flying lap, with Zhou, Nobuharu Matsushita and Ghiotto all leapfrogging the Canadian.

Meanwhile, De Vries further cemented his pole position with a time of 1:14.143 and then returned to the pits, hoping he had done enough. With time fast running out, only Latifi and Ghiotto took the opportunity to chase down a better laptime, but both suffered slips on their way around, with the Italian locking up at Turn 4 and the Canadian running wide at Turn 8.

The Dutchman will hope to further stretch his lead at the top of the F2 Championship in tomorrow’s Feature Race, which takes place at 4.45pm local time.