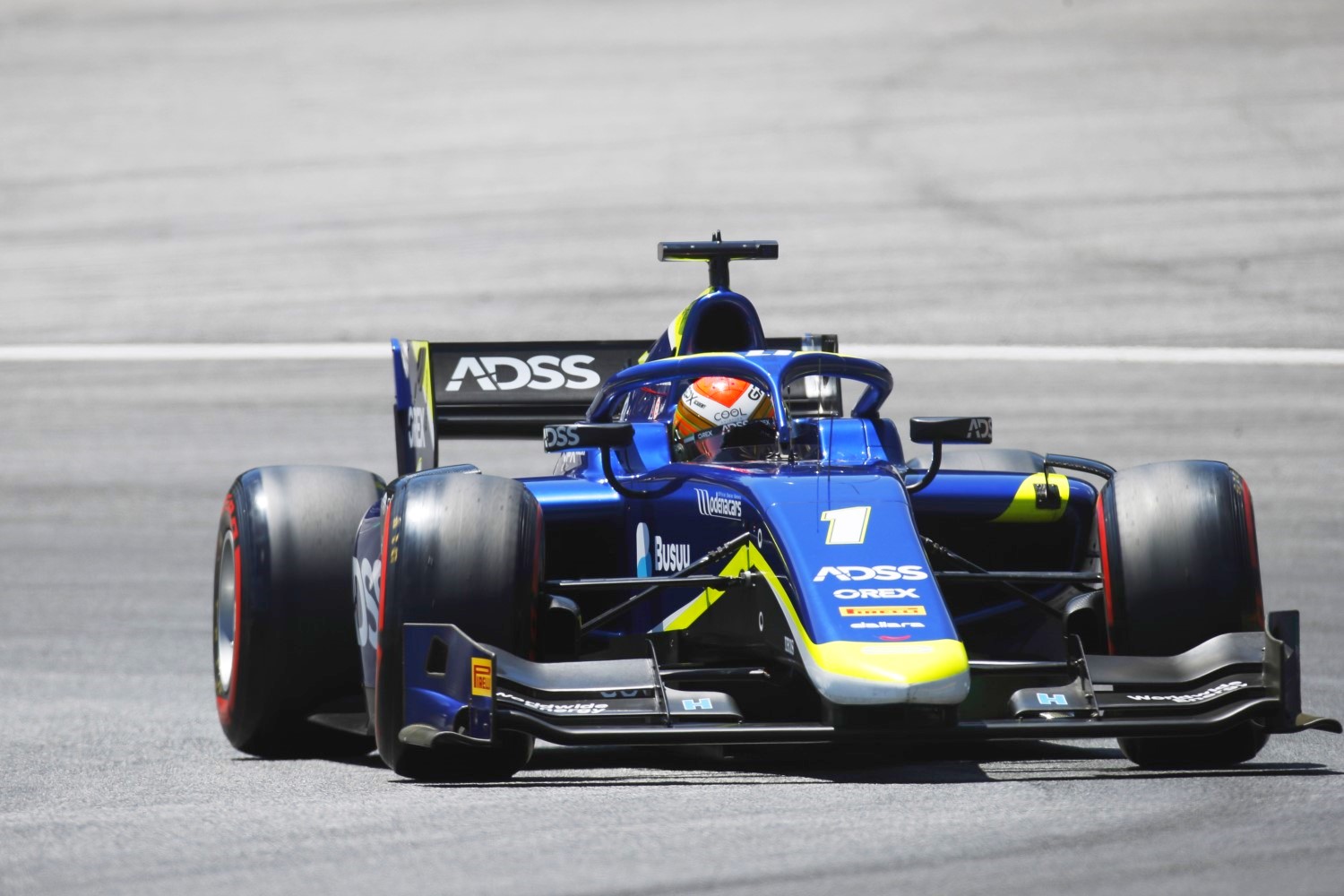 Carlin’s Louis Deletraz emerged as the quickest on track for the first time this season, in FIA Formula 2 Free Practice, at the Red Bull Ring. The Swiss driver finished ahead of Championship leader Nyck De Vries and UNI-Virtuosi’s Luca Ghiotto, in a preparation focused session.

Nikita Mazepin was the first out onto the scenic countryside track as temperatures reached 30 degrees and the drivers initially focused on getting accustomed to the circuit and the afternoon heat. When times began to tumble, Callum Ilott set the precedent with a quickest lap of 1:15.300.

PREMA duo Sean Gelael and Mick Schumacher took a further chunk off the top time to claim P1 and P2, before De Vries matched the Indonesian, with an identical tour of the circuit. Deletraz then enjoyed his most successful practice stint of the season when he dipped under 1m15s to claim top spot.

Sergio Sette Camara and Callum Ilott both improved on their times to sit beneath Deletraz and De Vries in third and fourth. With this, attention switched to qualifying and the teams began to test the limits of the track and the setups of their cars on the demanding circuit.

Ghiotto and Latifi each attempted to better Deletraz time as practice drew to a close, but were unable to find as much pace as the Carlin racer and had to settle for a place behind De Vries. Jack Aitken finished fifth, followed by Sette CÃ¢mara, Ilott, Nobuharu Matsushita, Guanyu Zhou and Gelael.

Attention will now switch to qualifying at 4.55pm local time, when Deletraz will hope to continue the early form that he has shown in Round 6.