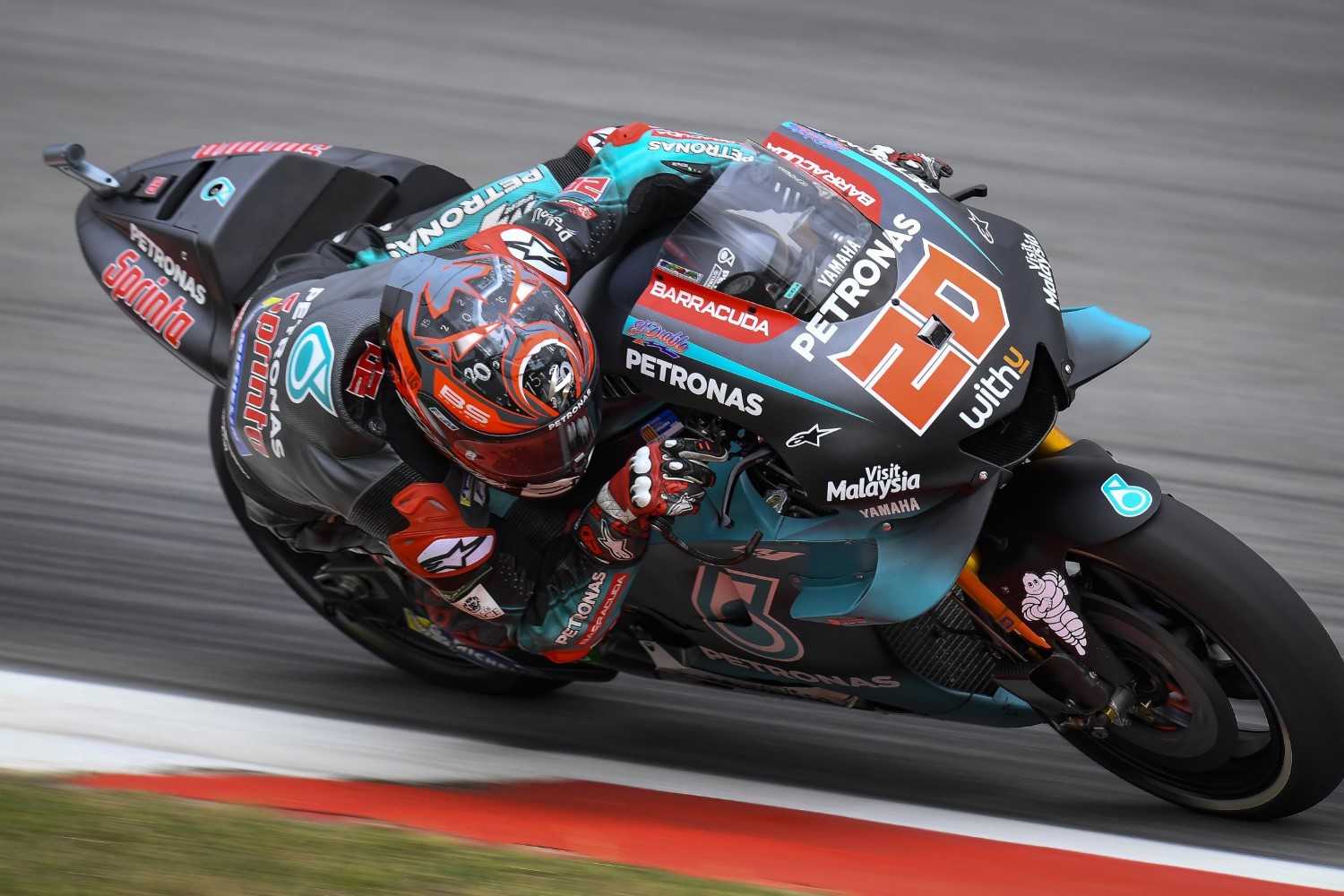 Fabio Quartararo has continued his starring role in his rookie MotoGP campaign by topping the opening practice at Assen having beaten long-time session leader Maverick Vinales in a return to form for Yamaha, while Jorge Lorenzo suffered a nasty crash late on.

In an eventful session which saw multiple fallers in conditions cooler than expected, including a heavy tumble for Lorenzo in the final few minutes of FP1, Quartararo lined up some late fast laps on fresh soft tyres to produce a 1m 33.909s to beat Vinales by 0.077s who led for the majority of the morning practice.