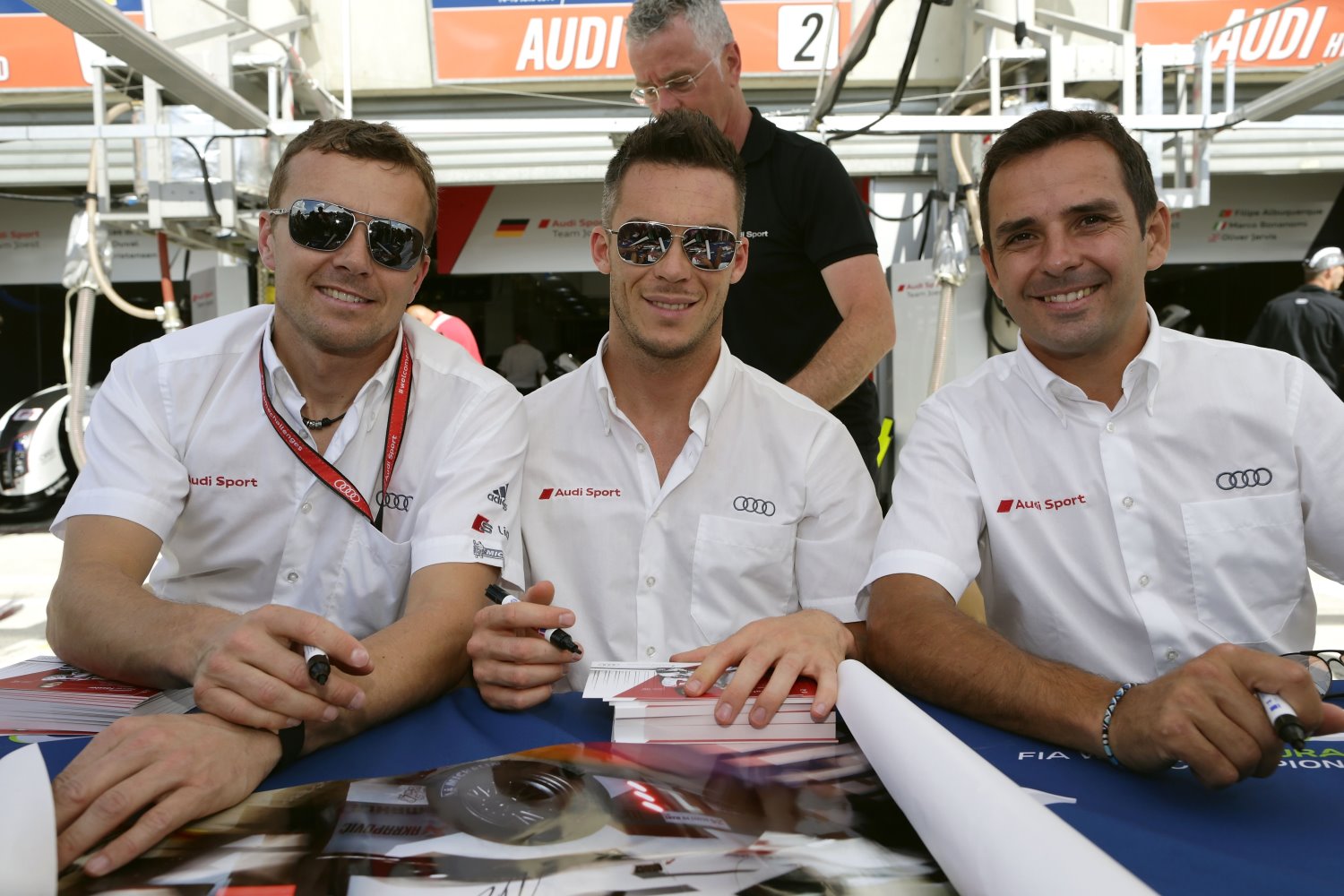 "Thanks Caterham for the opportunity," the Belgian-raised German wrote on Instagram as the news broke officially. "Thanks Audi Team TOM's for the freedom."

Although a F1 rookie at the age of 32, Lotterer – with links to new team advisor Colin Kolles – is a multiple Le Mans winner, F3 and Formula Nippon champion and former Jaguar F1 tester.

"The team will benefit from having another experienced driver at the wheel of the car throughout the weekend," the team said in a media statement.

"The weather also plays a big role at Spa-Francorchamps and Lotterer is one of the most experienced drivers racing under mixed conditions," Caterham added.

As for Kobayashi's future, Caterham said the popular 27-year-old is sitting out Spa but the "Japanese driver still remains part of the team".

(GMM) Little doubt remains that Andre Lotterer will make his formula one race debut with Caterham this weekend at Spa-Francorchamps.

"I am happy to announce that I am leaving for Japan," said Andrea Caldarelli, who was holidaying in Italy when he got the surprise call-up.

He said he will be racing "car 36", which is the Petronas TOM's car usually raced by Lotterer.

So far, however, Caterham is quiet. "We currently have nothing to say on this question," a spokesperson is quoted by Speed Week.

Behind the scenes, however, team sources are unofficially admitting that Kamui Kobayashi will not be in the green car in Belgium this weekend.

Speed Week claims the only thing holding up an announcement is the lodgment of Lotterer's contract with the FIA lawyers in Geneva, and – as a Le Mans winner and past Formula Nippon champion – the formality of his F1 super license.

It is expected the announcement will be made by Caterham's new management early on Wednesday, perhaps along with confirmation that a sponsor, the energy drink Hype, is also signing up.

Germany's Auto Motor und Sport said Lotterer's Le Mans team, Audi, has agreed to release him from his contract for the Spa race.

Audi spokesperson Eva-Maria Veith told Spox: "There was a conversation.

"It is up to the team to announce whether or not it is happening, but we have no problem."

At the moment, Japanese Kobayashi is scheduled to return to the Caterham cockpit in Monza.

Lotterer is fighting for the Super Formula title, and in September his Audi duties in the world endurance championship will resume.

Lotterer's manager Werner Heinz is quoted by Spox: "The negotiations are not yet complete, but it looks good."

08/19/14 (GMM) The F1 rumor mill is alight with speculation Caterham is taking a new race driver to this weekend's Belgian grand prix.

After Kamui Kobayashi admitted recently his race seat may not be safe in the wake of the Leafield based team's sale and subsequent shakeup, the big rumor now is that the Japanese is set to be replaced by 2014 Le Mans winner Andre Lotterer.

Lotterer, 32, currently drives for the works Audi team, but he made his debut at the fabled 24 hour race a few years ago for Colin Kolles, Caterham's new advisor who appointed another former driver Christijan Albers as team boss.

Twitter is alight with the speculation about Lotterer's supposed race debut at Spa-Francorchamps this weekend after being spotted at the team's Leafield factory, reportedly for a seat fitting.

But the news is not yet official, even for Kobayashi who told his 150,000 Twitter followers mere hours ago that he is "Absolutely ready for Belgium GP this weekend".

German Lotterer, who was a Jaguar test driver in 2002, is a former F3 and Formula Nippon champion and currently running second in the premier Japanese open wheeler series Super Formula.