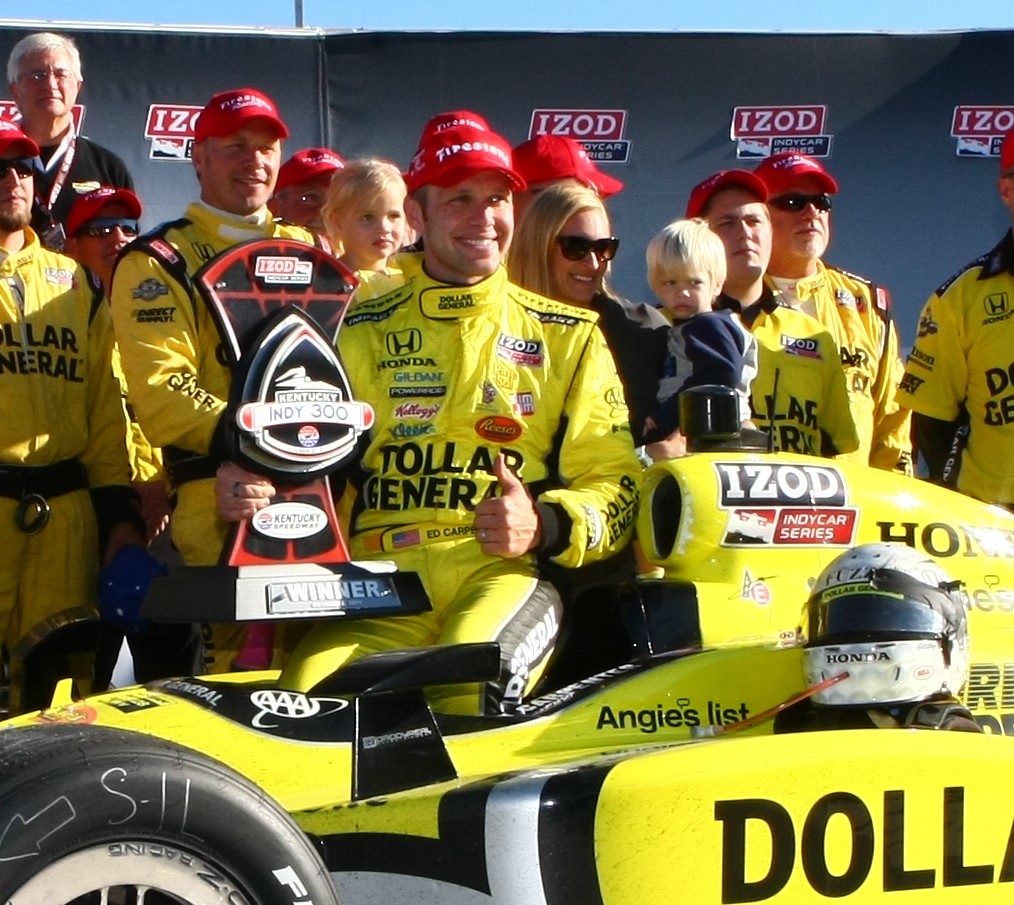 08/16/14 This IndyCar practice report says the merger between Ed Carpenter Racing and Sarah Fisher Hartman Racing originally rumored on AR1 in October of 2013 will be made official tomorrow. We are updating rumor to fact.

Wink Hartman, who owns Hartman Oil, told The Indy Star that the single-car team he owns with Sarah Fisher can't survive without help.

"We have to (seek help)," Hartman said. "Personally, I think one-car teams are a dinosaur. Sponsorship, development, it's (difficult to compete)."

It's unclear what role Fisher would have in the merger.

We are bumping this AR1 rumor from last October up to 'Strong,' as RACER's Robin Miller is reporting that Sarah Fisher Hartman Racing and Ed Carpenter will merge their teams for 2015. And as you can see from Miller's article Sarah Fisher basically confirmed the report.

Originally, AR1 reported (see below) that a merger between the two teams was possible for 2014, which never came to fruition.

Apparently, however, talks between the two continued and they will merge their outfits for 2015.

Of course, SFHR has a brand-new state-of-the-art facility while ECR is working out of a somewhat dated shop. So, we imagine the teams will move into the SFHR facility. Also, no driver announcements other than the obvious Ed Carpenter for ovals (which probably doesn't need to be announced) have been finalized. Further, an alliance between the two begs the question of which manufacturer will supply engines (our money is on Chevy).

This could also potentially be a real boost to the career of young Josef Newgarden, who should he return to SFHR, will have a teammate for the first time in his IndyCar career.

In the meantime, we await official announcement.

10/11/13 Rumor has it that Fisher Hartman Racing are not happy with the attention they are getting from Honda and don't be surprised if the 2nd car they are looking to run ends up being a partnership with Ed Carpenter Racing. That will give the teams the Chevy engines they may be looking for, and the two single car teams certainly would benefit by merging their engineering departments. The two teams have been paddocked next to each other all year.