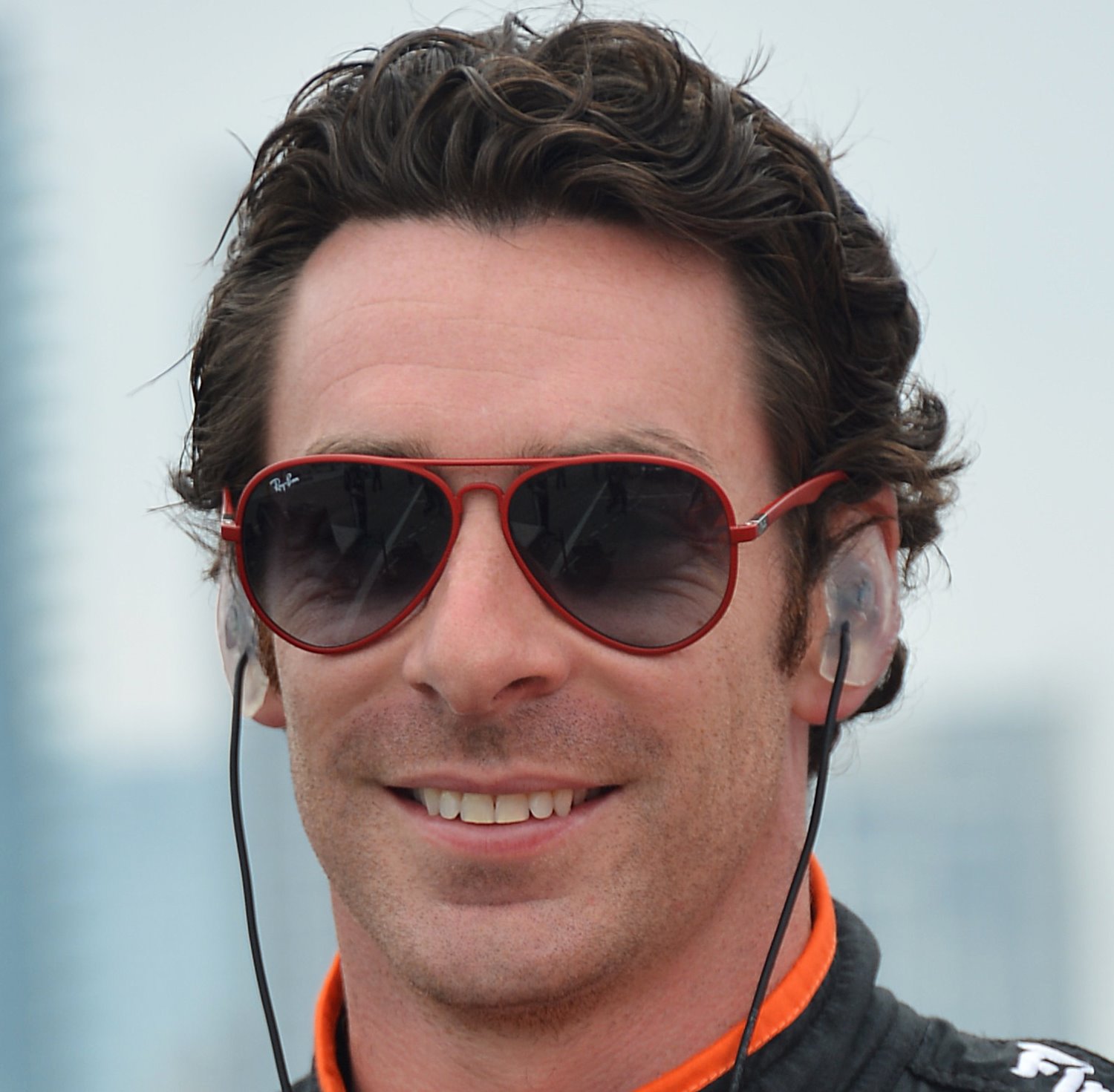 UPDATE
Quick note here: We just talked to Sage Karam, who told us that the possibility of him running the Verizon IndyCar Series finale at Fontana in two weeks "does not look good," and it is really "too late" at this point to put anything together.

It's a lovely, sunny day here at The Milwaukee Mile with temperatures in the 70s. There is a chance for rain later today we hear, but so far, so good.

The second Verizon IndyCar Series practice session for the ABC Supply Wisconsin 250 is scheduled to being at 1:30 p.m. local time, with qualifying scheduled for 5 p.m. For the qualifying order, see item on AR1 Hot News.

We bumped into Schmidt Peterson Hamilton Motorsports driver Simon Pagenaud this morning. The friendly Frenchman is of course, the prized free agent for Silly Season 2015, and is known to have spoken with Andretti Autosport about a ride for 2015. He told us that he has had quite a few offers but didn't specify as to who.

Anyway, talking to Pagenaud he stated a few times that he is currently focused on the season championship. The third year driver sits in fourth place 64 points behind leader Will Power. And with respect to his 2015 plans, AR1 got the sense that any clarification probably will not come until after Fontana.

The take away from my discussion with Pagenaud was that it seems this abbreviated, condensed season has left the teams little time to solidify their 2015 plans. And because we imagine Pagenaud will be one of the first dominoes to fall, one has to think that Silly Season 2015 is going to go well into the offseason.

Of course, as I write that, an announcement arrives that Andretti Autosport will have a 2015 driver announcement tomorrow at 11:40 a.m. First reaction says that will likely be that Ryan Hunter-Reay has resigned with the team, but I do not know that for sure.

Moving on, you might remember AR1 columnist Brian Carroccio talked with Karam at Detroit, and there was optimism the 2013 Indy Lights Presented by Cooper Tires champion might run some IndyCar races later this season. This, of course, after Karam had an impressive ninth-place finish a week earlier at the Indianapolis 500.

Anyway, the Nazareth, PA native attended this morning's IndyCar driver meeting. However, we did it find it interesting he was not on Scott Dixon's pit stand for the opening practice. You might remember two weeks ago, Karam spent most of the weekend on Dixon's stand at Mid-Ohio, where he got an insider's look at the fantastic drive by the Kiwi.

We also reported at Mid-Ohio that Chip Ganassi has asked Karam to be at the remaining races. However, no word on whether he's going to race at Fontana.

Stay tuned to AR1 for updates throughout the weekend.