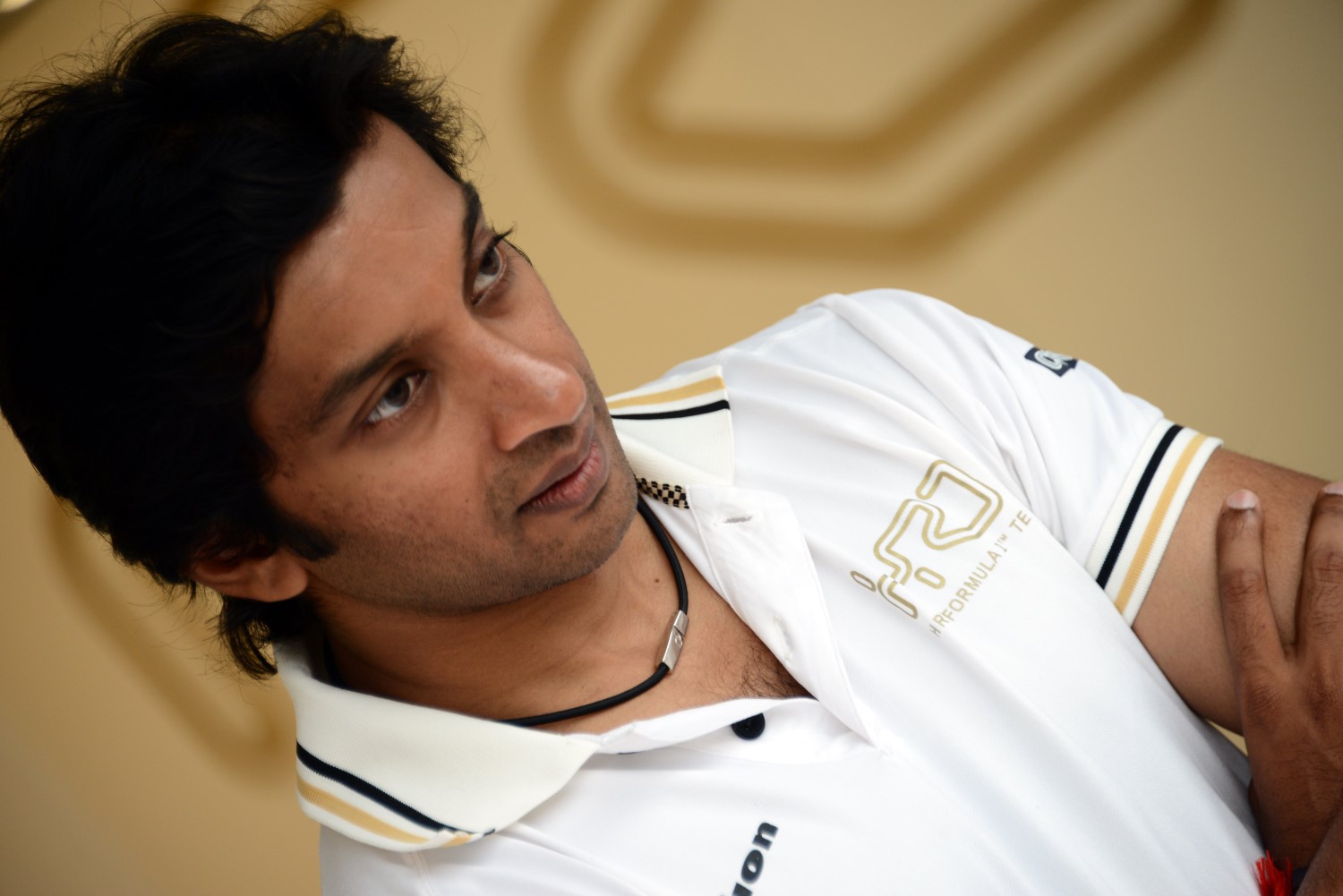 HRT Formula 1 Team has gone through a restructuring process in which it has settled at a new base, practically renewed the staff entirely and new drivers have arrived, but there’s one figure that has stood throughout this whole process: Narain Karthikeyan. The Indian driver faces his second season as an official driver of the Spanish team and his experience has been vital in consolidating and evolving the F112. Having arrived at the midway point of the season, Narain assesses this start to the season alongside the Spanish team.

This is your second season with HRT Formula 1 Team and you know better than anyone how much the team has changed. It won’t have been easy but what has this change been like?

The change has been a big one but also a progressive one. Now the entire team is under the same roof and the facilities are really fantastic; anyone who visits them will see the intentions of a very serious Formula 1 team. I give full marks to the management who put this together and I feel very fortunate to form a part of this team which is growing. We’ve still got a lot to do but we’re making steady progress.

We’ve completed just over half of the races, how would you assess this first part of the season?

I think that my race performance has been very strong, with my 15th place in Monaco standing out, but in qualifying I’ve been a bit weaker. Right now I’m about three tenths behind Pedro and that’s something I have to improve in this second half, no doubt about it. The tires have been quite difficult to get used to and Pedro has a lot of experience with Pirelli and McLaren. He’s a very good driver who hardly makes mistakes and I must learn from him to improve.

Both the team and the car are new, what has surprised you most about each one?

We knew the car would be pretty basic but I’ve been surprised by its reliability and I think it has potential to improve. And the team has surprised me even more because renewing almost 85% of the staff isn’t easy and I think that we have a very good combination of people with a lot of experience in F1 and young people with a lot of hunger. But everyone is very professional and it’s a real pleasure working with them.

How would you define or what would you highlight about your teammates?

Pedro is a fantastic driver with a lot of experience; he’s very consistent but also quick. Dani and Ma are young talented drivers with a lot to learn, but also really nice guys. We’re a small united family and we really enjoy working together.

The start wasn’t easy but the progress has been evident. What mark out of ten would you give yourself this season?

We all know that the start should have been better in normal circumstances, but with the changes that had to be made and other things we inherited, it wasn’t possible. To make it to Australia with the car on time was an achievement in itself. We’ve moved on from that and have progressed a lot. For now I give myself a 6 or a 7, and if I improve my results in qualifying, then an 8 or a 9.

Your performance at your home Grand Prix in India was fantastic. Having enjoyed more continuity and confidence, what are your expectations for this year?

The car will have evolved a bit more come the Indian Grand Prix so I think I will put in a better performance than last year. It’s obviously my favorite race and we will try to do our best there. My expectations are always high and we will aim to improve on last year’s 17th position.

It was something completely new in India and, as a result, the Grand Prix was a complete success in terms of assistance. What’s the atmosphere like this year?

After last year’s success, everyone that missed the spectacle is eager to come this time round. Promotions for the race have started early this year and I’ll do my bit to help out. The Jaypee Groud have done a tremendous job putting all of this together and it’s going to be a complete success again.

What would you say has been the best moment of the season so far?

Probably Monaco. Pedro had a very good qualifying session and I had a very good race, finishing 15th. I think that, from the team’s perspective, Monaco has been the best race so far.

What would you consider to be a successful season once the championship is over?

From where we are now, it would be great to match and beat my teammate Pedro who has been a good benchmark. Added to that, if we finish ahead of Marussia in the championship standings that would be a successful season.

Finally a well earned break before taking on an intense second half of the season. What are your plans for the holidays?

I’m not really taking a holiday now because I’ve got a lot of activities to attend, so I’ll have to wait until the championship ends. I hope to have a small gap to spend some time with my family in India and train hard. The season has been quite intense and you don’t get the chance to train in the gym every day because you’re constantly travelling and living in hotels. So I will work on my fitness in the gym and come back ready to continue at the highest level.