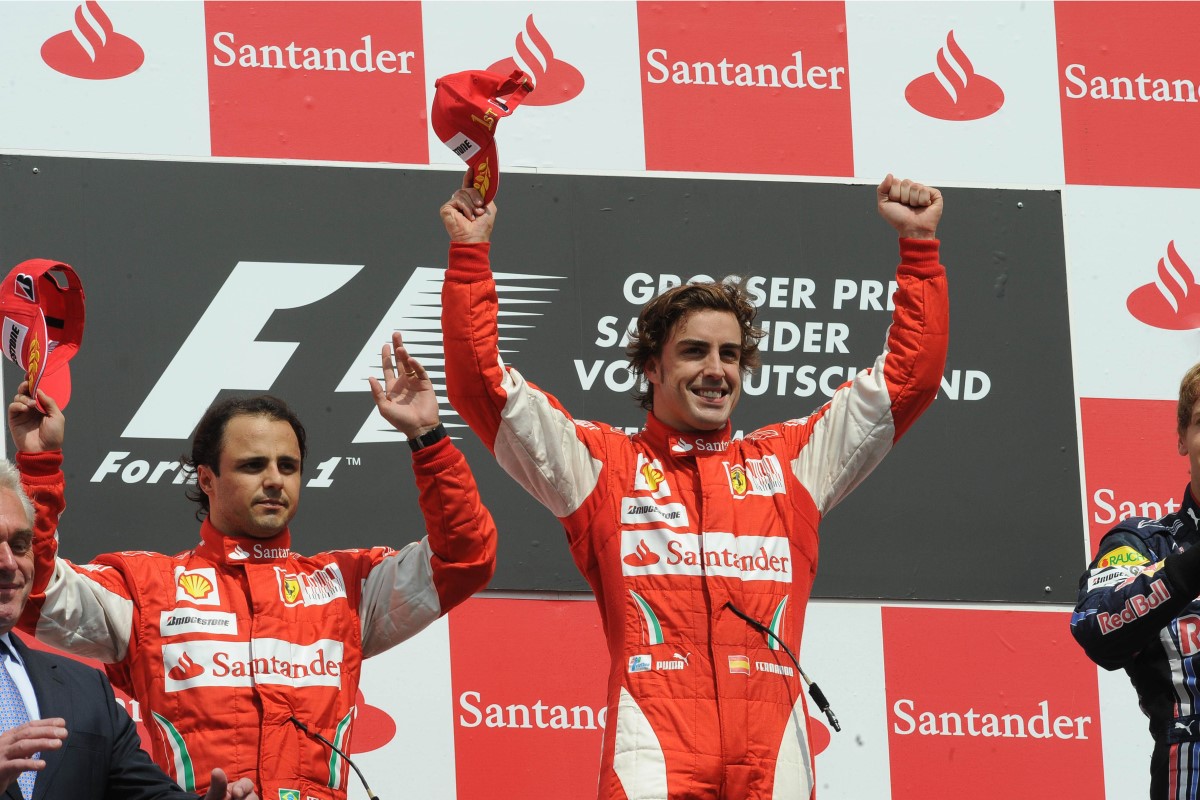 A win in Valencia and a second place in Silverstone a fortnight ago shows that Scuderia Ferrari is on good form going into this weekend’s German Grand Prix. The race engineer who supports Fernando Alonso from the pit wall actually joined his driver on the European GP podium, to collect the Constructor’s trophy and the quickest way to explain Andrea Stella’s curriculum vitae is that, in the past, when they drove for the Prancing Horse, he also worked for the second and third placed men on that podium, Kimi Raikkonen and Michael Schumacher.

By the end of Sunday’s Grand Prix at the Hockenheimring, we will have reached the mid-point of the season and going into this tenth round, Fernando’s name is at the top of the Drivers’ classification. “At the start of the season it would have required one to be extremely optimistic to imagine such a situation," said Stella. “But in this sport, things can change very quickly and we have always maintained a positive attitude. The current situation is the result of this attitude combined with a lot of hard work."

“The car was good in Valencia, it was also good in Silverstone," said the engineer. “And as Hockenheim is a mix of the slow speed of Valencia and high speed of Silverstone, I would expect Ferrari to be competitive in Germany."

Tires have played an important role all season and Stella sees no reason why that should not be the case again this weekend, although it is worth noting that this will be the first time that Pirelli will have supplied the F1 rubber for this circuit.

“In the past in Hockenheim, managing the tires was difficult, especially the front left and sometimes we also saw blistering on the rear tires. So it could be an interesting weekend from the tire point of view."

While one of the weak points of the F2012 has been a deficiency when it comes to outright top speed, Alonso’s race engineer does not seem too concerned about having to deal with that at Hockenheim. “You always want to get more and more top speed as it brings benefits in terms of reducing the lap time and it makes life easier during the race," he explained.

While it is the Scuderia’s stated policy to aim to bring updates to every race, right through to the final round in November, Stella feels the team’s approach to how it goes about its racing is much the same as always.

“We simply adapted the aerodynamic development of the car and progress also came as we gained a better understanding of the tires," he maintained. “In fact, the tires have been a major challenge this year, as well as optimizing the aerodynamics, the latter because of the change of rules in this area compared to last year. However, another important challenge we all face this year is not so much a technical one, but stems from the fact that the performance level of many of the cars is extremely close."

While the F2012 has been genuinely competitive in recent races, there was a point earlier in the season when Alonso was getting more out of the car than seemed possible and Stella clearly relishes working with the two times world champion.

“The relationship is more solid and we know each other much better," maintains the Italian. “From my point of view and that of the other engineers, it is important that we know what the driver wants and what he requires to go fast and this aspect has improved in the two and a half years I have been working with Fernando. At the moment, things are going well, so let’s hope it stays like this."

Getting back to that Valencia podium for a moment, it seemed logical to quiz Stella for a quick appraisal of “his" three drivers.

“Michael is a great racer, very strong in the race and very strong in the way he controlled the rear end of the car. He was very talented in this respect, even if he could be a bit too aggressive sometimes in the races. Kimi was very, very quick when the car was operating in a certain window. In this situation he can be the fastest, although when the car was not in that window, he had to work harder to find the optimal point with the car. And with Fernando, his strong point is that, basically, he does not have weak points! He is strong as a driver in the car in all conditions, from dry to extreme wet and outside the car, he is very consistent and strong mentally, which is very important in modern Formula 1."

The 59th German Grand Prix is being held at Hockenheim for the 33rd time this weekend, the last time dating back to 2010, as this race now alternates between here and the Nurburgring. A Prancing Horse car has been first past the checkered flag in Germany no less than twenty times, making it one of the most successful events in the history of the World Championship for Ferrari, as this equates to a strike rate of just under 34 percent or one third. In fact, the Scuderia can claim the last win at Hockenheim, as Fernando Alonso stood on the top of the podium in his debut season for the team in 2010.

The Spaniard also won back in 2005, came second at the Nurburgring last year and third in 2004. As for Felipe Massa, the Brazilian was part of a Ferrari one-two in 2010 and he also made it to the podium in third place in 2008 (Hockenheim) and ’09 (Nurburgring.)

Hockenheim today is very different to the one that first staged Germany’s round of the world championship back in 1970. It has lost its trademark “out and back" long and very fast straights that carved their way through the spectatorless forest, but its modern incarnation is still an interesting challenge, with its seventeen corners and very long DRS zone, while the Motodrom section is the nearest thing Formula 1 has to an Indy-style oval.

The fans who pack the huge grandstands are usually armed with air horns that they use enthusiastically to greet their heroes on every lap and while Ferrari has always enjoyed plenty of support here, most of the cheering will be for the five German drivers, making the home nation the best represented on the grid.