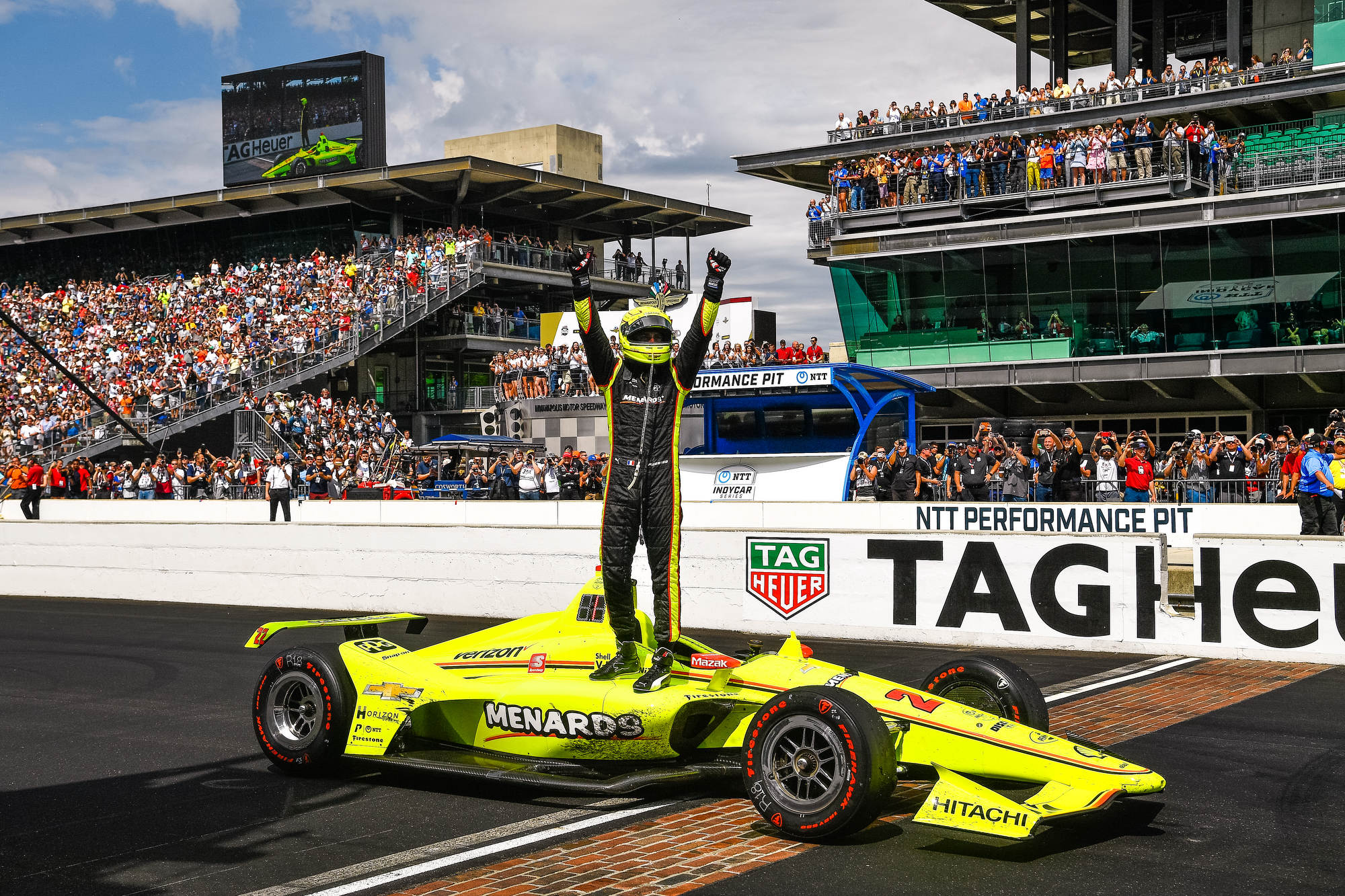 When Simon Pagenaud parked his No. 22 Menards Chevrolet in victory lane after winning the 103rd Indianapolis 500 presented by Gainbridge on May 26, it was the end of the road for chassis No. 042.

In the Team Penske rotation of NTT IndyCar Series cars since 2013, the Dallara IR-12 had used four different aerodynamic packages over the years. It was a car that powered Pagenaud to many of his nine victories since joining Team Penske in 2015, including a five-win campaign in 2016 when he won the season championship.

“It’s been around for a while and won a lot of races," said Kyle Moyer, general manager of Team Penske’s INDYCAR program.

Once the chassis took the checkered flag for Pagenaud’s stunning Indianapolis 500 victory and went through the series of mandatory requirements for car and driver – including hundreds of victory lane photos following the race, another photo shoot on the iconic Indianapolis Motor Speedway yard of bricks the morning after the win and a prominent presence on stage at the Indianapolis 500 Victory Celebration in downtown Indianapolis the evening after the win – it was destined as a museum piece for team owner Roger Penske. That’s the “Penske way."

“With Roger, if the car wins Indy, it gets shut down," Moyer said. “This car is shut down. The only thing is the engine will get mileaged out, per the (INDYCAR) rules with Chevrolet. Once that engine gets out, it will be rebuilt and put back in the car.

“Everything else on the car goes in a corner and sits and waits for the engine to get mileaged out. Then, it will get a good paint job on it and then it’s done. It will stay with Roger and go a lot of places."

The car that Will Power drove to victory in the 2018 Indianapolis 500 was loaned to the IMS Museum as part of a special exhibit commemorating Team Penske’s 50th anniversary at the Indy 500 during May. It also made a trip to Washington in May and appeared at the Australian embassy.

Pagenaud’s winning car is the record 18th for Team Penske at the Indy 500. It joined driver, team owner and crew at the White House last week, when they were honored for the victory by President Donald Trump.

Moyer, meanwhile, had to scramble to prepare a replacement car for Pagenaud to use in races the rest of the season – beginning with the DXC Technology 600 at Texas Motor Speedway on June 8. Fortunately, he could dip into the chassis used by three-time Indy 500 winner Helio Castroneves for his two-race stint in May.

Pagenaud finished sixth at Texas in his “new" chassis. His Indy 500 winner, meanwhile, is destined as a show piece that may one day wind up in the Penske Racing Museum in Phoenix.

“It’s a good thing what Roger does with the cars," Moyer said. “(When fully restored), it will be 100 percent like it was when it came off the racetrack."