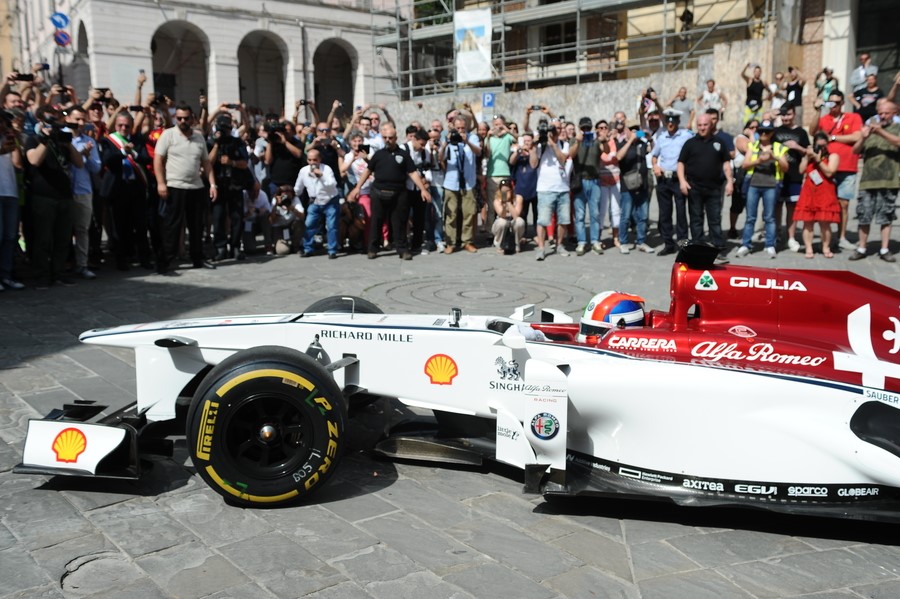 Formula One seasons are not a continuum. The succession of races provides teams and drivers with the chance of a fresh start every two weeks, a clean slate at the beginning of each race weekend on which to build.

Such turning point is in Antonio Giovinazzi’s sights as we head to the French Grand Prix in Le Castellet, the eighth round of the 2019 season. The young Italian roared past throngs of his excited countrymen last Saturday, with thousands lining the streets between Faenza and Brisighella: as he collected the Trofeo Bandini award, a prestigious acknowledgment of his career path from karting to Formula One, the love and affection of his compatriots reminded him of the importance of his role as the first Italian in Formula One since 2011. He was waved and cheered on, every meter of the way.

“Joining the champions who received the award is an honor but also a great responsibility. It’s a big push to do better and demonstrate I deserve this recognition. I believe hard work is the only way to achieve great results and it’s not going to be different in Formula One. I’m focused on my goal, no matter how tough the way to get there is, and I want to make sure we get the rewards for our work, those rewards that have eluded us so far.

“I am not losing confidence, I know we can do it as a team. Only those who don’t fight have already lost, and we’re never going to give up."

It’s last weekend’s outpouring of public emotion that Antonio will harness to get the confidence boost his season requires: the energy hit to turn his results around and fulfil the great expectations his talent warrants. After all, it worked in the past: all previous winners of the Trofeo Bandini went on to reap great success, such as Fernando Alonso in 2005, Sebastian Vettel in 2009, and last but not least a certain Robert Kubica, claiming his sole win just a few weeks after receiving the award in 2008.

“It felt incredible to drive surrounded by all these fans," Antonio said. “I’m going to turn all this affection into a driving force for me."

“The last three races didn’t go to plan, but it would be too easy to put it down to bad luck or unfortunate circumstances. As a team we need to do fewer mistakes and we need to work harder, which we have done after coming back from Canada, to get the full potential out of our car. At the same time there is no reason to talk ourselves down, we’re showing fighting spirit and we’ll make the most of the developments we have lined up for the next few races. I am confident we can recover the speed we showed earlier in the season and get back in the fight for points."