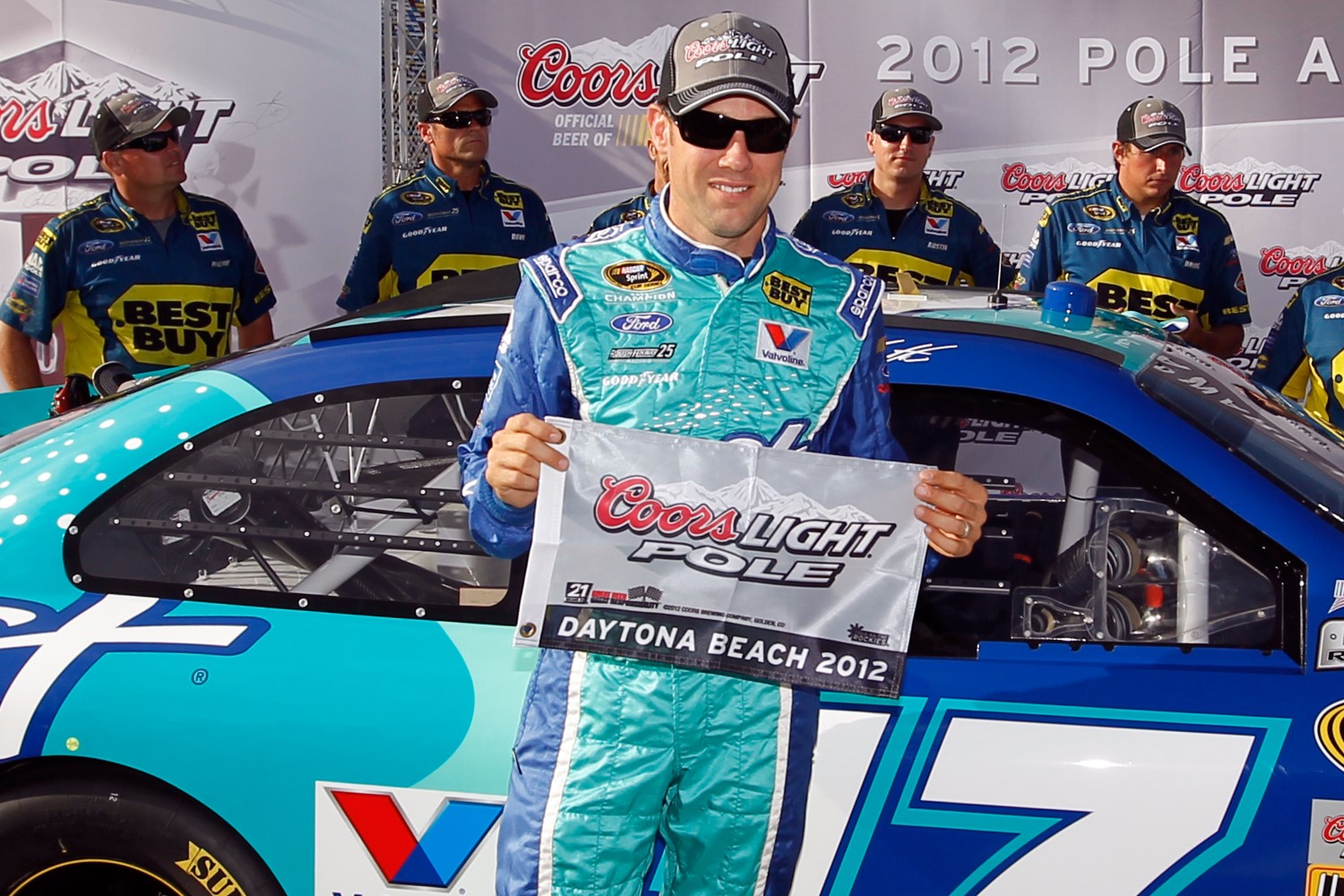 Roush Fenway Racing continued its recent dominance at Daytona International Speedway, with Matt Kenseth and Ricky Stenhouse Jr. winning the poles for both the Nationwide and Sprint Cup events. Roush Fenway has now swept both Sprint Cup poles at Daytona in 2012. Kenseth will look to become the first driver in 30 years to win both Sprint Cup events at DIS in the same season, while Stenhouse Jr. looks to become the first RFR driver to win a NNS race at Daytona.