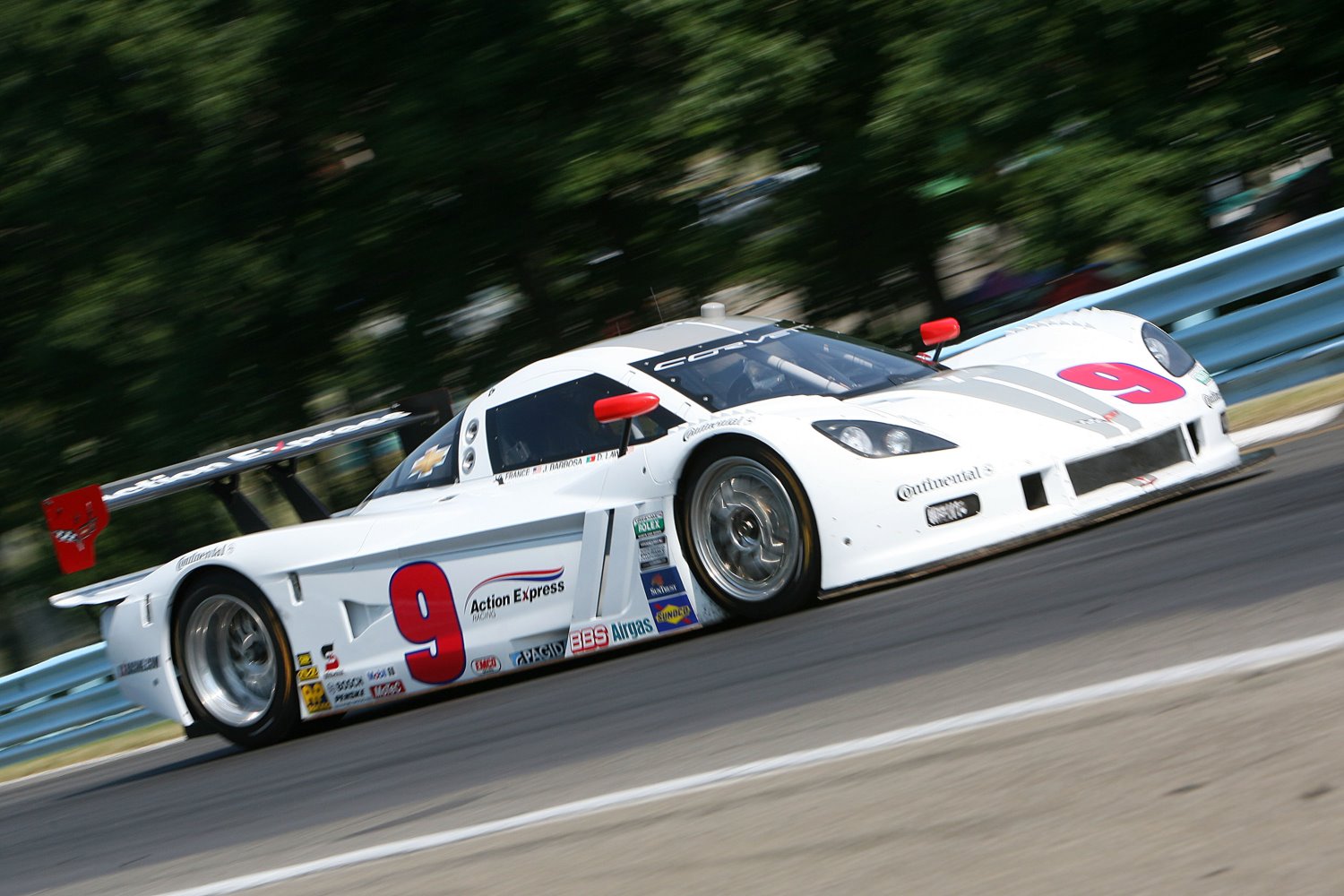 Driving the No. 9 Action Express Racing Corvette DP, Joao Barbosa held off Alex Gurney in the No. 99 GAINSCO/Bob Stallings Racing Corvette DP to take the win and give Chevrolet a one-two finish today in the Rolex Sports Car Series at Watkins Glen International. In a thrilling finish to capture the Sahlen’s Six Hours of The Glen, Barbosa caught Gurney in traffic with 20 minutes remaining and used lapped cars to his advantage throughout the stretch run, to take the victory by a slim .238 seconds.

In the GT class, the action also went down to the wire with Robin Liddell holding off second place finisher Bill Auberlen (BMW M3) by 1.340 seconds to give the No. 57 Stevenson Motorsports Chevrolet Camaro GT.R co-driven by John Edwards its first victory of the season.

The win gave Action Express Racing the lead in the inaugural three-race North American Endurance Championship presented by VISITFLORIDA.com by two points over Starworks Motorsports, 28-26. GAINSCO/Bob Stallings Racing is tied with Michael Shank Racing for fourth with 24 points. TELMEX Chip Ganassi Racing with Felix Sebates is third with 25 points to round out the top five. The first endurance event was the Rolex 24 Hour at Daytona, the second was the Sahlen’s Six Hours of The Glen; leaving only the July 27 Brickyard Grand Prix at Indianapolis to crown the winner with a $100,000 prize.

Stevenson took over the lead in the GT class with 29 points, five ahead of Magnus Racing (Porsche GT3 Cup) in second place.

“It was a great day today for Chevrolet in both classes," said Jim Lutz, Chevrolet Racing Road Racing Program Manager, ‘and congratulations go out to Action Express Racing, GAINSCO/Bob Stallings Racing, and Stevenson Motorsports. The Six Hours of the Glen is always an exciting and challenging race for our teams in both Daytona Prototype (DP) and Grand Touring (GT), and today’s race was no exception. There is always drama (laughs) during the six hours. The No. 99 GAINSCO Corvette DP had electric power steering issues that the team was able to work around and still hold off the field for a solid second place finish. And in the No. 57 Stevenson Motorsports Camaro GT was able to beat several strong cars, which demonstrated their great execution with no errors to go the distance. We’re very pleased with the winning results of all our Team Chevy efforts in both classes.