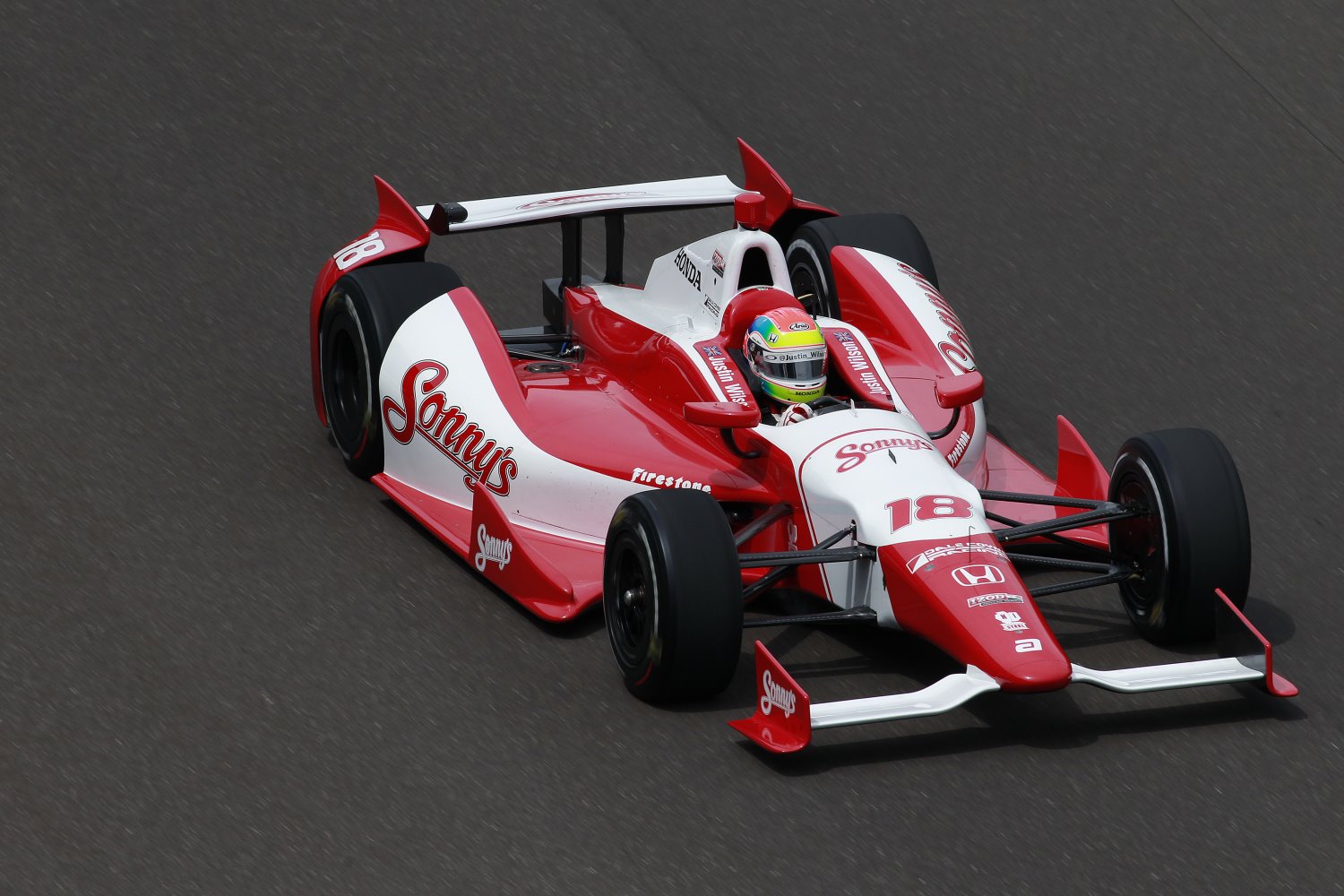 The opening weekend of practice for the 2012 Indianapolis 500 is behind us and things just get weirder and weirder. Rather than dwell on headlines that are already well covered in mainstream news releases, let me dive into a few behind-the-scenes observations and some educated guesswork.

My personal, unofficial opinion (which I reserve the right to deny later) is that the new Dallara/Firestone combination simply provides more grip than this engine package is capable of surpassing.

When you look at Sunday’s official speed charts, there are two entries for Ana Beatriz’s car and two more entries for Rubens Barrichello. The same car number is shown on the speed charts twice for each machine. Why? Because those drivers were temporarily replaced late in the day by a teammate in order to get a second opinion on car setup.

So forget what you read in the official press release. Here’s what really happened…

Ana Beatriz was turning unspectacular laps in the 214 mph range, with a best of 214.745. Nobody was overly happy about it. Andretti Autosport put Marco Andretti in Ana’s car at about 5:40 pm to see if he could do any better. The result? Marco duplicated Ana’s speed at precisely 214.745.

That tells you it’s not the driver; it’s the car. It just won’t go any faster with that setup. And that wheezing sound you hear in the distance is a sigh of relief from Ana Beatriz.

KV Racing was having the same issue with Rubens Barrichello floundering in the mid 215’s. Barrichello took a break while teammate Tony Kanaan jumped into Barrichello’s car and went for a spin. It didn’t last long. Kanaan managed a lap at 213.6 and pulled back in, unable to find any more speed.

Once again, it wasn’t the driver; it was the car. The thing just wouldn’t go any faster.

Now let’s look at the frontrunners. Sebastian Saavedra set Sunday’s fast time at 221.526 while picking up a tow (aerodynamic draft) from Josef Newgarden and Bryan Clauson, both of whom were running a few yards in front of him.

Five minutes before the weekend practice sessions ended, Justin Wilson tried to steal the day’s quick time by running in Newgarden’s draft. Wilson clipped off a lap at 220.6 but failed to best Saavedra’s quick time.

Newgarden tried the same trick but couldn’t find anyone to give him a tow. He gave up and returned to the pits.

Scott Dixon was the only driver in the top five (that I could see) who could turn “honest" times without using a draft to artificially prop up his numbers. Remember that on Pole Day. Dixon is quick.

What else was missing from this weekend’s practice? Crashes. They’re not wrecking and they’re not spinning out. Even the rookies look solid and steady in the corners. I don’t think the drivers are “hanging it out" lap after lap like they were when Jim Crawford, Arie Luyendyk and their pals posted those ridiculous 235-239 mph laps in the 1990’s.

The real movers on the speed charts were the guys who were deliberately running without a tow, and their stories were largely ignored by the media, which focused instead on the hot laps being laid down by the frontrunners.

Michel Jourdain started the day at 210 and jumped to 214 by the close of practice on Sunday. Ed Carpenter ran an honest 218.4 at 5:45 pm Sunday without another car in sight, jumping ten spots on the speed charts.

So what does all this mean?

In my opinion, it means that the teams are simply unable to get any more out of this car. It goes 215 to 217 no matter who sits in it. The only way to go faster is to find a tow from another car. Excluding the impotent Lotus cars, I look for a 4 mph spread to cover the field in qualifying next weekend.

Speaking of Lotus, the proverbial wheels are coming off their IndyCar program. The well-publicized lawsuit against Lotus by Jay Penske’s Dragon Racing has been a public relations nightmare.

Their on-track performance is no better. Formula 1 veteran Jean Alesi is stuck at 209 mph, while Lotus pilot Simona de Silvestro’s 202 mph top lap is nothing short of embarrassing.

Indy is actually turning out worse than expected for Lotus… if that’s even possible. With the entire field using the same chassis, the only distinction between the cars is the engine and Lotus isn’t even in the game. The entire Lotus program is now on life support.

To make matters worse, three of the next four races after Indianapolis are on ovals, where horsepower reigns supreme. If Lotus can survive until the series returns to road racing in July, it might have a chance. Emphasis on “might."

Despite the train wreck they’re now suffering through, the Lotus brand is good for IndyCar and everyone should be pulling for them to hang on and become competitive. They need horsepower. Even 20 more horses would make a difference at this point. They need a marquee driver to replace Oriol Servia, Sebastian Bourdais and Alex Tagliani, all of whom recently departed.

And they need to survive for another 8 weeks so they can return to road racing where they’re underpowered engines will be at less of a disadvantage.

Like I said. Things just get weirder and weirder around here.