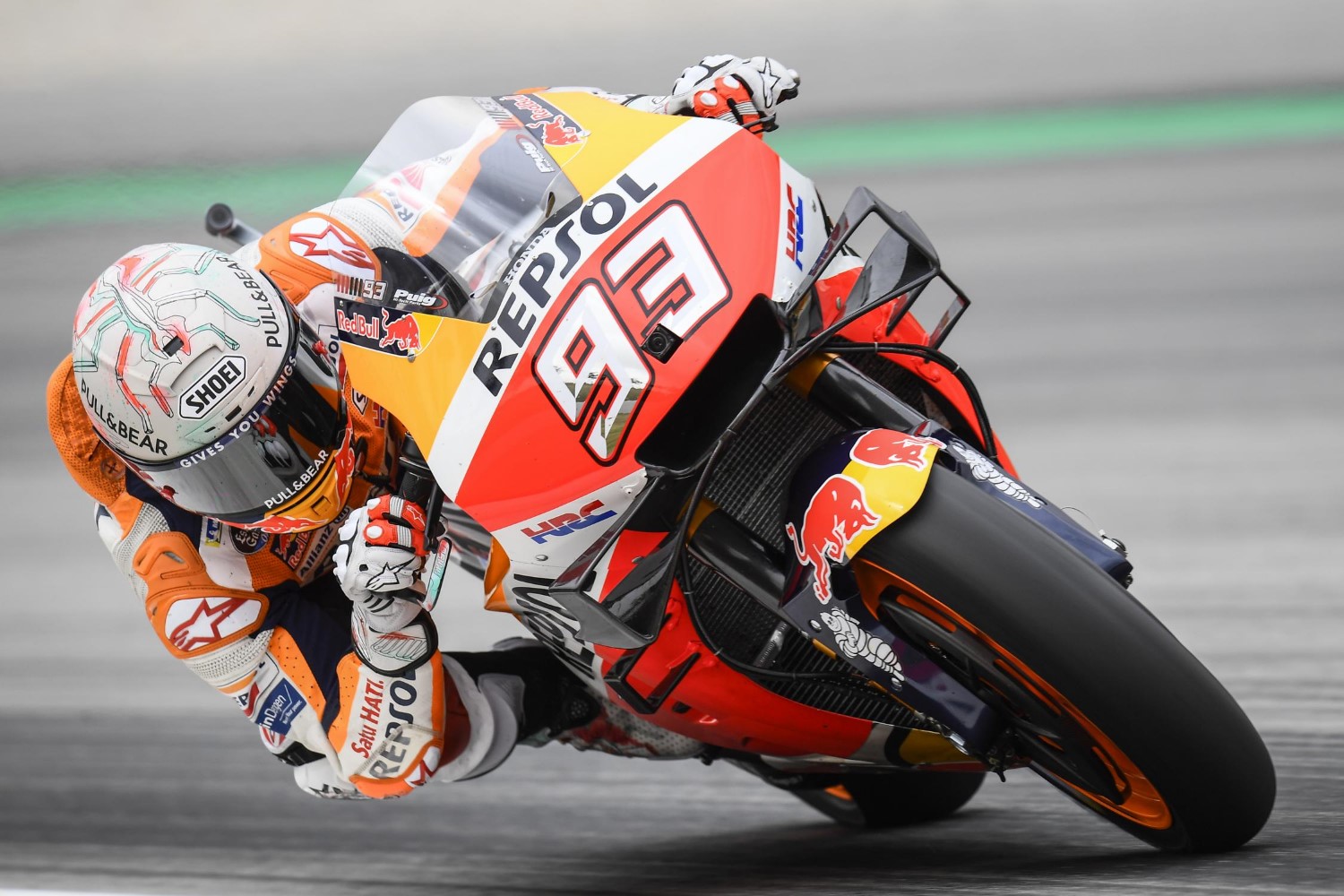 Maverick Vinales (Monster Energy Yamaha MotoGP) has finished the official Barcelona Test at the top of the timesheets after setting a 1:38.967 at the end of the play, the Spaniard completing a whopping 98 laps to finish 0.047 faster than second place Franco Morbidelli (Petronas Yamaha SRT), with Catalan GP race winner Marc Marquez (Repsol Honda Team) third.

Both Vying and teammate Valentino Rossi weren’t testing anything big in Barcelona, with the team expecting to have some more parts at the Brno test. Rossi headed out with the new exhaust and a finger operated rear brake to finish P14 on the timesheets, 1.001 from Vinales’ time, with Fabio Quartararo (Petronas Yamaha SRT) working on his starts and testing 2020 tires for Michelin.

Marquez had three HRC bikes at his disposal for the test: one standard, one with a carbon covered frame and one that looks to be Takaaki Nakagami’s 2018 model. The number 93 completed 80 laps on Monday, but it wasn’t all so smooth. Marquez crashed at Turn 4, with teammate Jorge Lorenzo going down at Turn 9 – riders ok. In the LCR Honda garage, Nakagami got to try a 2019-spec RC213V, with Cal Crutchlow having some aerodynamic parts to test for HRC – Lorenzo also circulated with a new aero package.

Marc Marquez
“It has been a very good test and we were able to get a lot of information after trying a few different things for the future. We were looking at not only this year but also the future and what direction we need to take. We looked at both 2020 and also the second half of the season. We tried a new chassis and some new aerodynamics looking to try something for the future. Like always, there were some positives and also some negatives with everything. In the afternoon we made another step and we’ll see how we can use it in Assen."