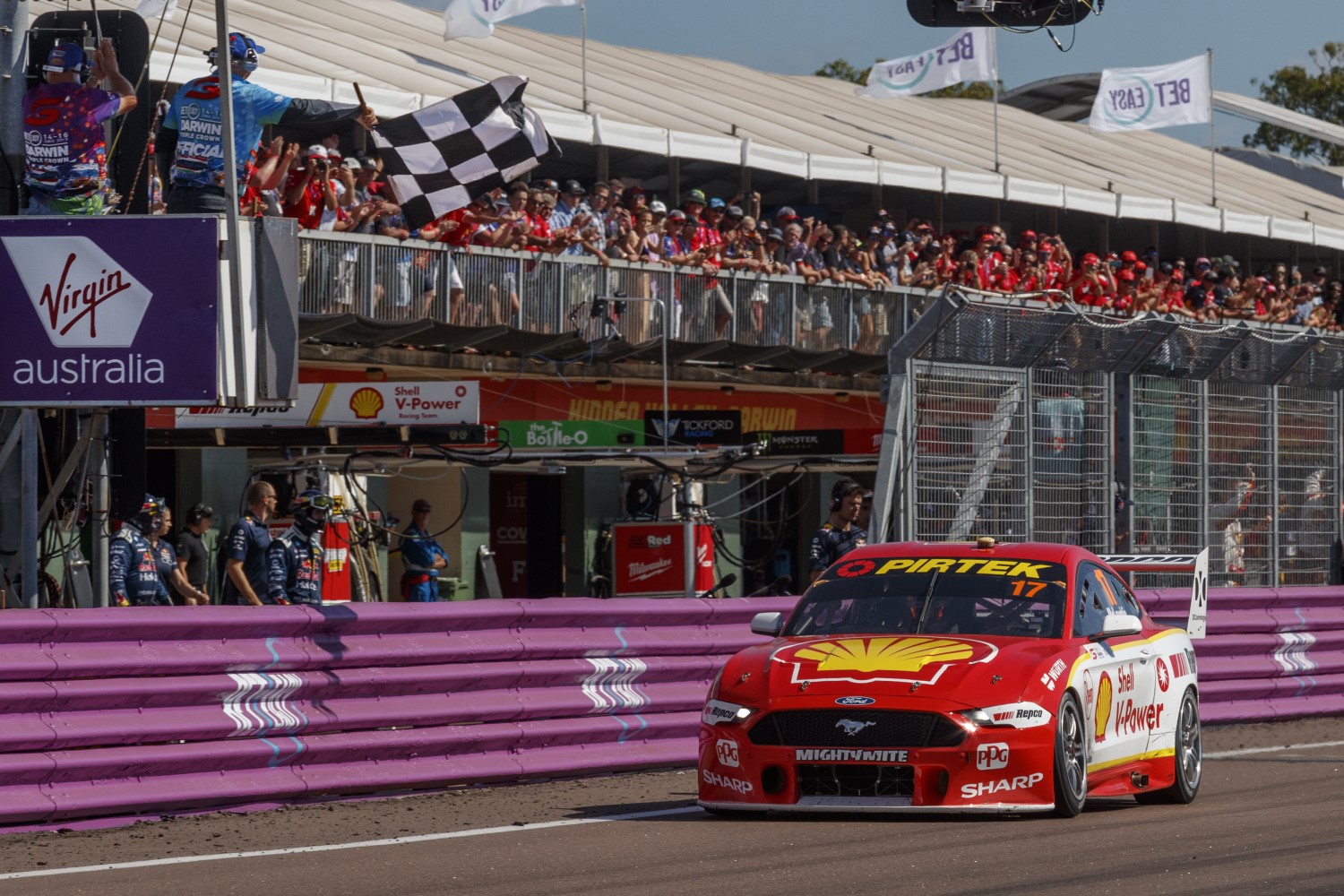 Scott McLaughlin’s unstoppable forms continues as the records tumble one after the other.

McLaughlin made history by winning the BetEasy Darwin Triple Crown for the first time, the prize awarded to the driver and team who wins both races and the ARMOR ALL top ten shootout.

It as his fifth straight win since a second to Shell V-Power team-mate Fabian Coulthard under lights in Perth last month following his 11 front row starts this year.

Having equaled Peter Brock’s 57 pole positions in the morning for second on the all-time list, McLaughlin cruised to victory to take every trophy on offer across the weekend.

It brought up 12 wins from 16 races this season.

“It has been an awesome thing for all our guys and girls and Ford Performance to get the first triple crown. It was a big team effort," McLaughlin said.

Penrite Racing’s David Reynolds and Coulthard were the best of the rest, with second place a sizable 14 seconds behind the winner.

“We still need a lot to catch these cars around me, otherwise a really good job from the boys," Reynolds said. “We did everything we could but didn’t get there."

The Championship leader waltzed away at the front to lead by 7.6s when he and Reynolds pitted together on lap 19 of the 70.

While McLaughlin emerged in front, Reynolds was behind four drivers to have made earlier stops, led by Cameron Waters.

McLaughlin's buffer during the second stint grew to more than 13s over Waters, who had Coulthard and Reynolds for company before the final round of stops.

Reynolds cemented third in the championship with his third podium in the last four races.
Coulthard had to settle for third place, albeit within a second of Reynolds.

Cam Waters ran fourth into the closing stages, ahead of Jamie Whincup, Lee Holdsworth and Chaz Mostert. Having started 11th, Whincup finished a messy opening lap down in 24th place, but pitted early and put clean air to good use in his recovery.

Behind that pack, Anton De Pasquale took eighth, ahead of Will Davison and Shane van Gisbergen, who could not match team-mate Whincup's inroads from 16th.

The Championship now shifts to the Watpac Townsville 400 from 5-7 July.