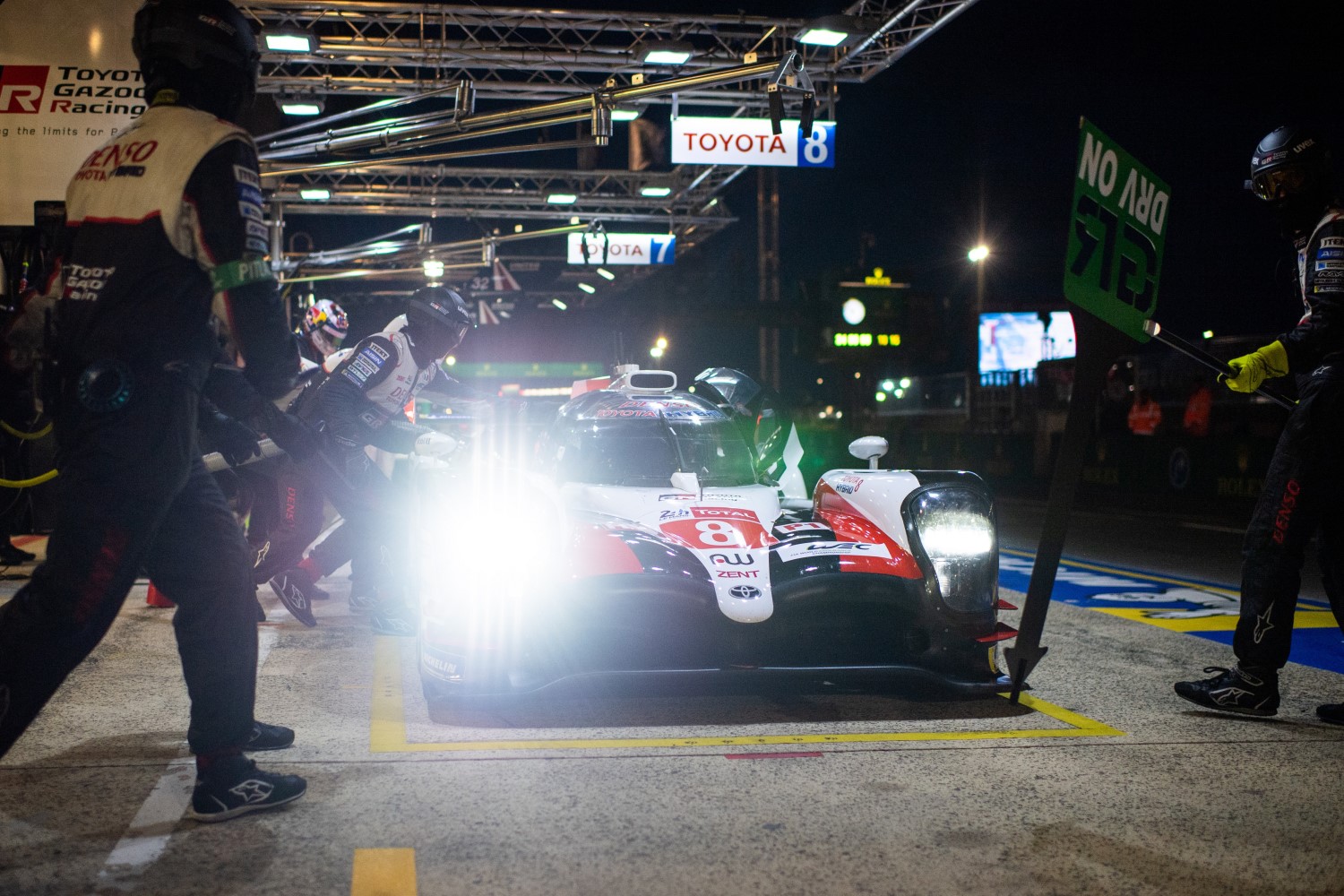 Efficient pit work from the No. 7 Toyota Gazoo Racing crew put Kamui Kobayashi out front in time at the 14-hour point of the 24 Hours of Le Mans.

The two Toyota TS050 Hybrids have been exchanging positions throughout the FIA World Endurance Championship season finale, but it was the No. 7 leading after 14 hours.

A sixth safety car of the weekend, triggered by the ARC Bratislava Ligier LMP2 car going off at Indianapolis, bunched Buemi onto Kobayashi’s tail but the Japanese driver eked out a gap just after the restart and into the second half of the race.

In third was the No. 3 Rebellion R13 Gibson ahead of the lone remaining SMP BR1 of Mikhail Aleshin, 3 & 4 laps off the pace.

The GTE-Pro class was led at halfway by the the No. 51 AF Corse Ferrari 488 GTE Evo.

Three of the four Porsche 911 RSRs worked their way into the top five during the opening stages of night running, while the Chip Ganassi Racing Ford GTs placed fifth through seventh.

The No. 63 Chevrolet Corvette C7.R has also been a mainstay in the top ten.