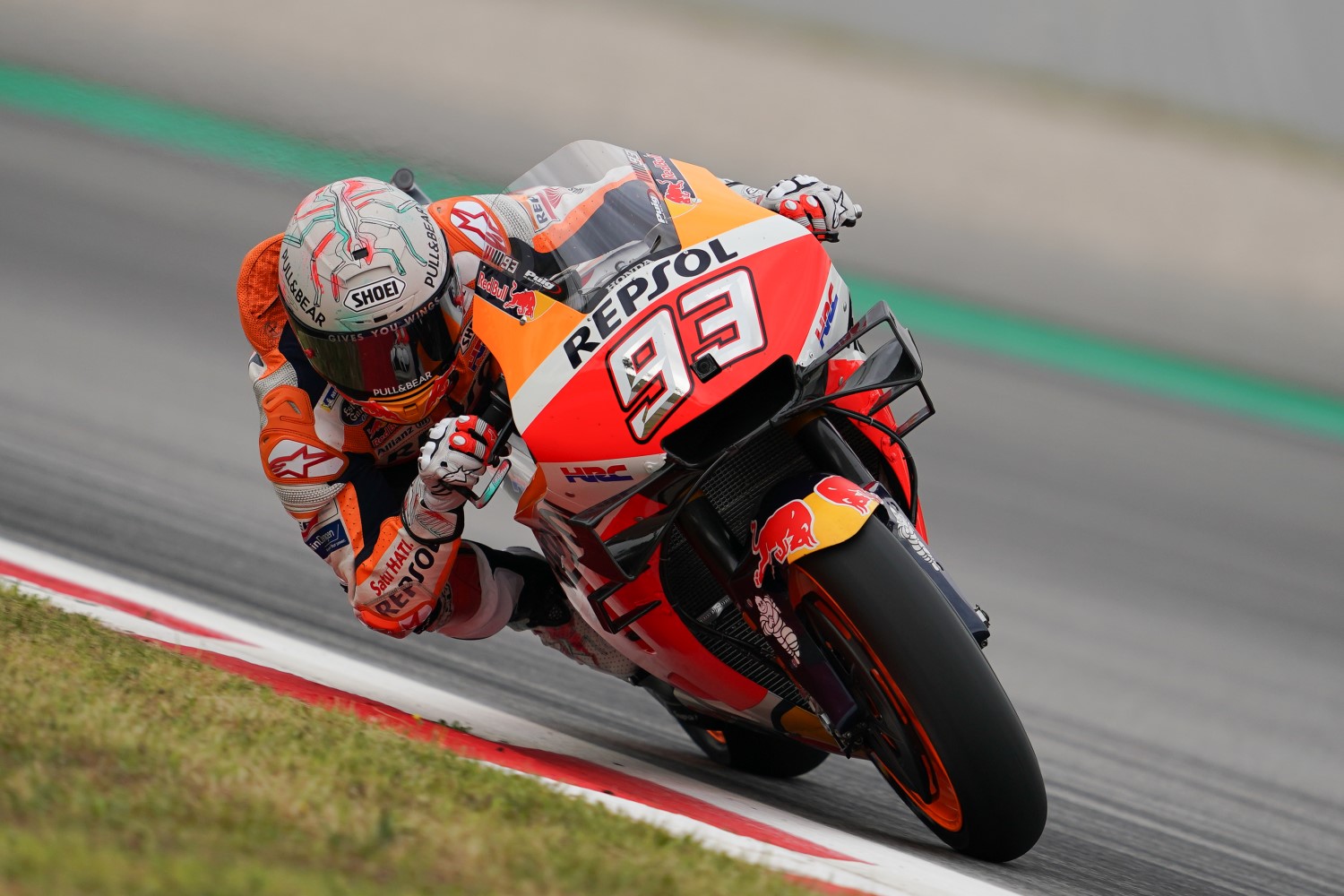 The news of the day is that Marc Marquez is playing catch up at Barcelona. The Honda rider preferred to focus on tires rather than set a fast time at all costs today. Aside from that, the Spaniard is also aware of new parts brought by HRC for his team-mate.

“That tank reminds me of the Ducati tank, it's related to ergonomics and so I don't need to try it – begins Marc – one of the unique things about Honda is its ability to build two bike with the same base and then develop them. HRC is very good at satisfying its riders' requests. Lorenzo's tank is an element that doesn't take time to bring to the track. It's different if we start talking about the engine or frame, but I don't think we should even waste time there. The bike is proving to be fast and we're on the right path".

Just a few words are enough to put Jorge in his place, as Marc already did after the Mugello race. His attention returns to Barcelona.

“We've changed our strategy a little with respect to Mugello in order to understand the tires. I started with the soft this morning, despite the high temperatures. I had two different bikes with different settings. On medium used tires I lapped in 1’40"9. my performance doesn't reflect my true potential, but the feeling is the same as at Mugello and Le Mans".

Marc then talks about a dream team that has so far failed to materialize.

“In Honda if you don't win you don't achieve the goal, but I get on well here and am pleased with how we're working. I already said over the winter, the dream team is when you finish the season and have won the triple crown. Right now, we're working to grow and be at the top. Personally, I'm proud to be part of this team, and proud of the decision made by Honda. They love me, and vice versa".

And how is the situation with the tires?

“I didn't work as I'd hoped to at Mugello, I focused on one specific tire without testing the medium and soft solutions. We got a few things wrong there, like at Losail, so we've decided to make a change, also considering the allocation is different".

The Spaniard kept busy with both bikes.

“When you jump from one bike to the other you can have some problems. Santi knows me well and could see I was getting anxious, he tried to calm me down so as not to destroy the bike. The work was useful in the end though".

At the end of day one, the quickest Honda is that of Nakagami.

“Takaaki is improving and is not worried about the Honda's potential. he is working in the right way, on a private team, I think it's the best thing. Also because when you're on the factory team you have a lot of pressure. He's really incredible through the fast turns, also here at Barcelona. And he's competitive with the new engine".

While Quartararo leads the way.

“I think that Fabio is doing a great job and we saw that at Mugello too. I think he'll be a strong rival. He's really getting the Yamaha to work well. It's his first year in MotoGP but he's competitive. The Ducati might have a little more here, but I'll do my best to put them behind me". GPone