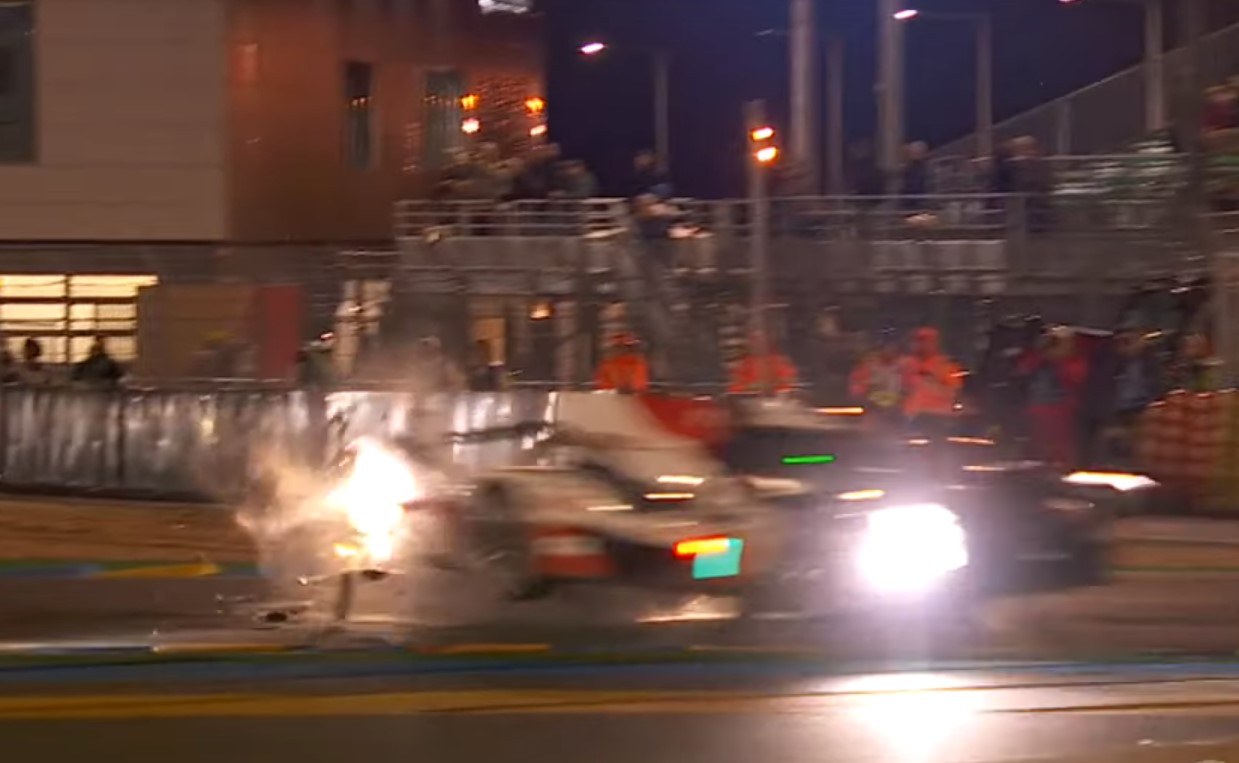 Kamui Kobayashi put the #7 Toyota TS050 HYBRID on provisional pole position for the Le Mans 24 Hours, before the car went airborne in a collision with an LMP2 runner.

The #7 car was involved in a late scare during Mike Conway's turn behind the wheel. The Toyota came across the DragonSpeed ORECA-Gibson 07 driven by Roberto Gonzalez as the LMP2 car made a last-minute move to rejoin the track after a spin at the Ford Chicanes.

Mike Conway (#7 TS050 HYBRID): “It was a pity about the incident because the session had gone really well until then. I slowed down then saw headlights: I tried to pull out of the way but it was difficult to see the car and unfortunately we made contact. I’m sorry for the crew that they had a lot of extra work to do, but they did a great job to get the car back out at the end of the session."