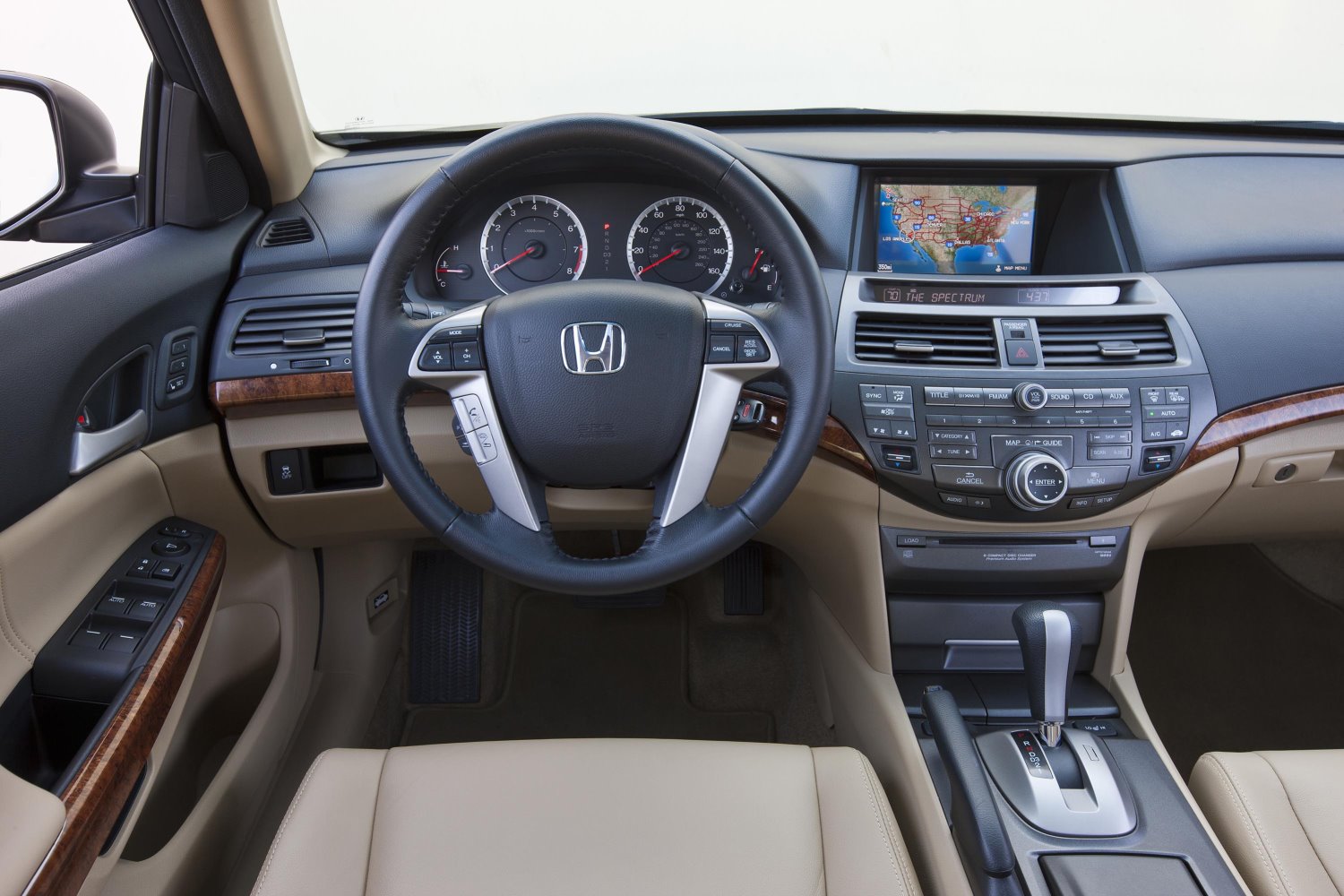 The Honda Accord is one of those cars that is a benchmark. If someone wants to build a family sedan in that segment, you can bet that they have a few Accords in their technical centers that they have taken apart to see what makes them tick. Honda sold a quarter million Accords last year.

The Accord has always had something special in its blood. It was a car that was affordable but did not feel or look cheap. It was economical to drive yet fun to drive. It had plenty of room but was not too big to be hard to drive or park.

Honda redesigned the Accord recently and just like most other cars, the new car is bigger, more powerful and more luxurious. But is it better or have they gone over the edge with the formula?

We wanted to find out so we got our hands on a top of the line EX-L model with the V6 engine and navigation system and started driving. If you are testing a 500 hp sports car, you would test the car at a racetrack.

With the Accord, we wanted to test the car in its natural habitat: the rear world. We wanted to see how the Accord performs in everyday chores such as going to the airport and picking up a bunch of people and their luggage, driving in rush hour traffic and seeing if it starts to get uncomfortable, or just driving to the grocery store.

The 2012 Accord is available in many different trim levels. The base version is now the LX which comes with a host of standard features for $21,380.

Next up is the LX Premium which adds 8 way power driver seat, 16 inch alloy wheels, and security system for $23,180.

Finally the EX-L adds leather to the EX model as well as a 270 watt stereo system with Bluetooth connectivity, steering wheel mounted audio controls, and power passenger seat for $27,555. Add navigation to the EX-L and you now will need to write a check for $29,755. Add the V6 engine and you will need $31,830 in your bank account which is getting close to Acura territory where you can have a TSX for about the same price or a TL for a few thousand dollars more.

Someone mentioned that nine out of ten Accords are sold with a four cylinder engine. Somehow it just does not seem possible because the V6 in the Accord is amazing. It is a 24 valve SOHC 3.5 liter V6 that cranks out 271 hp at 6000 rpm. As much as the Accord has grown, it has remained relatively light at just around 3500 pounds for the top of the line EX-L. Thanks to a pretty favorable power to weight formula, the Accord V6 manages to be pretty quick.

It is so fast that it will shock many so called sports cars. And the power is there almost everywhere. The flat powerband is perfect for the everyday world where horsepower isn’t always about racing at full throttle all the way to redline.

Instead the engineers have tuned the all-aluminum engine to provide power where you need it most such as to merge on the freeway or to pass that truck. The V6 is a very advanced engine and even features cylinder deactivation. As long as there is a light load on the engine, you will see the green ECO light on the dash which means that it is running as a three cylinder to save fuel.

The engine is mated to a five speed automatic transmission that lacks a gear compared to most of its competition. That does not seem to bother the Accord however since the transmission shifts quickly and smoothly. The 0.538 fifth gear ratio means that the Accord V6 is almost idling at highway speeds which is great for fuel economy. The result is that the Accord V6 can get 30 mpg on the highway which is just amazing for a car with this much power and this much room. Coupled with an 18.5 gallon fuel tank, we were able to get over 500 miles out of a tank which was fantastic.

Speaking of room, there is a lot of it in the Accord. With 101 cubic feet of passenger space, there is enough room for four people to ride around like a limousine. Rear legroom is superb at 37 inches which is enough for almost anyone. Three people can ride in the back for the longest trips with ease. The front seat is also a great place to be with very comfortable bucket seats that are heated. The 14.7 cubic foot trunk is also commodious and can provide enough room for a family’s travel needs.

Perhaps one of the best traits of the Accord from a driver’s point of view has been its ability to provide entertainment to the driver.

Accords were the sport sedans of the family car but the latest generation seems to have lost a step. Our car with the 225/50-17 all-season tires and 14 mm rear sway bar was too soft around turns and seemed reluctant to change direction quickly. There is lots of safe understeer at the limit but the tires will howl and protest long before you reach the limit. Part of the problem seems to be the amount of weight on the front end. A better balanced car may just be a four cylinder Accord.

The four cylinder may just be a better alternative. While the 2.4 liter four cylinder puts out only 190 hp compared to 271 hp for the V6, it gets better gas mileage, handles better, and is a much better deal. You can also get the 4 cylinder with a manual five speed transmission.

If you are in need of a roomy four door and you are on a first name basis with Donald Trump you may want to look at something from Bentley or Rolls Royce. For those of us with a spouse, kids and a mortgage and no rich aunts or uncles an Accord just makes perfect sense.