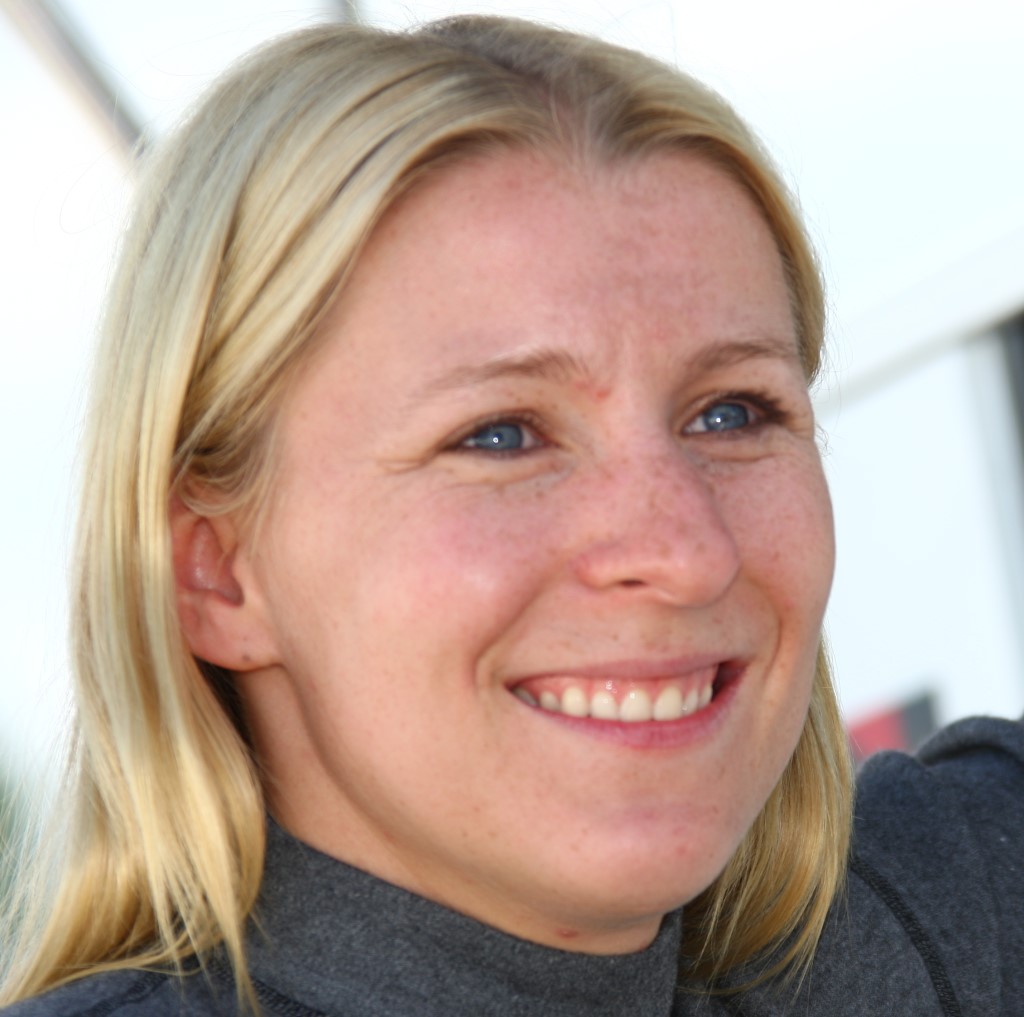 When you talk to Pippa Mann, you just have to ask her about her hand, badly burned in the Vegas crash last year. It’s not all of her life, but for now, it’s still an important part of her life.

“It’s doing really good" she tells me as she shows scars from skin and tendon grafts. “It still looks a little bit bulky, but as you can see, it makes a pretty good fist! I’ve been working it in the gym, and it holds onto stuff pretty good…. I’m expecting it to hold onto a steering wheel just fine."

The recovery is amazing, but even more powerful is Pippa’s positive attitude about all of last season. To say that she had a horrible 2011 season – albeit brightened by an Indy 500 performance – would be an understatement.

"That’s the way it goes sometimes in this sport. I guess I’ve been incredibly lucky through my career that I got to the stage I was at and never had any big issues, and within the space of 14 months I had two broken bones, a pretty serious concussion, and then some pretty serious burn damage. Fate decided it was my turn to get beat up for a while. She was just trying to see if I was still interested in racing cars. The answer is, ‘I am.’"

Pippa would love to see advances in glove technology, for obvious reasons and along with Simona de Silvestro, emerged with badly burned hands, but barely scathed gloves.

“What’s happening is the heat is penetrating straight through the gloves and burning us. So the fire is not penetrating, but the heat is coming through."

With that out of the way, we started talking about fun things. She moved from England to Italy for a while at age 17 to race karts, so when she later moved to Indy to chase her Indy 500 dreams she kinda knew what to expect in the way of adjustments. At first, fellow drivers that she met while working out formed the core of her circle of friends, but now it’s obvious that she’s a Hoosier.

When she’s not racing, she fills her weekends with deck parties with her friends, rooting for the Colts (she likes American football), or trips to see the Indianapolis Ice hockey team. If you didn’t know she was an IndyCar driver, you might say she’s just like thousands of bright, ambitious young people trying to find her way in the world.

Except of course, her “way" includes finding a sponsor – “Beating down doors" she joked — that will pay the bills to run IndyCar, something that has been difficult lately. She jokes as she starts the sponsor conversation, “…Says the girl who is on the sidelines right now…."

In a nutshell, she’s looking for about $3 – $4 million. However, she was optimistic about her chances, explaining to me that finding that kind of money in the States for IndyCar is easier than finding that money to run, say, GP2 in Europe.

And then, of course, there is that bit about driving an IndyCar. It means rugged workouts at PitFit, and being far away from home. I asked her if she sometimes felt alone, which circled us back to the Vegas crash last year.

“No, I wasn’t feeling alone. My biggest fear after I got hurt in Vegas was whether my mother would want me to stop driving. I spoke to her within 24 hours (of the crash) and she said she supported me to keep driving." Pippa paused – this clearly was still an emotional subject with her.

“She knew the type of person I am… and called me up. ‘I want you to know, if you want to keep doing this it’s entirely your decision. I stand behind you 100%, if this is what you still want, you’ve come too far to quit now.’

"I pretty much burst into tears. It means a lot. My mom’s not a big race fan, but she supports me, and she’s incredibly proud of me. It meant so much to me."