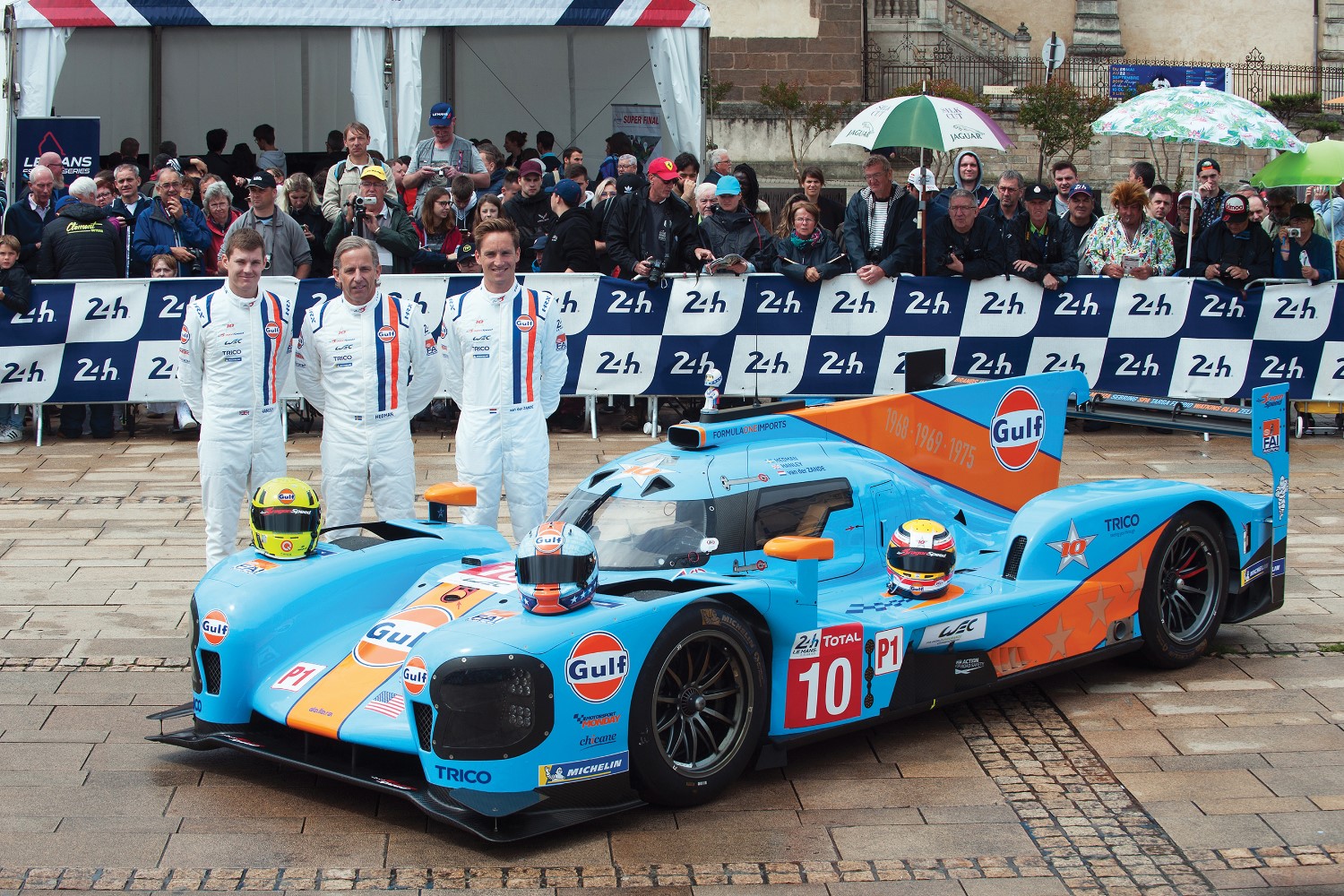 50 years after Gulf’s second victory at the Le Mans 24 Hours, the famous oil and fuel brand has announced its partnership with the DragonSpeed LMP1 team for the 2019 edition of the endurance classic, with additional support from FAIâ€ˆAuto Parts and Trico windscreen wiper products – the latter also seen on Gulf’s victorious Ford GT40 in 1969.

“It all sounds a little romantic, and I suppose it is," said Gulf Oil International’s Head of Marketing, Alexandra Ip, “but Gulf is very proud of its incredible sportscar racing heritage, particularly at Le Mans, so when the opportunity arose to compete 50 years on with a competitive car in the top category, we couldn’t turn it down."

“If any brand embodies the excitement, passion, and spirit of Le Mans, it has to be Gulf," said Dragon Speed Team Principal, Elton Julian. “We are delighted to race in these famous colors and become part of Gulf’s amazing Le Mans and endurance racing history. We are proud to represent Gulf as we seek to capitalize on our recent performance gains and take the fight to our LMP1 rivals."

DragonSpeed is also keenly anticipating the battle for LMP2 honors. Its number 31 ORECA O7-Gibson is one of the favorites in the 20-strong class, having won the most recent WEC round at Spa. Team leader Roberto Gonzalez of Mexico is joined by former Grand Prix winner Pastor Maldonado and 2014 WEC LMP1 champion Anthony Davidson in the red Soliq-sponsored machine. With extra points on offer at Le Mans, Gonzales, Maldonado, and DragonSpeed also retain an outside chance of taking the LMP2 driver and team titles.

Practice and qualifying sessions take place this Wednesday and Thursday, with the 87th running of the Le Mans 24 Hours starting at 15.00 CET on Saturday 15 June.