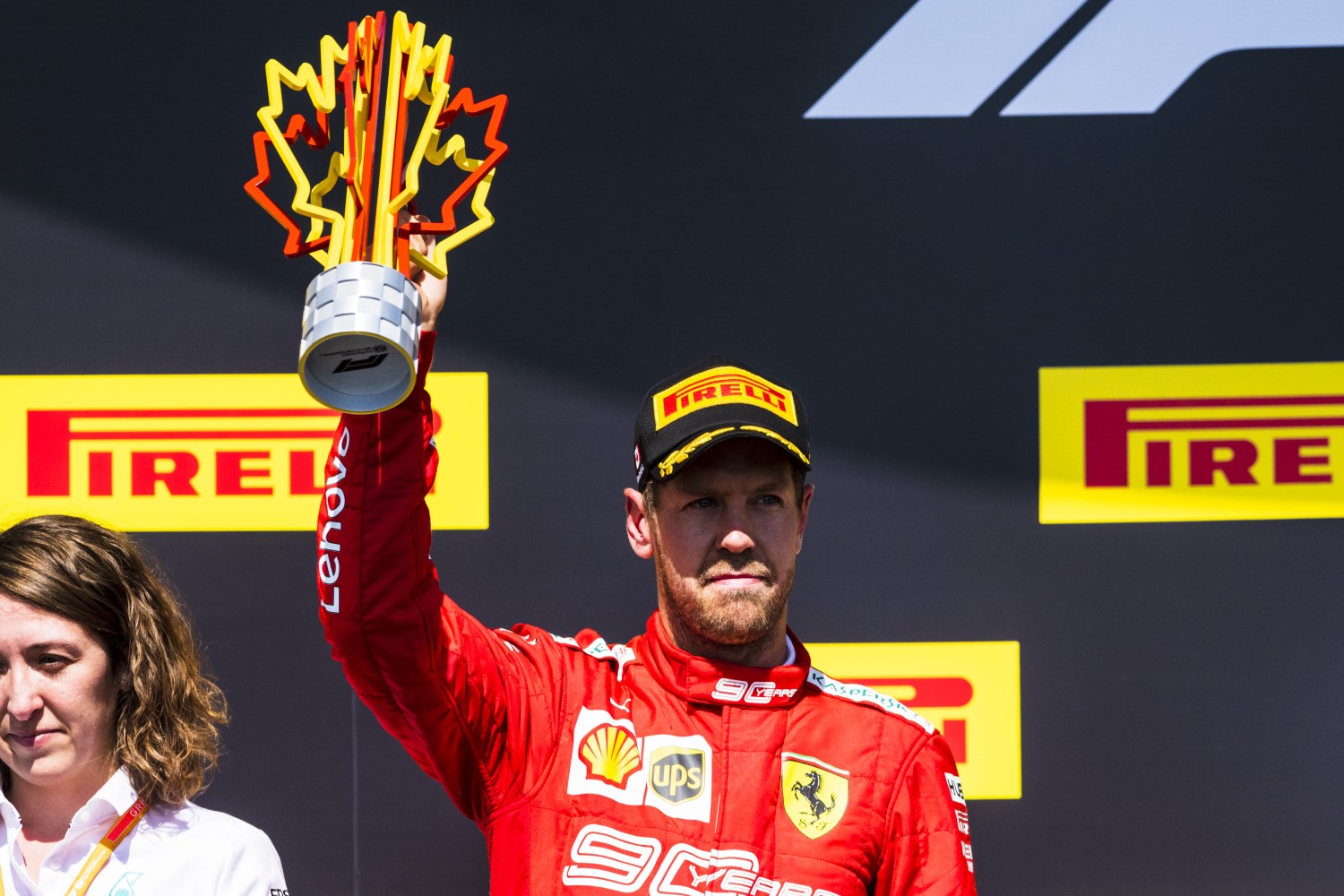 (GMM) F1 is rallying behind Sebastian Vettel after the German accused FIA stewards of "stealing" his race victory in Canada.

The Ferrari driver was livid after receiving a time penalty for unsafely returning to the track in front of Lewis Hamilton following a mistake in Sunday's race in Montreal.

Although Vettel met the checkered flag first, Hamilton was declared the winner. Some characterized Vettel's subsequent post-race reaction as childish.

Many more vehemently supported the 31-year-old.

"Anyone who has raced knows that Vettel was right," former F1 driver JJ Lehto told Iltalehti.

Alfa Romeo team manager Beat Zehnder told Blick newspaper: "The decision is a joke. This is how you break our sport."

Ferrari has vowed to appeal the lost victory, but Zehnder said: "The regulations make clear that you cannot appeal this sort of decision unless new evidence emerges."

The Montreal crowd booed the decision, with a furious Vettel declaring: "You should ask the people what they think."

Other former drivers also made their feelings clear. Nigel Mansell said the stewards created a "false result", Mark Webber called it a "mental penalty", while Mario Andretti said the decision was "not acceptable".

Ferrari boss Mattia Binotto said: "What really hurts is that in similar cases in the past, different decisions were taken."

Even Toto Wolff sounded uncomfortable with the decision, even though he said the stewards' decisions should be accepted.

"In Sebastian's place, I would have grabbed the sign with the number 1 and thrown it at the car," he said.

"If there is a proposal to adjust the rules in favor of a tougher fight, I will be the first to support such an idea, because the greater the danger, the higher the entertainment."

Lewis Hamilton said the post-race controversy left him a winner with "an empty feeling".

Vettel said he mourns for the F1 of the past.

"Ultimately, it's not the sport that I fell in love with when I was watching," he said.

The Stewards, having received a report from the Race Director, have considered the following matter and determine the following:

Fact: Car 5 left the track, re-joined unsafely and forced another car off track.

Offense: Involved in an incident as defined by Article 38.1 of the FIA Formula One Sporting Regulations.

Reason: The stewards reviewed video evidence and determined that Car 5, left the track at turn 3, rejoined the track at turn 4 in an unsafe manner and forced car 44 off track. Car 44 had to take evasive action to avoid a collision.

Competitors are reminded that they have the right to appeal certain decisions of the Stewards, in accordance with Article 15 of the FIA International Sporting Code and Article 9.1.1 of the FIA Judicial and Disciplinary Rules, within the applicable time limits.