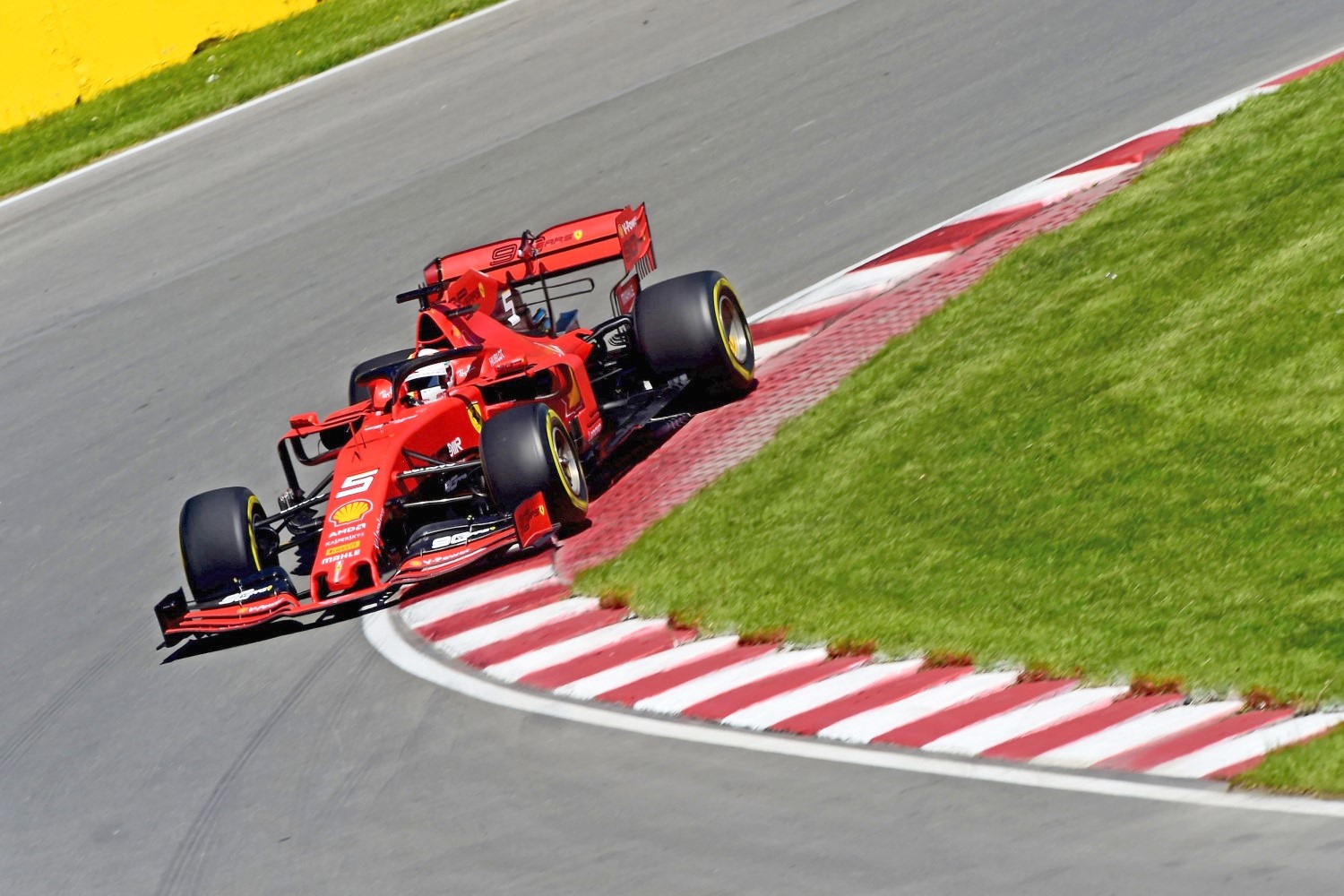 Last year's Canadian GP winner Sebastian Vettel led a Ferrari 1-2 in Practice 3 for the Canadian GP Saturday morning in Montreal. However, Mercedes has yet to show their full hand.

Lewis Hamilton was 3rd quick in the sandbagging Mercedes 4/10ths behind Vettel while Valtteri Bottas was 4th in the 2nd Mercedes.

Sergio Perez ended FP3 ninth for Racing Point as teammate Lance Stroll suffered a hydraulic failure that brought his session to an early end and prevented him from setting a lap time. Daniil Kvyat completed the top 10 for Toro Rosso.