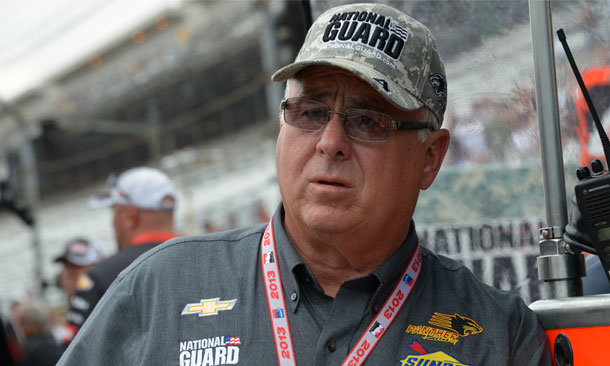 The Indiana Court of Appeals on Thursday affirmed that a sponsorship agreement between IndyCar and a racing team did not prevent IndyCar from providing another team access to space in the Fan Village at races on the circuit.

In October 2016, Panther Racing LLC sued Indy Racing League, Rahal Letterman Lanigan Racing and Docupak over Panther’s loss of a sponsorship agreement with the Army National Guard. The ARNG ultimately signed with Rahal Letterman for 2014, and Panther was unable to find a replacement sponsor, ceasing participation in the IndyCar competition.

Panther claimed IndyCar breached a 2013 sponsorship agreement by not providing exclusive Fan Village access to ARNG, and that Panther was the only bidder in a position to fulfill Docupak’s request for proposal requirements.

Panther appealed the trial court’s ruling awarding summary judgment to IndyCar, but the Indiana Court of Appeals found that the unambiguous language of Section 9.15 of the sponsorship agreement did not prohibit IndyCar from selling the 2014 Fan Village area to RLL for the benefit of the ARNG.

In its decision, the appellate court sought to answer whether RLL, as a racecar company and sponsored by ARNG, could be considered to be representing ARNG for purposes of the agreement. The answer, it concluded, was no.

Rather, it found Rahal Letterman Lanigan to be a recipient of ARNG’s money in return for advertising, therefore leaving IndyCar unbound by the restrictions of the agreement and free to enter a relationship with RLL. The appellate court thus affirmed the trial court’s decision that IndyCar did not breach the agreement’s provisions.

It further found that Docupak did not provide any information to ARNG to obtain for it a contract, and Docupak did not commit bid-rigging in Panther Brands, LLC and Panther Racing, LLC v. Indy Racing League, LLC d/b/a Indycar, Rahal Letterman Lanigan Racing, LLC and Document and Packaging Brokers, Inc. d/b/a Docupak, 18A-CT-2705.

Lastly, the appellate court concluded that Panther failed to designate evidence to support its allegation that its former ARNG contact provided RLL, his new employer, with trade secrets learned during his dealings with Panther.

“Panther also fails to designate any specifics on how the contact person improperly influenced the bidding process to skew the result and the subsequent award of sponsorship to ARNG," Judge Patricia Riley wrote for the panel.

“Accordingly, we conclude, as a matter of law, that there is no genuine issue of material fact that RLL committed the tort of unfair competition and affirm the trial court’s grant of summary judgment in favor of Defendants." Katie Stancombe/IndianaLawyer.com