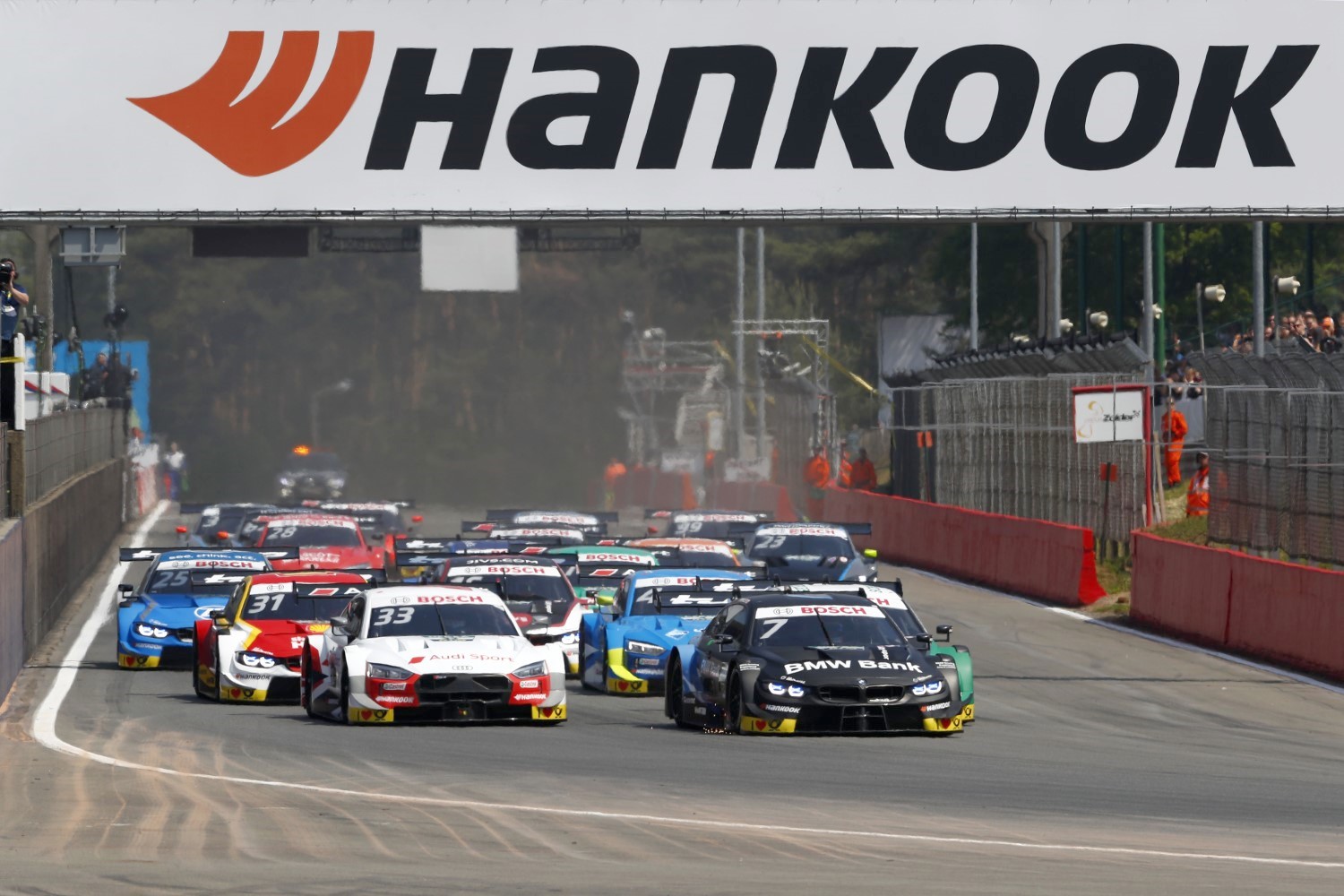 The DTM travels to Italy’s Adriatic coast this weekend for the third of the nine-weekend 2019 season, holding races five and six at the Misano World Circuit Marco Simoncelli.

Behind them, a clutch of drivers are narrowly separated by a handful of points, including two-time champion Marco Wittmann (GER), the only other driver to win a DTM race in 2019.

Another home race for Andrea Dovizioso

Fresh from a thrilling podium finish at Mugello in front of an adoring home crowd, MotoGP star Andrea Dovizioso (ITA) returns to his second Italian racetrack in less than a week for his DTM debut.

The factory Ducati rider, who was born 65km away in Forlimpopoli, will replace DTM rookie Pietro Fittipaldi (BRA), who is undertaking his reserve driver role for Haas F1 this weekend.

Despite his unfamiliarity with a 600+bhp race car, Dovizioso has been busy getting to grips with DTM power – he recently spent a day and a half testing at Misano, under the stewardship of two-time DTM champion Mattias Ekstrom. The Swede will continue to coach the Italian throughout the race weekend, too.

The Ducati rider will race a second Audi RS 5 DTM for WRT Team Audi Sport, running with the number 34. It was with this number that the 125cc World Champion of 2004 contested many seasons in the junior categories. It was a number inspired by his idol Kevin Schwantz (USA), the 500cc world champion of 1993.

As a guest driver, Dovizioso is not eligible to score driver, team or manufacturer points this weekend. If he finishes inside the points, the drivers behind him would assume his points.

Action on and off track – night and day

The 4.226km circuit is flat, technical and challenging. This year, it represents a fresh challenge for the DTM’s drivers, who will race the track in daylight for the first time. Last year’s event, held in rainy conditions, was an evening race in the dark. This year, it will start at the regular time of 13:30, with typically warm and sunny weather expected for the weekend.

Also on this weekend’s support card is the third of the six-race W Series, Porsche Carrera Cup France, the Audi Sport Seyffarth R8 LMS Cup and the TCR DSG Endurance Touring Car Championship, which will be contested by more than 40 drivers during a testing two-hour night race on Saturday evening.

Beats near the beach

For those less inclined to spend their evening at Misano at the trackside, this weekend’s Fan Village line-up boasts two international starts. Kicking things off at 19:30 will be Marlon Roudette, the songwriter and producer who was formerly the frontman of Mattafix, which scored an international hit with ‘Big City Life’, and recorded songs including ‘New Age’ and ‘When the Beat Drops Out’.

At 21:15, Gabry Ponte – one of Italy’s most famous and popular DJs – takes to the wheels of steel to entertain the crowds into the late hours. Ponte helped create the group Eiffel 65, which enjoyed a huge international smash with the song ‘Blue (Da Ba Bee)’ and produced Haiducii’s version of ‘Dragostea Din Tei’, a successful club hit throughout Europe.
Advance ticket bookings for all 2019 DTM race meetings can be done quickly and easily via the official site: DTM.com/tickets. DTM fans around the world can watch the races live on TV or streamed live via DTM.com.

“Being the current leader in the DTM is a nice snapshot – but nothing more. That’s why I’m not preparing for the upcoming races any differently. It’s not about reinventing the wheel, but about consistently scoring every weekend – ideally in the qualifying sessions and the races. Misano is a great race track, and I’m really looking forward to going there. The deck is completely reshuffled for this year because no manufacturer has useable data about tyre wear from last year’s night-time event."
Philipp Eng, BMW Team RMR

“For us, every DTM race is a new challenge. It’s no secret that we need more time before we can really focus on performance issues. We saw last year that Misano is a track that suits DTM well – and with the new cars it’ll be even more fun because we’ll be even faster there. I’m also hoping for some good weather, which would give us a clearer run to learn as much as possible about our package. If we could get into the points again, it would be a big achievement."
Paul Di Resta, R-Motorsport/Aston Martin

“In Misano, we should expect more passing moves than we saw last time out at Zolder. The DTM races are really interesting at the moment, and Misano is definitely one of the more demanding venues in terms of tyre wear. It could also be very hot this weekend, so a two-stop strategy might well become more of a possibility. It’s great to have guest starters in DTM. For instance, it was an honour to be on-track last year with a legend like Alex Zanardi. I have great respect for the MotoGP and World Superbike riders, and I know that Andrea Dovizioso has very carefully prepared. In that sense, I think he should be able to have a proper go at it this weekend."
Jamie Green, Audi Sport Team Rosberg