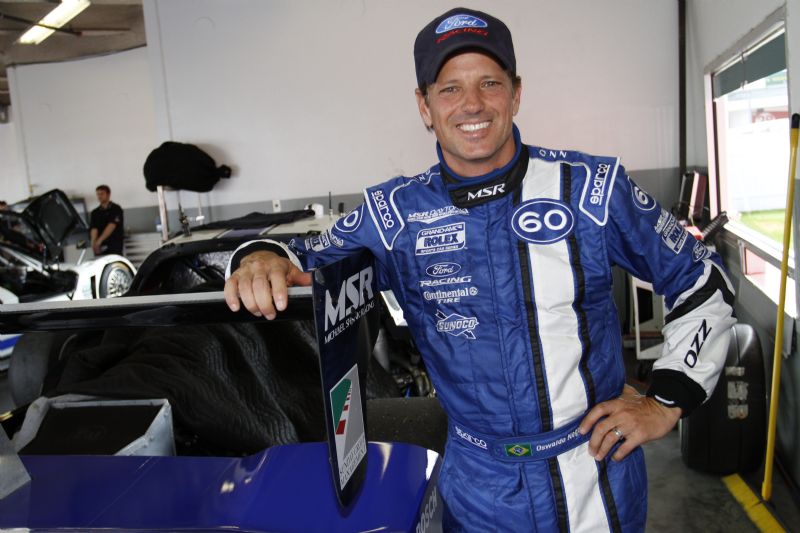 After 18 hours of racing in the 50th Anniversary Rolex 24 At Daytona, the stage was set for a final, six-hour battle between the No. 60 LiveOn.com Ford/Riley from Michael Shank Racing and the No. 01 TELMEX/Target BMW/Riley from Chip Ganassi Racing with Felix Sabates for overall honors.

Driving the No. 60, ex-Champ Car driver Justin Wilson held a 36.586-second lead over ex-Champ Car Atlantics driver Joey Hand in the No. 01 with 18 hours and 569 laps in the books. Wilson took the top spot from Ryan Dalziel in the No. 8 Starworks Motorsport Ford/Riley – which dominated the overnight hours with Dalziel and Allan McNish sharing the driving duties – on Lap 491.

Wilson and co-drivers AJ Allmendinger, Ozz Negri and John Pew are looking for their first Rolex 24 At Daytona victory, and they took the lead in the inaugural North American Endurance Championship presented by VISITFLORIDA.com with 11 points. They are one point ahead of second-place runners and defending Rolex 24 champions Hand, Graham Rahal, Memo Rojas and Scott Pruett, a four-time overall winner.

McNish held down third place in the No. 8 DP but fell one lap behind the leader during the 18th hour when he was forced to pit for rear bodywork repairs. McNish, Alex Popow, Lucas Luhr, Enzo Potolicchio and 2009 Rolex 24 winner Dalziel also have 10 points in the North American Endurance Championship, trailing the No. 60 co-drivers by one.

Points are awarded on a 5-4-3-2 basis at six-hour increments in the Rolex 24. The series continues in the Sahlen's Six Hours of The Glen on July 1, and concludes with the Super Weekend at the Brickyard on July 27 at Indianapolis Motor Speedway.

Pumpelly and co-drivers Steven Bertheau and Wolf Henzler are defending GT class winners in the Rolex 24. That trio is looking to give 2012 co-drivers Marc Goossens and Jeroen Bleekemolen their first Rolex 24 victories with a repeat triumph of their own. The No. 44 Magnus Racing Porsche GT3 of Richard Lietz, John Potter, Andy Lally, and Rene Rast was in third after 18 hours, one lap behind the leaders but still well within striking distance.

With 12 points, the No. 59 teammates held a one-point lead in the North American Endurance Championship GT standings at the three-quarter mark over the No. 44 teammates. The No. 67 Porsche quintet was tied for third with No. 57 Stevenson Auto Group Chevrolet Camaro GT.R co-drivers John Edwards, Robin Liddell and Ronnie Bremer. Both the No. 67 and No. 57 teams have nine points.