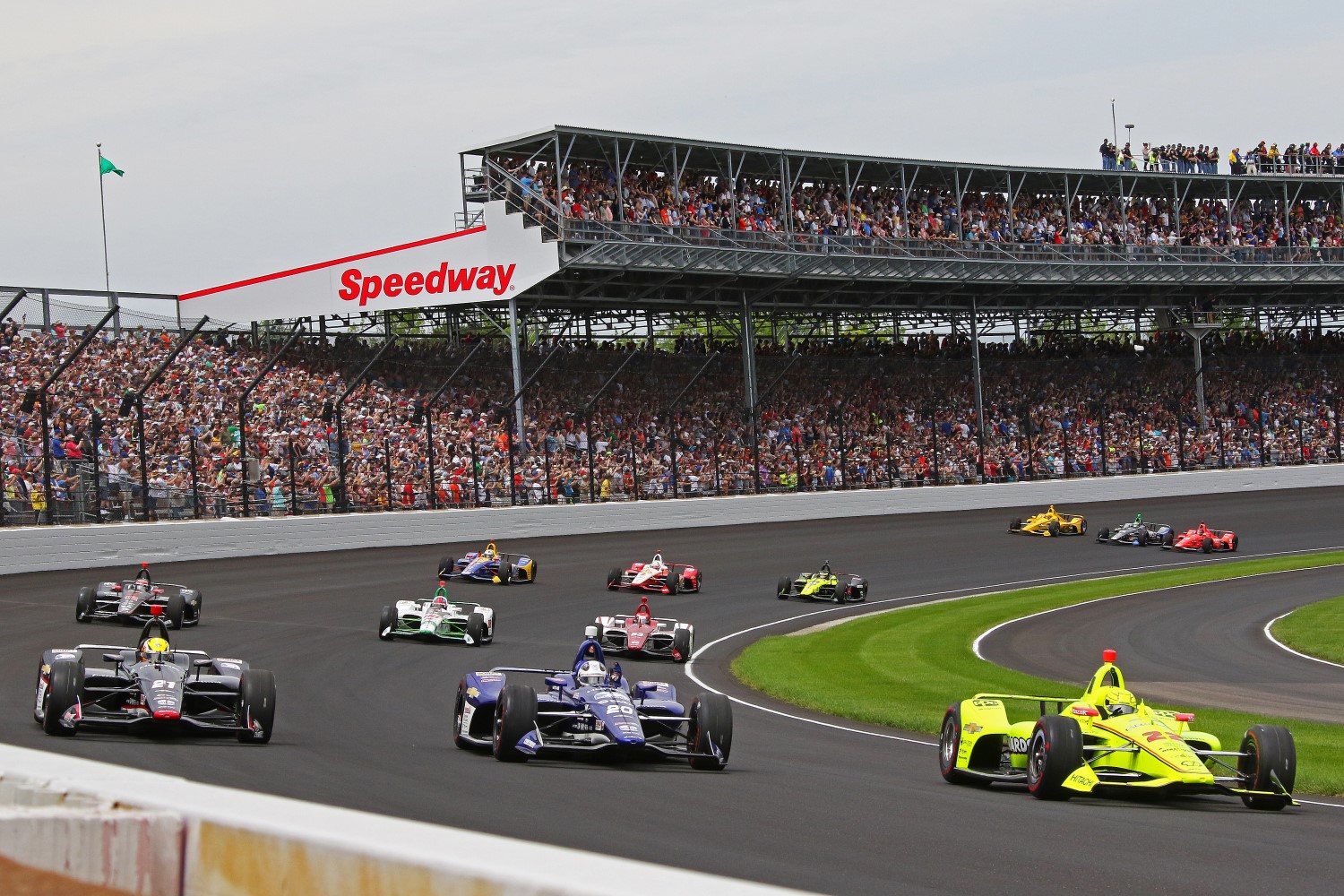 Special footage released today provides fans a never before seen view of the world's largest single day sporting event minutes before the start of the 103rd Indianapolis 500 presented by Gainbridge.

In the first ever double flyover in Indianapolis 500 history, four aircrafts performed a synchronized stunt with one blasting straight up into the sky that left fans in awe as Grammy award winning singer Kelly Clarkson finished her stunning rendition of the National Anthem.

"We are always trying to find new ways to give our fans the best show possible and to honor our men and women in uniform over Memorial Day weekend," said Indianapolis Motor Speedway President J. Douglas Boles. "Having the aircrafts return to the track and give fans something they had never seen before was a great way to add even more excitement and emotion to our special pre-race atmosphere. We're thankful to the United States Air Force for its continued presence throughout the Month of May and most especially during Indy 500 Race Day."

Four aircrafts, a P-40 Warhawk, a P-51, an A-10 Warthog and a F-16 Viper from the US Air Force, flew over the track, and immediately came back for another show which gave fans sitting near the backstretch of IMS an experience they typically don't get.

The A-10 and the F-16 airplanes raced around the track. When the airplanes returned to IMS for their second act, the 300,000+ fans in attendance roared to life with cheers. Upon finishing, the F-16 aircraft shot up in the air and performed a "quick climb," which is a tactical move fighter pilots use in combat to get out of harm's way. The aircraft ascended straight into the air above the track and provided a stunning view of The Racing Capital of the World as those at the Speedway lost sight of the plane, but the plane got a better sight of the Speedway.

The stunning move and the aerial view it provided of IMS can be seen in the link below, and more views can be seen from the pilots' Instagram pages: @rainwaters27, @a10demoteam, @viperdemoteam and @shivwilton.