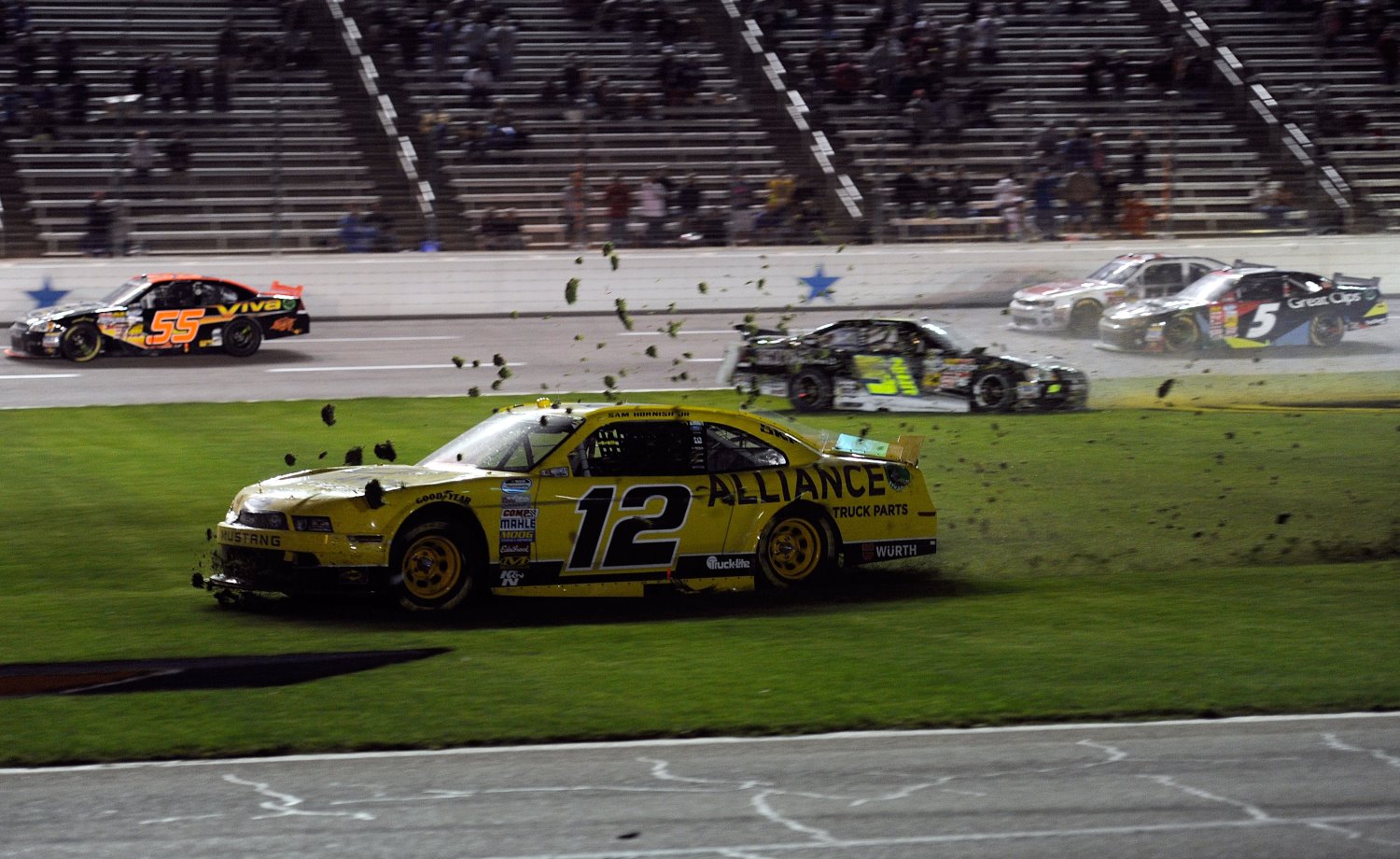 Sam Hornish Jr. can still win the 2013 Nationwide Series championship but what happens after that is anyone’s guess.

Hornish chopped two points off Austin Dillon’s lead with two races remaining in the season following his third place finish Saturday afternoon at Texas. Heading to Phoenix, where he won in November of 2011 for his first career win, he’s now six markers behind Dillon.

“We did what we could do. We took care of ourselves. We had a decent run. We came back when it didn’t look like we would gain points for quite a bit of the race," Hornish said.

A pit road penalty on lap 50 stemming from hitting the commitment cone put the Wurth team in the familiar role of battling back. They lost a lap under green flag conditions, which left Hornish having to later take the wave around to rejoin the leaders.

Once back on the lead lap he was as fast as teammate and eventual winner Brad Keselowski. His late race run helping salvage his championship hopes.

“I was thinking that we would gain three (points) today. But then I didn’t realize that he (Dillon) had led a lap," said Hornish.

“I thought that we were going to chunk three off at a time. I am really looking forward to going to Phoenix. I love that track and have a lot of good memories there. We will see what happens. We didn’t lose any and that is the key thing. If we can take one or two off the following weekend that plus the pressure on him. He doesn’t just have to finish within a couple of spots of us then, he will have to beat us."

Winning the championship for Hornish is far more likely than him having a full-time ride in the NNS next season. Two months ago in Kentucky he revealed that sponsorship, not performance, might take him out of the Penske Racing No. 12 and Saturday he reaffirmed the point, saying he still hasn’t nailed down his 2014 plans.

“As far as next year goes, I have talked to just about anybody that will talk to me and the unfortunate thing is that there are still a lot of people that by the time I knew what was going on it was late for a lot of things and then the people that still have stuff open are looking for money to be able to fill it," he said.

Hornish made the bold move in 2007 to leave the IndyCar Series where he won the Indianapolis 500 as well three championships, for the NASCAR world. Like many of his counter-parts, some of whom did an about face and left as quickly as the came to stock cars, Hornish was determined to stick it out and make it work, even after initially failing.

He ran Sprint Cup for Penske but struggled so badly that performance and sponsorship sent him to the NNS on a part-time basis. Now full-time he’s won again and has become a consistent top 10 driver.

Which is why he’s not ready to give it all up and find something else to do, adamant that he came to NASCAR to stay. Now unfortunately, he’s once again left trying to find out where he’s going to fit in.

“I came over here because I wanted to be successful at this and this is what I wanted to do. I don’t have any interest in going back to IndyCar at this point in time," said Hornish. “For me it is really about how to try to make this work. I have tried to sit down and justify a lot of things in my mind and the one thing that keeps coming up to me is what is going to further my career.

“Maybe I don’t find something full-time for next year but I would rather be in something that at least I could run a couple races here and there and be competitive and work hard to figure out how to be back full-time in 2015 as opposed to get in something that I don’t have any chance of winning and a good day would be 15th." Popular Speed