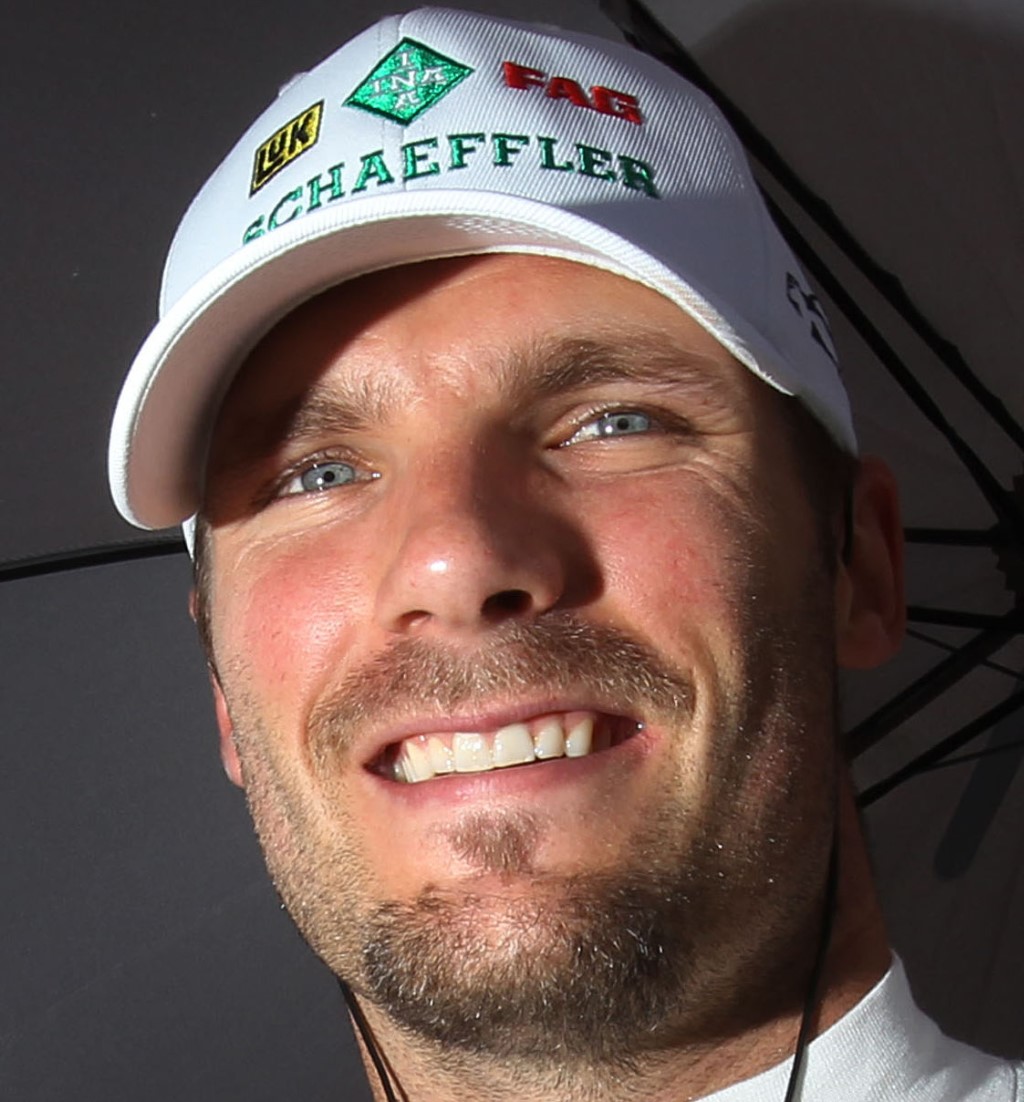 With a third place at the penultimate race of the season at Valencia Martin Tomczyk converted his first match ball: The 29-year-old driver from Rosenheim, Bavaria, is the 2011 DTM Champion and thus celebrates the biggest triumph in his motorsport career. The exploit also marks the first time in DTM history for a champion to sit in a so-called year-old car.

Tomczyk succeeds Paul Di Resta, who has switched to Formula One, and with the biggest triumph in his career has now joined the DTM’s club of champions whose members include stars like Bernd Schneider, Mattias EkstrÃ¶m or Timo Scheider.

"I extend warm congratulations to Martin Tomczyk, his team and the entire Audi squad on this outstanding achievement. The fans experience captivating duels at the highest sporting level and in Martin an absolutely deserving champion of the 2011 season," says Rupert Stadler, Chairman of the Board of Management of AUDI AG. "After the triumph at the Le Mans 24 Hours and numerous other victories this title is already crowning a successful Audi motorsport year now."

Audi Head of Motorsport Dr Wolfgang Ullrich was enthusiastic as well: "Absolutely well done, I’m tremendously happy for Martin. He has been a member of our Audi family in the DTM for eleven years and has experienced many ups and – no doubt – downs. But he has never lost his spirit and has emerged as a leader, particularly in this season. Now he has rewarded himself and his team for the hard work and the fighting spirit with the title. We’ve always known that Martin is a strong racer and a great guy – now he’s also a true champion."

In the motorsport scene Martin Tomczyk’s title win is regarded as a sensation – first and foremost because the German is driving a 2008-specification Audi A4 DTM. After a decade in a new car of Audi Sport Team Abt Sportsline he switched to a year-old car of Audi Sport Team Phoenix prior to the season. And where others might take a step back, Tomczyk really revs up: memorizing the names of all mechanics before meeting them for the first time, arranging a "warm-up" barbecue, presenting himself as leader of the whole squad from the first moment. This type of fighting spirit pays off. The chemistry between Tomczyk and team director Ernst Moser, his race engineer Jurgen Jungklaus and the entire Eifel-based crew is immediately right. And it ends in collective jubilation. It is the first time in the history of the "new" DTM that the champion’s trophy that weighs about 25 kilograms goes to the driver of a year-old car and the drivers of the more recent models are left behind. This may also be why it is safe to assume that there is hardly anyone in the paddock who would not be happy for the likeable Bavarian having clinched this success. And there is no doubt that Martin Tomczyk is a deserving champion.

"Despite the big challenge and responsibility in the DTM one should not totally forget the aspect of having fun," says Martin Tomczyk. And he lives this motto anew on each race weekend. The 1.88-meter tall racer is known and liked for his antics and practical jokes by all team members. At the same time, the ability to switch between humor and total concentration is one of his biggest secrets of success. Before qualifying and the race Tomczyk withdraws into himself, mentally drives every meter of the track with his eyes closed and deeply immersed in thought in order to then squeeze out the crucial hundredths.

Another key to success: Tomczyk’s coolness and inner calm off the track. With his brother Tobias as a close friend and manager and his partner Christina Surer, Tomczyk, the family man, has found his personal comfort zone – at home in Basel, where the couple is now living, just like in the paddock between practice sessions and technical meetings. Whether it is an unusual request by a TV station – before the race at Valencia Tomczyk posed as Don Johnson with a white suit, wig and plastic pelican – or granting what feels like the 1000th request for an autograph: he always remains friendly and down to earth, which is not to say that Martin Tomczyk does not know exactly what he wants and also states his opinion in a fair and frank manner. He can afford to do so because his word carries some weight. The race at Valencia was Tomczyk’s 112th run in the DTM – only Timo Scheider and Mattias EkstrÃ¶m are topping this mark in the current driver field.

It all started on April 22, 2001. There was hardly another new driver in the DTM whose debut raised as many eyebrows as Martin Tomczyk’s. At the age of only 19, then the youngest DTM driver of all time, and without a single race lap in a touring car under his belt, he entered the DTM with the private Abt Sportsline team. It took only a few weeks for all the eyebrows to lower again. At his third race he started from the front row. Since then Tomczyk has long become one of the seasoned campaigners. He has reached his destination in his private life and in motorsport. And on this 2nd day of October he has finally made his dream come true as well.

… Martin Tomczyk, on April 22, 2001, as the then youngest driver in history made his racing debut in the DTM. The season opener at Hockenheim in the Abt-Audi TT-R of the private team Abt Sportsline was his first ever touring car race.

… Martin Tomczyk has contested exactly 112 races since then, clinching 7 victories, 8 pole positions and 6 fastest laps, and mounting the podium 23 times.

… He does not attach any importance at all to numbers and statistics like these and, unlike many other racers, does not believe in superstitions and good luck charms.

… He follows a firm ritual nevertheless: Before the crucial laps in qualifying Martin Tomczyk withdraws into himself and, sitting in the cockpit, covers the track meter by meter with his eyes closed.

… He achieved his so far best position at the end of a season – a third-place finish – in 2007. At the finale in that year three drivers – the subsequent champion, Mattias EkstrÃ¶m, Mercedes driver Bruno Spengler and Martin Tomczyk – still had title chances.

… Martin Tomczyk, with a height of 1.88 meters, is the tallest racer in the DTM driver field.

… He completed a clerical apprenticeship but his secrete wish had always been to become a nursery school teacher.

… Martin Tomczyk would like to see Nicolas Cage as the actor to play his part if his career should ever inspire a movie.

… Martin Tomczyk not only enjoys close ties of friendship with his brother: Tobias is also the DTM racer’s manager.

… Martin Tomczyk is an ardent fan of the movie character "Rocky" and is able to recite major portions of the multi-part classic starring Sylvester Stallone from memory.

… He contested his first kart races at the age of eleven – at a parking lot marked by traffic cones. In 1994 Martin Tomczyk became German Kart Champion.

… Martin Tomczyk and his brother Tobias gave their father, Hermann Tomczyk, a Zero-G flight as a joint birthday gift. The three family members are planning to take the excursion into weightlessness together after the season.

… Martin Tomczyk is an avid techie and considered by his team-mates and friends alike the first person to turn to for questions about lap tops, cell phones and flat screen TVs.

… Martin Tomczyk enjoys spending time with plenty of horsepower off the track as well: He has a passion, among other things, for carefully tuned Harley Davidson motorcycles – albeit for cruising instead of riding at high speeds.

… Martin Tomczyk had the opportunity to make an appearance on the catwalk a few years ago with super models like Karen Mulder.

… Martin Tomczyk can be a serious "gambler" who always prefers a game of poker with friends to visiting a noisy disco.

… Martin Tomczyk is a soccer fan in general and a supporter of FC Bayern Munchen in particular. The DTM Champion has fought a few duels here and there at the PlayStation with Bastian Schweinsteiger.

… Martin Tomczyk for the first time this year since 2004 has not raced in a car sporting the colors of Red Bull. Nevertheless, he is still part of the company’s line-up and on the road as an ambassador for its "Wings for Life" foundation, among other things.

… With the title win he gave the long-standing partner "Schaeffler" a dream start as an Audi vehicle sponsor.