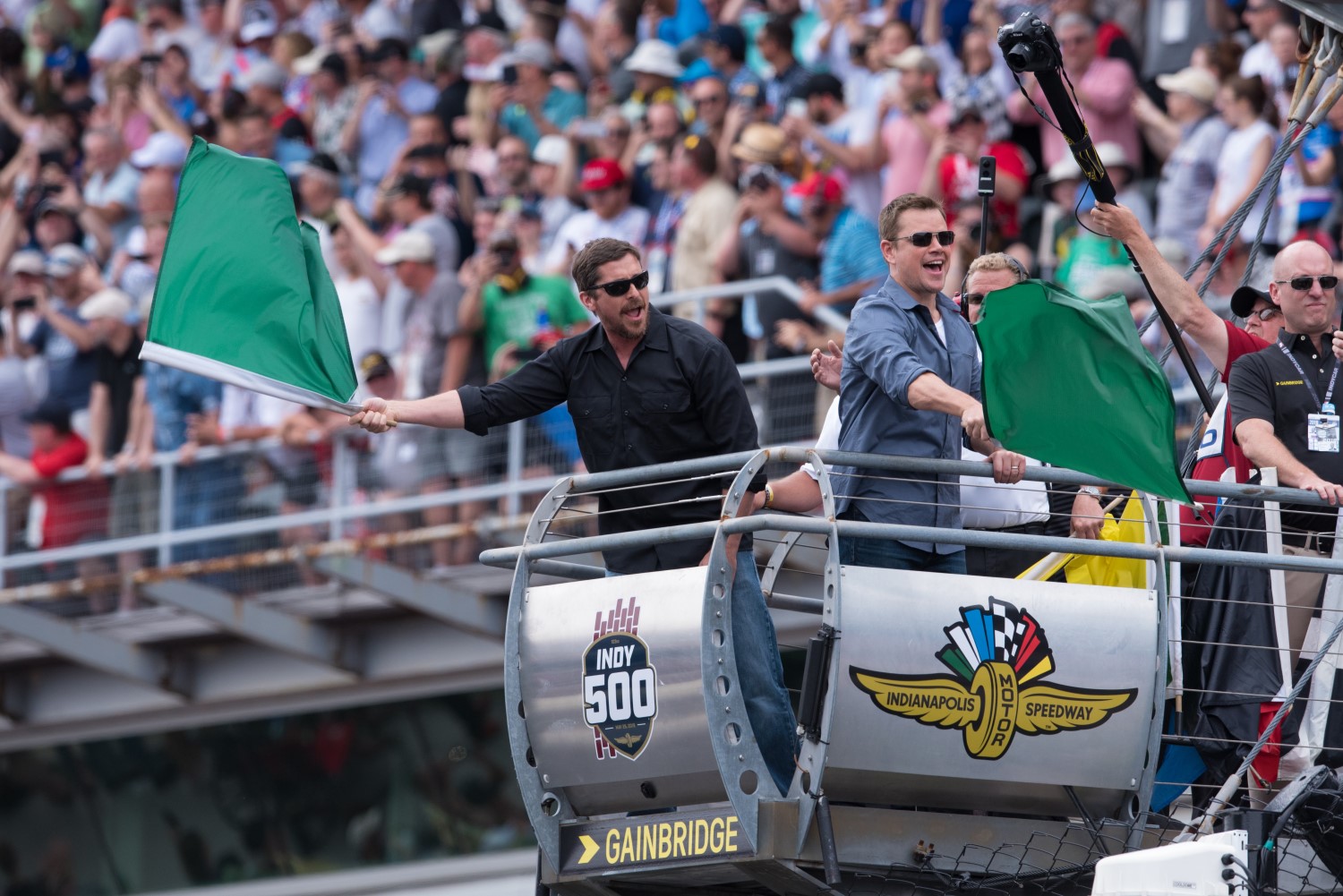 Academy Award-winners Matt Damon and Christian Bale are set to star in Ford v. Ferrari and we have our first look at the upcoming film.

Ford v. Ferrari is based on the true story of "the visionary American car designer Carroll Shelby (Damon) and the fearless British driver Ken Miles (Bale), who together battled corporate interference, the laws of physics, and their own personal demons to build a revolutionary race car for Ford Motor Company and take on the dominating race cars of Enzo Ferrari at the 24 Hours of Le Mans in France in 1966."

The film is being directed by Logan's James Mangold, and is written by Jez Butterworth, John-Henry Butterworth, and Jason Keller.

It was scheduled to be released on June 28, 2019, by 20th Century Fox. Filming began on July 30, 2018 on different locations in California, New Orleans, Atlanta, Savannah, Statesboro, GA and Le Mans, France

Ford v. Ferrari is now scheduled to be released in theaters on November 15, 2019.