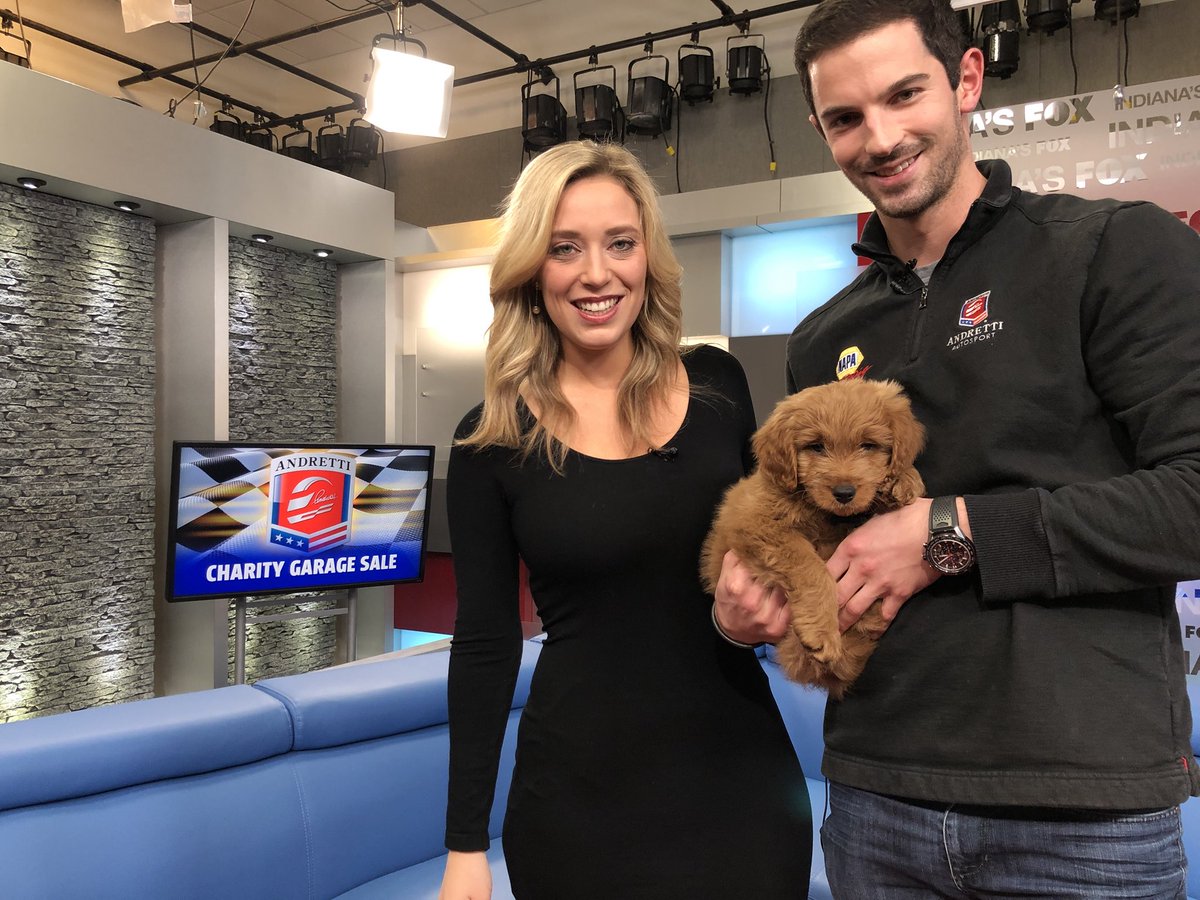 More specifically, Rossi is a dog dad to Brunner George, a mini golden doodle. Rossi and his girlfriend got Brunner from a breeder in Salt Lake City about a year and a half ago. He said they chose the breed because they wanted a dog that would be easy to travel with and not shed. They also wanted a “smallish" dog.

Rossi said they were promised he would be 25 pounds, but Brunner is actually 40 pounds! What’s in a name? Brunner is a combination of breakfast, lunch and dinner.

Brunner is friends with the other “Pit Pets" and loves to socialize. Rossi often drives Brunner around in a golf cart at the race track. He said it’s great to have a distraction at the track. No matter what kind of day he’s had, Brunner is always happy to see him. At this point, Rossi looks forward to leaving work behind in the evenings and spending time with his pup.

Brunner knows two tricks. He can high-five and he knows to lie down on command.