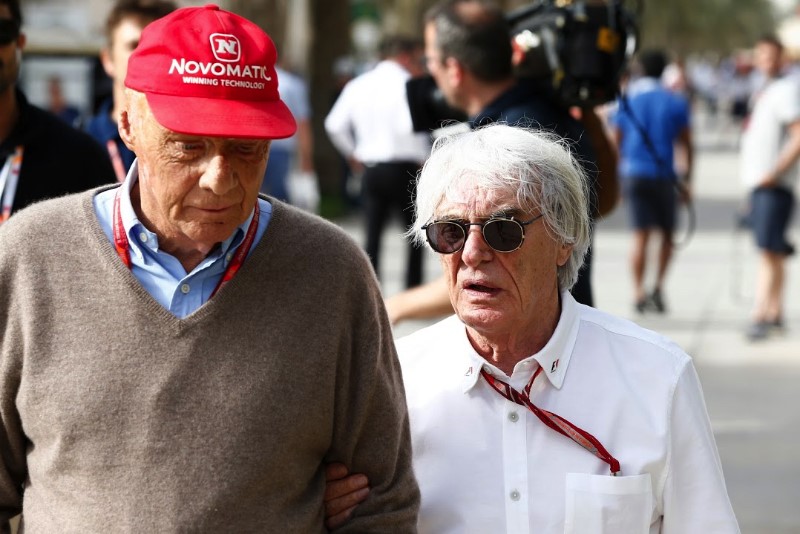 (GMM) Bernie Ecclestone says he will not be attending F1 legend Niki Lauda's funeral on Wednesday.

Having died late last Monday, 70-year-old Lauda will be buried in his racing suit after a funeral at a gothic Vienna cathedral.

Toto Wolff is expected to make a speech, and Lewis Hamilton answered "of course" when asked if he will also be there.

But Ecclestone, the former F1 supremo and lifelong friend of Lauda's, is not making an exception to his usual policy of sitting funerals out.

"I do not want to see Niki dead. He lives on for me," the 88-year-old told Bild newspaper.

Ecclestone's absence is not because the pair were not friends. Lauda once drove for his Brabham team, and the great Austrian's cap – to hide his facial burns – got its iconic color as they worked together at the red-liveried team in 1978.

Ecclestone told Bild this week: "Fabiana and I visited Niki at the clinic in Switzerland at the end of April. We could see how weak he was.

"We knew he would not go back to normal life."

Ecclestone recalls how he also saw Lauda months earlier for Christmas holidays in Ibiza, when the lung transplant seemed to have been a success.

"Things seemed to be going well, but Niki suddenly got worse and worse," he said.

"As sad as we all are, I think it was good for him in the end that he did not need to suffer any more than he did."