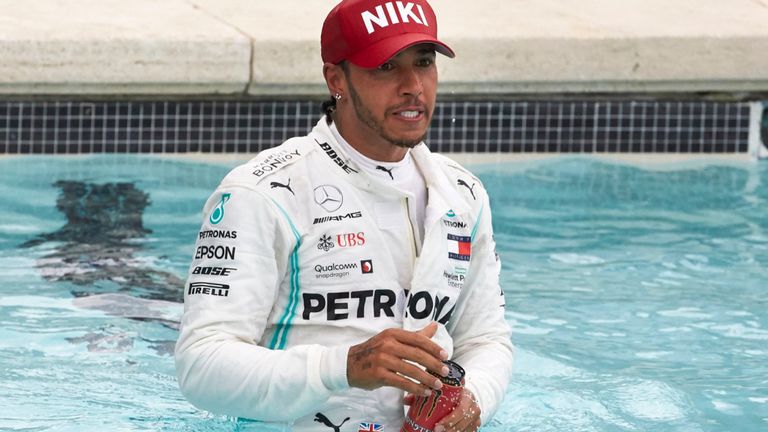 (GMM) Lewis Hamilton had to immediately shower after leaping into the famous Monaco swimming pool after winning on Sunday.

Footage shows the Mercedes driver jumping in with his Mercedes overalls on, and immediately getting out of the well-known public pool.

What the footage didn't show was Hamilton's immediate rinse-off.

"He had to go to the shower quickly because they use that water to put out fires and add chemicals for greater efficiency," said Movistar reporter Noemi de Miguel.

Although the winner, Hamilton struggled in Monaco with completely worn tires and a hard-charging Max Verstappen who made contact in the closing stages.

"That was definitely the hardest race I've had," said the five time world champion.

"I was really fighting with the spirit of Niki (Lauda)," he added.