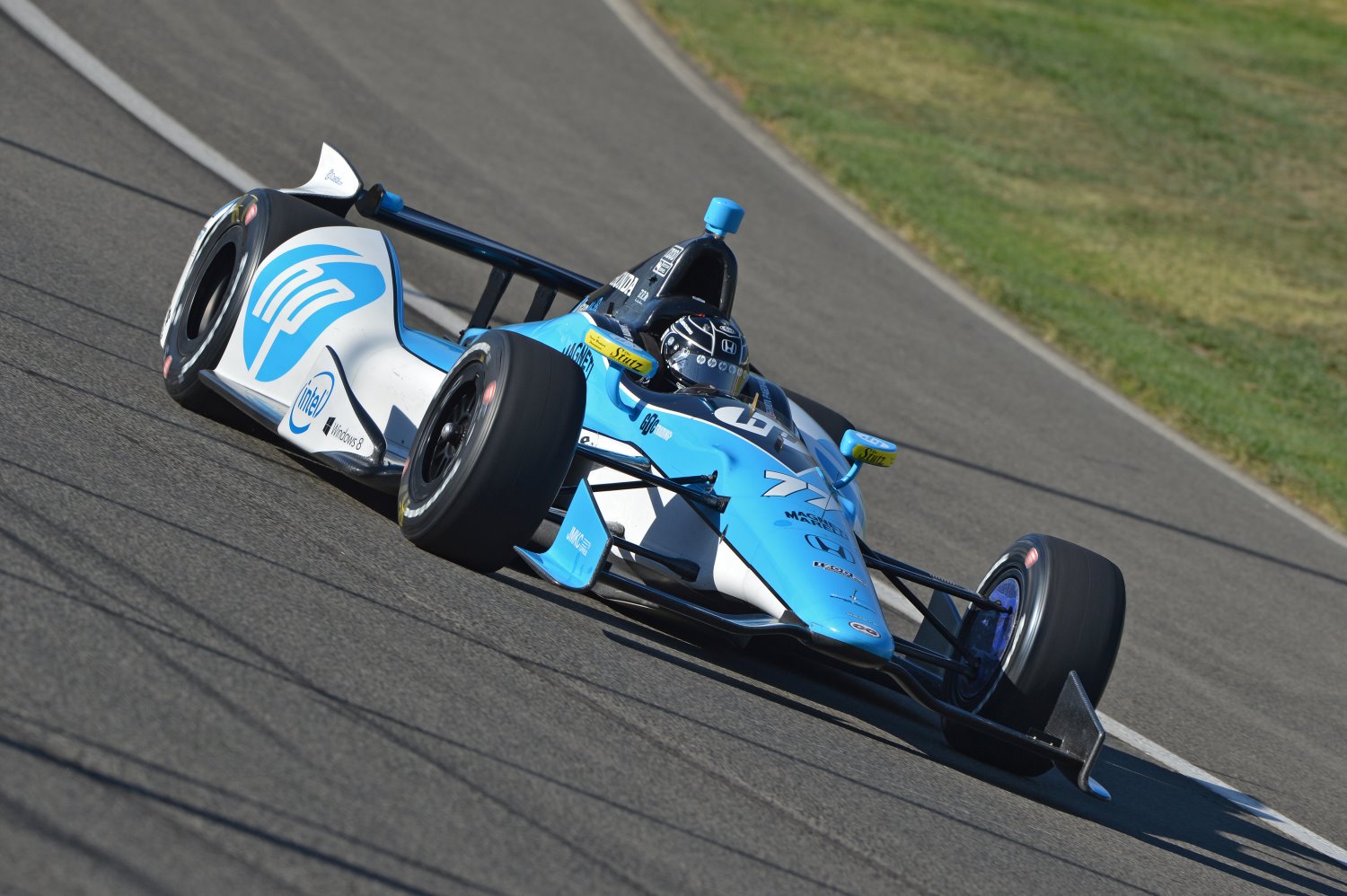 UPDATE #2 Any big name sponsors IndyCar and its team have continue to drop like flies as a result of the series low TV ratings because the owners of the series won't pay to put all the races on ABC so ratings average at least 1.0 and over 1 million viewers per broadcast. As a result money is flowing out of the paddock much faster than it is coming in. The latest to fly the coup – McAfee it would appear. Dragon Racing owner Jay Penske said the current 2014 budget only allows for a couple of IndyCar events and a Formula E program. Dragon will compete in the two IndyCar events at Indianapolis Motor Speedway (May 10 on the road course, May 25 on the oval), Penske confirmed. We have updated the 2014 IndyCar Silly Season page with the recent losses in sponsors and driver changes.

10/19/13 The sponsors are dropping like flies now as the low TV ratings noose tightens. Honda has issued the following statement regarding its decision to drop title sponsorship of the IndyCar Series’ Grand Prix of St. Petersburg after nine seasons:

“We continually evaluate our marketing promotions to assure that we have a portfolio of programs which reaches Honda’s broad customer base. The 2014 season will mark a strategic shift for American Honda in the allocation of its motorsports and marketing resources, in order to amplify its visibility at key events on the IndyCar Series schedule. We believe race sponsorships provide a unique at-track opportunity to reach racing enthusiasts and expose them to our brand and products. Moving forward, we will focus our efforts on the goal of providing the best fan experiences possible."

In a Friday evening report from Danielle Paquette of the Tampa Bay Times, race president Tim Ramsberger seemed to indicate that the event was caught off-guard by the decision.

“To say we’re surprised is an understatement," Ramsberger told the Times. “It’s a tough thing to experience but I don’t think it’ll damper the race. It won’t affect us going forward."

Honda had been the race’s title sponsor since its first edition under Indy Racing League/IndyCar sanction in 2005; it had been a Champ Car race for its inaugural running in 2003.

However, both Ramsberger and St. Petersburg mayor Bill Foster were bullish about the race’s long-term future in comments made for the Times’ report.

“Sponsors come and go," Foster said. “No one’s married to Honda. We’re married to the Grand Prix of St. Petersburg."

In a press release, Ramsberger said he learned last week of Honda’s decision, but that the race is “grateful for their support over the years and are pleased by the way in which the event has grown during this time."

The release also expressed confidence about the race’s ability to attract new sponsors that can augment the current support of the race from local and national partners, such as Firestone.

“They’ve all experienced first-hand the many benefits of the event both on-site and through the visibility of a global television audience," Ramsberger said. “We’re at the cusp of a new era for our event and I’m confident new and existing partners will step up and enjoy the growing benefits the Grand Prix of St. Petersburg has to offer." NBC Sports

The noose tightens as Tony George's 'Vision' for IndyCar Racing reaches full maturity – kill CART and let my family run the show. With TV ratings on NBC Sports Network now reaching all-time lows of around 0.1, the sponsors are abandoning ship. The 'family' is more than happy to collect the NBC Sports Network 'check' while the teams struggle to survive because they cannot land sponsorship with such low TV ratings. Hence they revert to ride-buyers, which leads to a revolving door of drivers, which leads to zero fan retention, which leads to even lower TV ratings. It's a vicious downward spiral that appears to have no happy ending.

So who is the latest victim in the family's 'vision'? Hewlett Packard's primary sponsorship of the No. 77 Schmidt Hamilton Racing Honda Indy car will come to a conclusion at the end the season, according to SHM co-owner Davey Hamilton.

Ric Peterson took an ownership stake in the Schmidt team for 2013, with the No. 55 Honda driven by rookie Tristan Vautier carrying the Schmidt Peterson Motorsports name on its entry list. The departure by HP will not impact the SPM program, but the reigning Firestone Indy Lights series champion, who has had a variety of sponsors piece a full season of funding together, could also be looking for funding to continue.

“It's still up in the air," said Peterson of Vautier returning next season. “We just found out about HP, and went from having to find funding for one car to now needing to find it for two. We have some lines on things, and we'll be back, no question about that. It's just tough news, but we'll be working over the winter to get both cars funded."